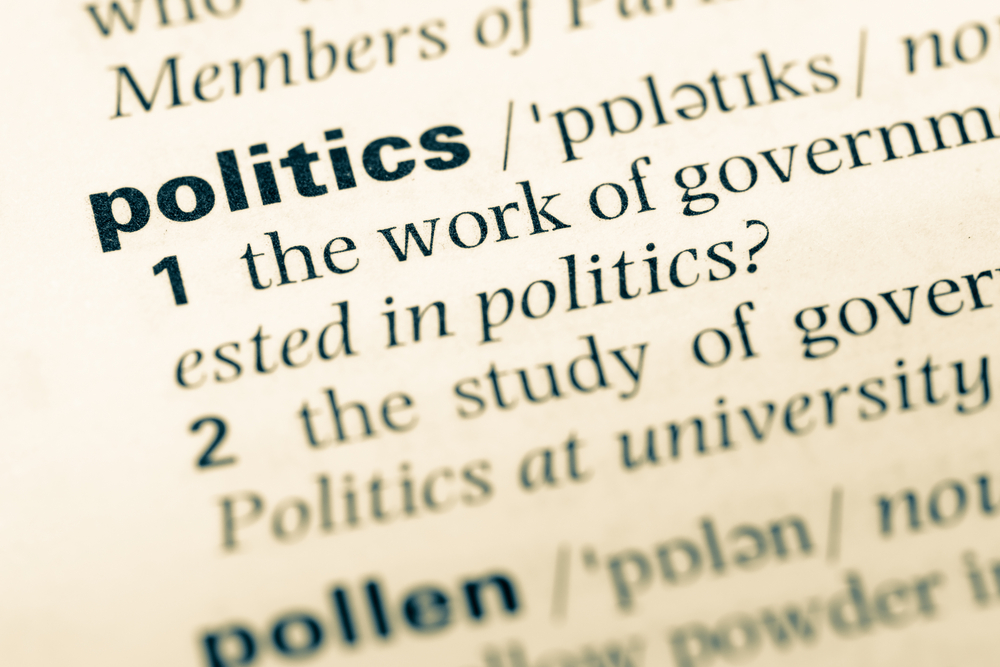 The major central banks have placed down their markers and have moved to stage left.  There are the late-month high frequency data, which pose some headline risks in the week ahead.  The focus for most investors will be on several political developments.

The major central banks have placed down their markers and have moved to stage left.  There are the late-month high frequency data, which pose some headline risks in the week ahead.  The focus for most investors will be on several political developments.

The first US Presidential debate is wild card, in the sense that the outcome is unknown.  In recent weeks, the polls have drawn close.  In early August, Nate Silver’s fivethirtyeight.com, the gold standard of the poll analysis, gave Trump about a 15% chance of becoming President.  It now puts the odds at near 40%.  Rarely have the odds of Trump’s election been higher.

At the same time, it should quickly be added that Silver has never had Trump the favorite.  In addition, the well-rehearsed narrative of high disapproval ratings of both Clinton and Trump, and the general disdain for both parties, the two leading third-party candidates are polling less than half of Ross Perot’s nearly 19% share of the popular vote in 1992.

Surveys indicate that nearly 20% of the electorate is either undecided or does not plan to vote this year.  The first of three presidential debates Monday night is expected to draw a large audience, but whether it will help the undecided decide or change many minds, is a different story.   Although momentum has favored Trump since the start of the month, it seemed to stall at the end of last week.

The weekend elections in Spain’s Basque country and Galicia may resolve the nine-month deadlock in Spain’s national politics.  Galicia is Prime Minister/caretaker Rajoy’s home region.  His party, the PP, is set to win.  The decisive factor may be who comes in second.  If it is not the Socialists (PSOE), pressure may grow on its leader Sanchez to relent and support a minority national government.

In Basque Country, the local Basque Nationalist Party (PNV) will likely be returned to office.  It is expected to garner a simple majority.  With the right concessions from Rajoy, such as decentralization and territorial reforms, the PNV can support the PP in Madrid.

The weekend elections set off a period of negotiating and jockeying for position.  A resolution is needed by the end of October, or the country faces a third election in a year.  If necessary, it would be held before the end of the year.

The OPEC meeting in Algiers may prove anti-climactic.  Speculation of a deal had lifted oil prices, but before the weekend, it became clearer to many, that there would be no deal.  The price of oil slid 4%, the most since mid-July.  The technical condition warns of further losses in the week ahead.

We are neither experts in the oil market nor specially trained in the nuances of Middle East affairs, but as acute students of political economy, we have consistently warned against ideas that an agreement is at hand, which have arisen on a number of occasions this year.  The bedrock of our argument is that Saudi Arabia will not yield market share to Iran.  Iran cannot agree to freeze its output until its production reaches pre-embargo levels near four mln barrels a day.  It has been stuck at about 3.6 mln barrels for the last few months.

What seemed to excite many were reports that the Saudi’s offered to cut output if the Iranians froze their production.  We suspect the Saudis understood that this was a non-starter, even if many market participants took the bait and drove prices nearly six percent higher in the four-day rally that ended before the weekend.  The Saudis’ tactics may have been aimed at deflecting criticism of low oil prices away from it, and its near-record output (~10.6 mln bpd in August), to Iran.

Hungary holds a referendum on October 2.  The referendum is on the EU refugee resettlement plan, which attempts to relieve some of the pressure on the frontline states like Greece and Italy.  The phrasing of the referendum points to its outcome:  “Do you want the European Union to be entitled to prescribe the mandatory settlement of non-Hungarian citizens in Hungary without the consent of parliament?” It seems clear that Hungary will vote against the EU plans.

Although Prime Minister Orban will be able to claim popular support for his opposition, it is not as if he waited for it.  A year ago, he sealed the border with Serbia, diverting the refugee flow away from the West Balkans toward Slovenia and Croatia.  He has taken a strong nationalistic and anti-Islam stance.  The risk that the Hungarian referendum emboldens others, especially, in eastern and central Europe, to reject the EU resettlement strategy.  Some fear that the Hungarian referendum is part of the EU existential crisis of which Brexit was the first expression.

There is a mitigating factor here: Germany.  After the CDU lost two state elections in September, the doubts over Merkel’s willingness and ability to seek a fourth term as Chancellor was a favorite topic among pundits.  We cautioned against repeating the mistake of many of Merkel’s critics who historically underestimated her.

Although it may not be widely recognized, the beginning of Merkel’s 2017 campaign began last week.  The most important step it to secure her flank.  This means healing the damage in the alliance with Bavaria’s CSU.    Immigration is the largest divisive issue.  Bavaria has borne the brunt of Merkel’s immigration initiative.

The head of the CSU, Seehofer, demanded a 200k cap on immigration for Merkel to secure its support for a fourth term.   Although Merkel has not endorsed this proposal yet, she does seem to be moving closer to it, and Seehofer appeared optimistic after meetings with the Chancellor at the end of last week.

Merkel tacked to the left take some of the SPD agenda, as in introducing a minimum wage, and embracing equal pay, which had also antagonized her conservative CSU ally.  In the national campaign, Merkel is expected to shift to the right.   This may entail an emphasis on law and order, and a harder line within the EU itself.  Merkel has about six weeks to make the political pivot.  The CSU holds its party conference in early November, where it is to decide whether to support Merkel or not.  Since the birth of the modern German republic, the CSU has endorsed the CDU candidate.

Although overshadowed by political developments, some economic data stands out.  In Japan, price pressures in August likely edged in the wrong direction.  Headline CPI is expected to have slipped to -0.5% from -0.4%.  If so, it will match the lowest this year.  Excluding food and energy, prices may have eased to 0.2% from 0.3%.   That would be a nearly three-year low print.  Household spending continues to fall on a year-over-year basis.  The 2.2% decline expected in August follows a 0.5% decline in July and would match the average over the past two years (24 months).

One bright spot for Japan will be industrial output.  It is expected to have risen 0.5% in August after a 0.4% decline in July.  A positive reading on a year-over-year basis would only be the second such reading of the year.

The Eurozone reports August unemployment and preliminary September CPI.  Unemployment is expected to have slipped to 10.0%.  That would represent a new cyclical low.  The last time unemployment in the Eurozone was that low was June 2011.   The PMI surveys showed prices rising, and it does seem that the low point in the cycle is behind it.  CPI is expected to tick up to 0.4% from 0.2% in August.  This would match the January high.  Eurozone inflation has not been higher since June 2015.

A key takeaway from such reports is that it may be difficult to forge a consensus at the ECB to do more than modestly tweak of its current orthodox and unorthodox measures.  After passing on the opportunity to decide to extend the asset purchases program earlier this month, the next opportunity comes in December with updated staff forecasts.  Even if tapering were announced, it would imply an extension beyond March 2017.  A conservative way to ease the anticipated shortage of securities is to modify the -40 bp limit (deposit rate) so that it applies to the average of purchases not to a single asset.

Both the US and UK report updated estimates of Q2 GDP.  There is a modest risk that the UK’s estimate may be shaved slightly owing to somewhat weaker services spending. The second estimate put UK growth at 0.6% on the quarter and 2.2% year-over-year.  Growth appears to have slowed here in Q3 to 0.3%-0.4%.

Note that Corbyn handily turned back the challenge to his leadership of the Labour Party.  It represents the tightening the grip of the fundamentalist wing of the party, which seemingly prefers principle to exercising power.  Prime Minister May has ruled out maneuvering to an early election, even though Labour seems unelectable.  However, the more she shifts away from Cameron’s agenda, which did secure a parliamentary majority, realpolitik considerations could encourage her to reconsider.

One of the under-appreciated shifts in the Fed’s dot plot was to cut its estimate long-term US growth (growth potential) to 1.8% from 2.0%.  Some saw this as a dovish signal, but we demur.  It implies that the non-inflationary pace of growth is lower than previously estimated.   It is not the ideal way to close the output gap, but the consequence is the same and justifies the gradual pace of normalization of monetary policy.  Increasing growth potential is not a something that monetary policy can address. It is a challenge for structural reforms and fiscal policy (public investment).