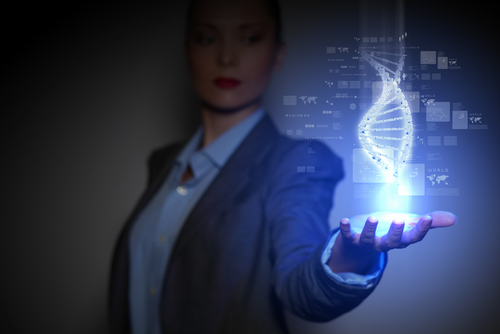 The US Supreme Court recently began deliberations in a case that will determine whether human genes may be patented. But we already know that permitting gene patents results in inefficiencies – including monopoly profits and a failure to maximize the use of knowledge – that impede the pace of innovation.

The US Supreme Court recently began deliberations in a case that will determine whether human genes may be patented. But we already know that permitting gene patents results in inefficiencies – including monopoly profits and a failure to maximize the use of knowledge – that impede the pace of innovation.

NEW YORK – The United States Supreme Court recently began deliberations in a case that highlights a deeply problematic issue concerning intellectual-property rights. The Court must answer the following question: Can human genes – your genes – be patented? Put another way, should someone essentially be permitted to own the right, say, to test whether you have a set of genes that imply a higher than 50% probability of developing breast cancer?

To those outside the arcane world of intellectual-property rights, the answer seems obvious: No. You own your genes. A company might own, at most, the intellectual property underlying its genetic test; and, because the research and development needed to develop the test may have cost a considerable amount, the firm might rightly charge for administering it.

But a Utah-based company, Myriad Genetics, claims more than that. It claims to own the rights to any test for the presence of the two critical genes associated with breast cancer – and has ruthlessly enforced that right, though their test is inferior to one that Yale University was willing to provide at much lower cost.

[quote]The consequences have been tragic: Thorough, affordable testing that identifies high-risk patients saves lives. Blocking such testing costs lives. Myriad is a true example of an American corporation for which profit trumps all other values, including the value of human life itself.[/quote]

This is a particularly poignant case. Normally, economists talk about trade-offs: weaker intellectual-property rights, it is argued, would undermine incentives to innovate. The irony here is that Myriad’s discovery would have been made in any case, owing to a publicly funded, international effort to decode the entire human genome that was a singular achievement of modern science. The social benefits of Myriad’s slightly earlier discovery have been dwarfed by the costs that its callous pursuit of profit has imposed.

More broadly, there is increasing recognition that the patent system, as currently designed, not only imposes untold social costs, but also fails to maximize innovation – as Myriad’s gene patents demonstrate. After all, Myriad did not invent the technologies used to analyze the genes. If these technologies had been patented, Myriad might not have made its discoveries. And its tight control of the use of its patents has inhibited the development by others of better and more accurate tests for the presence of the gene. The point is a simple one: All research is based on prior research. A poorly designed patent system – like the one we have now – can inhibit follow-on research.

Related: Is Monsanto Using Us As “Human Guinea Pigs”?

Fortunately, what motivates most significant advances in knowledge is not profit, but the pursuit of knowledge itself. This has been true of all of the transformative discoveries and innovations – DNA, transistors, lasers, the Internet, and so on.

A separate US legal case has underscored one of the main dangers of patent-driven monopoly power: corruption. With prices far in excess of the cost of production, there are, for example, huge profits to be gained by persuading pharmacies, hospitals, or doctors to shift sales to your products.

The US Attorney for the Southern District of New York recently accused the Swiss pharmaceutical giant Novartis of doing exactly this by providing illegal kickbacks, honoraria, and other benefits to doctors – exactly what it promised not to do when it settled a similar case three years earlier. Indeed, Public Citizen, a US consumer advocacy group, has calculated that, in the US alone, the pharmaceutical industry has paid out billions of dollars as a result of court judgments and financial settlements between pharmaceutical manufacturers and federal and state governments.

Sadly, the US and other advanced countries have been pressing for stronger intellectual-property regimes around the world. Such regimes would limit poor countries’ access to the knowledge that they need for their development – and would deny life-saving generic drugs to the hundreds of millions of people who cannot afford the drug companies’ monopoly prices.

The issue is coming to a head in ongoing World Trade Organization negotiations. The WTO’s intellectual-property agreement, called TRIPS, originally foresaw the extension of “flexibilities” to the 48 least-developed countries, where average annual per capita income is below $800. The original agreement seems remarkably clear: the WTO shall extend these “flexibilities” upon the request of the least-developed countries. While these countries have now made such a request, the US and Europe appear hesitant to oblige.

[quote]Intellectual-property rights are rules that we create – and that are supposed to improve social well-being. But unbalanced intellectual-property regimes result in inefficiencies – including monopoly profits and a failure to maximize the use of knowledge – that impede the pace of innovation. And, as the Myriad case shows, they can even result in unnecessary loss of life.[/quote]

America’s intellectual-property regime – and the regime that the US has helped to foist upon the rest of the world through the TRIPS agreement – is unbalanced. We should all hope that, with its decision in the Myriad case, the Supreme Court will contribute to the creation of a more sensible and humane framework.

Joseph Eugene Stiglitz is a professor at Columbia University and the recipient of the Nobel Memorial Prize in Economic Sciences in 2001 and the John Bates Clark Medal in 1979. Stiglitz has authored numerous books including Freefall: America, Free Markets, and the Sinking of the World Economy(2010), Globalisation and its Discontents (2002) and Making Globalisation Work (2006). Learn more about Joseph E. Stiglitz and his work at EconomyWatch.com.