Is Monsanto Using Us As “Human Guinea Pigs”? 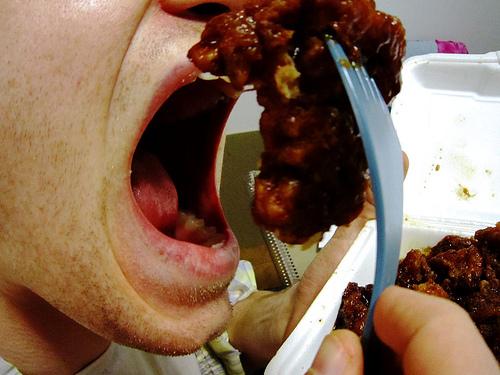 Nearly all research into GM (Genetically Modified) foods is funded by Monsanto, or other bio-tech companies, meaning truly independent data is rare. Some scientists claim only GM foods can feed the world’s booming population, but others say we are only using people as “human guinea pigs”.

Professor Terje Traavik is in a rare and privileged position in the world of GM research. As scientific director of Norway’s GenØk Centre for Biosafety, he presides over the only research institution in the field of gene ecology which is completely independent of funding from bio-tech companies like Monsanto.

“I live in a special country, giving me support for my independence from everybody except some colleagues,” said Professor Traavik, whose own research into GM crops was attacked mercilessly by the bio-tech industry. “I feel sorry for some scientists researching this area because of their lack of independence from the corporate giants. During conferences, over a post-meeting beer, they always say I’m lucky because I can say exactly what I want. Poor sods. I hope their salaries make up for their suffering.”

Professor Traavik has been claiming for years in speeches given all over the world that 95 percent of scientists working within relevant GM research areas (genetic engineering, molecular biology and genetics, synthetic biology) are directly, or indirectly, working for the bio-tech industry, whereas only 5 percent are independent.

“Industry representatives and agents dispute most of my conclusions, but never this one,” he said. “This is a far-reaching problem for societies, ecosystems and the Earth. Where do politicians and the public get unbiased scientific advice? These problems are especially grim in third-world countries, where they can’t afford ‘luxury’ research, so the bio-tech industry builds all the labs and pays wages, supplying money and instruments for the ‘right kind of science’ - no strings attached, of course!”

Despite widespread reports of the intimidation of scientists who produce ‘inconvenient’ results, Professor Traavik says intimidation is usually unnecessary.

“The scientific establishment is more than ever just that: an establishment. Monsanto et al do not need to intimidate the majority of scientists, because they are already on board their teams. That is why there is no shortage of techniques, methods and technologies within life sciences, but there is a shortage of critical minds and original hypotheses,” he said.

The sheer weight of industry money, allied to widespread cuts in education funding, makes it hard to resist corporate cash. But companies like Monsanto are far more interested in production-oriented research than research about potential risks, Professor Traavik says. “The ratio of funding is 1000:1 in favour of production,” he said.

A more complex perspective on scientific objectivity comes from Elson Shields, a Professor of entomology at Cornell University. Professor Shields admits that most university research into GMs is funded by Monsanto, or other bio-techs, but he argues that the science can still be independent.

“If there is a legal contract between Monsanto and me that says I can publish anything I want given good results, am I tainted by taking their money? I don’t believe I am because I have my personal and professional integrity, and the results are published in peer review publications,” he said.

Professor Shields, however, agrees with Professor Traavik that independent research is desirable in the field of GM crops, but is hindered by the fact that scientists cannot buy bags of biotech seed and do independent research because of legal restrictions on the use of patented varieties.

As a result of these concerns, Professor Shields, and 23 other leading corn insect scientists working at public research institutions, sent a statement to the Environmental Protection Agency (EPA) saying that data on GMs was “unduly limited”.

The statement said: “These (legal) agreements inhibit public scientists from pursuing their mandated role on behalf of the public good unless the research is approved by industry. As a result of restricted access, no truly independent research can be legally conducted on many critical questions.”

Professor Shields stresses that the public exposure of the issues by the group - which has led to easier access to seeds - did not mean they were opposed to GM foods.

“People think we objected because we are anti-GM and we are not. Our philosophy is that to prevent starvation in the world’s burgeoning population, it will take extraordinary genetic manipulations,” he said.

Professor Shields acknowledges, however, that some of the younger research scientists he works with are concerned that their public views could affect their careers if companies denied them access to patented traits and new varieties.

“One of the things we said as a group was that the established scientists will be in the public eye so that if a GM company wants to attack us, we are already well-established. If you are a young scientist and your assignment is working on insect pests in a corn state and companies decide they won’t work with you, you have a problem,” he said.

Professor Shields says that as a result of the group’s public stand – and the attendant negative publicity for the bio-techs in the New York Times – since 2010 public scientists in research institutions across the US can conduct “a wide range of independent research with minimal restrictions on commercially available GM varieties under broad legal agreements negotiated with their institutions and the GM companies”.

But these public institutions are still a small minority in the US, and many scientists still fear a corporate backlash if they publish undesirable results. They hear having access to seeds removed, or smear attacks. This has already happened to a significant number of scientists.