Home » First its the Jobs Estimate, then the Data, while the Dollar Waits

First its the Jobs Estimate, then the Data, while the Dollar Waits 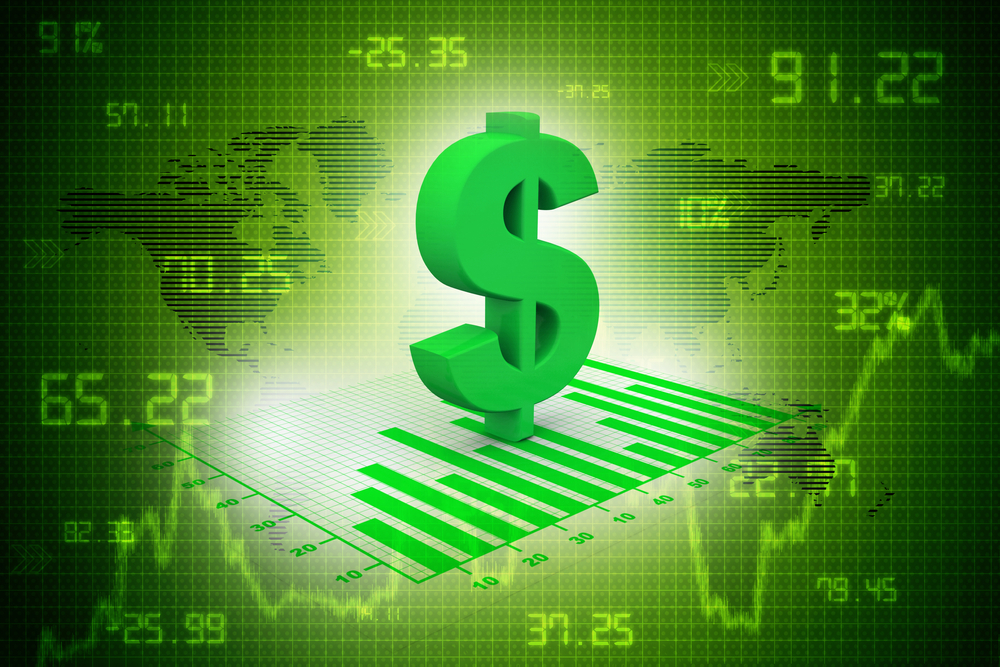 The US dollar is a little softer against most of the major and emerging market currencies.  The exception is the Japanese yen, where the greenback has moved above JPY103 for the first time in a month.  The tone is consolidative as the market awaits assurances that the jobs growth this month has been sufficiently strong as to keep the prospects of a September meeting still alive.

The US dollar is a little softer against most of the major and emerging market currencies.  The exception is the Japanese yen, where the greenback has moved above JPY103 for the first time in a month.  The tone is consolidative as the market awaits assurances that the jobs growth this month has been sufficiently strong as to keep the prospects of a September meeting still alive.

That said, before the weekend, the September Fed funds futures implied a 42% chance of a hike, whereas by the close yesterday, the odds had been scaled back to 34%.  Moreover, the dollar remained firm.  The ADP employment estimate kicks off the focus on US jobs.

The median forecast from the Bloomberg survey is 175k, essentially unchanged from 179k in July.  Our caveat is straightforward.  The June and July jobs growth was well above recent and long-term averages.  A mean-reversion process warns of the risk of the softer number.  Moreover, the recent pattern, that is for the past five years, and the actual August report has been below median expectations.

Whereas the news stream has picked up today, month-end considerations may also be operating.  The US dollar ticked up against most of the major currencies.  The exceptions were the Scandi bloc and the New Zealand dollar.  On the other hand, the Swiss franc was the weakest, losing around 1.3% and the yen, which is off 1% coming into the last North American session in August.

Benchmark 10-year bond yields tended to rise–a dozen basis points in the US and Japan, 2-4 bp in core Europe.  Peripheral European bonds and UK Gilts saw around a six bp decline in 10-year yields.  Equities were mostly higher, though the US S&P 500 is up a little more than 0.1% on the month coming into today’s session.

Japan disappointed with a flat July industrial production report.  The market had looked for around a 0.8% gain.  Industrial output is down 3.8% year-over-year.  The problem is the domestic demand has been soft, as have exports.   Many see such soft data as putting more pressure on the BOJ to ease monetary policy further when it meets later this month.  The Nikkei gapped higher today.  It finished a little below 16900.  The 17000 capped it July and August.  While the technicals look constructive, the key may be the yen.  The JPY103.50 area is the next immediate target.  It is a 50% retracement of the dollar’s losses since the July high.  Above there the JPY104.00 area beckons.

Eurozone data also disappointed.  The July unemployment rate did not improve.  It remains at 10.1% for the fourth consecutive month.  It finished last year at 10.5%.  The August CPI was also unchanged at 0.2%.  The market had expected a little improvement, but yesterday’s softer German numbers make today’s report somewhat less surprising.  The core rate was also softer at 0.8%, slipping from 0.9%.

While many observers do not expect the ECB to ease policy next week, it cannot be happy with today’s report.  It can only reinforce the concern expressed by the ECB over the lack of progress.  It is difficult to see how it does not extend its asset-buying program.  This, in turn, raises questions about the scarcity of some issues.  While Germany is the focus, it is not the only country where supply may become a more pressing issue.

There were also a few national reports from Europe that are worth noting.  First, while German retail sales (July) were well above expectations, France disappointed.  German retail sales jumped 1.7%, more than threefold more than expected and the highest since June 2014.  French consumer spending fell 0.2% in July.  It is the fourth consecutive decline.

On the other hand, French harmonized CPI rose 0.4% in August, which is also the increase over the past year.  Italian inflation was a bit better than expected at flat.  The year-over-year pace moved to zero from -0.2%.  It is the first non-negative reading since January.

Nationwide reported UK house price index rose 0.6% in August, defying expectations for a decline.  The year-over-year pace of 5.6% is the highest since March.  Sterling itself is firm, but is range-bound.  It has formed a shelf this week near $1.3060.  The top of the range is a little more than a cent higher.  Prime Minister May is meeting with her cabinet today, in part to prepare to be peppered at the G20 meeting about Brexit intentions and what “Brexit means Brexit” really means.

In addition to the US ADP (and Chicago PMI), Canada’s GDP will draw attention.  Canada is one of the few that report monthly GDP.  The economy likely snapped back from the 0.6% contraction in May.  A 0.4% gain is expected.  However, the quarterly GDP may attract more attention, though it is mostly old news.  The economy may have contracted by 1.5%.  Moreover, we learned yesterday that the Q2 current account deficit swelled by near 20% (to near a record at C$19.9 bln).

The US dollar is firm against the Canadian dollar after a three-day rally.  That advance has brought it above the downtrend line from the late-July highs.  Oil prices also remain soft and do the Loonie few favors.  Comments from Saudi and Iranian officials make it harder to be optimistic about next month’s meeting.  A foothold above CAD1.31 could see a quick push toward CAD1.32.

Dollar Bides Times, Month-End at Hand, Jobs Data Ahead is republished with permission from Marc to Market