Home » Dovish FOMC Minutes Signal Some Push Back Against the Hawks

Dovish FOMC Minutes Signal Some Push Back Against the Hawks 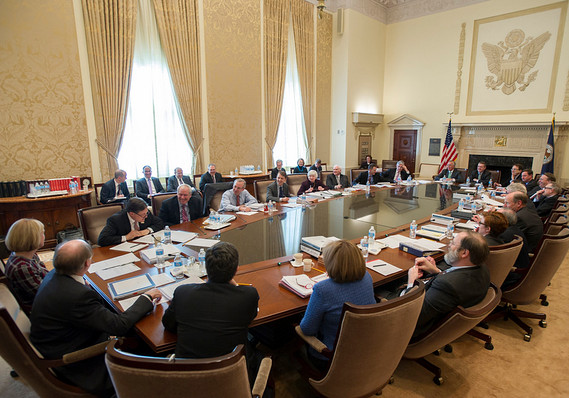 The dovish FOMC minutes have pushed the consolidative tone into a dollar correction.  Asia and European markets extended the dollar decline.  These losses brought the greenback near initial retracement objectives or technical targets.

The dovish FOMC minutes have pushed the consolidative tone into a dollar correction.  Asia and European markets extended the dollar decline.  These losses brought the greenback near initial retracement objectives or technical targets.

Global stock and bond markets have rallied in the wake of the US performance yesterday, and favorable Alcoa earnings, which kicked off the Q3 US corporate earnings season.  The Nikkei, which lost about 0.75% was a notable exception, though given the correlation with the yen, it is not very surprising.  On the other hand, the yield on the 10-year JGB slipped to fall to its lowest level (0.48%) since late August.  In Europe, the sharp downside momentum in the equity market over has been arrested.  The Dow Jones Stoxx 600 I sup 0.8%, led by materials and information technology.  Benchmark 10-year yields have mostly returned to the lows seen earlier this year.

The exception here is Greece.  The 10-year yield is off 10 bp today but is still up 11 bp over the past five sessions.  There is concern both about what an early exit for the aid plans that Prime Minister Samaras appears to be pushing means for ECB buying its below investment grade ABS, and ahead of a confidence vote tomorrow.

We have warned that FOMC minutes are noisy.  Last time, the hawks seemed to have the upper hand.  This time, the doves pushed back.   They can cite the falling inflation expectations, measured by market-based instruments, like the 5-year/5-year forward or the break-even (difference between inflation-linked and conventional bonds).  However, as is often appreciated in private conversations with officials, these market-based measures are not clean.  The differences in liquidity, for example, may distort the findings.

In any event, we would again stress a disciplined approach to “Fed-watching”.  This is that the true policy signal comes from the Troika (Yellen, Fischer and Dudley).  This Troika continues to forge a centrist consensus.  Dudley spoke earlier this week and was clear that a mid-2015 rate was still a reasonable expectation.  He continued to refer to the labor market as having “significant slack”.  Fischer speaks later today in Washington.

There were two fundamental developments to note:  Australia jobs report and Germany/France trade balances.  Australia jobs data has been skewed by a sampling change and the decision to drop the seasonal adjustments.   It may take economists and investors some time to sort out the underlying signal.  In September, Australia lost 29.7k jobs, but gained 21.6k full-time positions and lost 51.3k part-time positions.   The participation rate fell to 64.5% from a revised 64.7%, which is a new low.

The Australian dollar gains are more a reflection of the US dollar correction and market positioning than an improvement in Australia’s macro-picture.  The Australian dollar has recorded higher highs and higher lows each day this week.  It had fallen nearly 8 cents over the past month (~$0.9400 on Sept 5 and a little below $0.8645 at the end of last week).

German and French trade balances illustrate two points.  The first is the divergence between the two.  German reported a 14.1 bln euro trade surplus.  France reported a 5.78 bln deficit.  The second is the headwinds facing Germany.  The trade surplus was about 20% smaller than expected as exports slumped 5.8% offsetting in full the 4.8% increase in July.   Imports were off 1.3% (the consensus expected a 0.9% increases, according to Bloomberg).  August was the second consecutive month that imports fell, and they are off three in the past four months.

The risk that Germany slips in to a recession of sorts has been heightened by the recent string of poor data.   While the impact of the sanctions and counter-sanctions on Russia are no doubt playing a role, we suspect that the slowing of China’s economy is also impacting.  We do not think there is an agreed upon technical definition of a recession, a rule of thumb of two consecutive quarterly contractions might be useful but, for example, it is not what the US uses.  Still, given Weidmann’s comments, it is not yet enough to get the Bundesbank to soften its criticism of the ABS purchase plan (on which it was over-ruled).

Doves Push Back, but the Center will Hold is republished with permission from Marc to Market