Cyprus Bailout: Centre Of A Power Struggle Over Natural Gas? 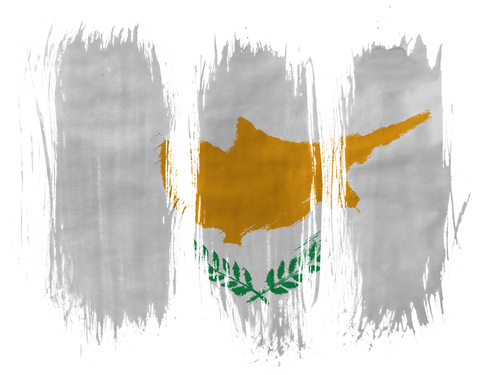 If government estimates are accurate, Cyprus may be sitting on an amazing 60 trillion cubic feet of natural gas – enough to cover 40 percent of the European Union’s gas supplies. The complication however comes in that Russia, a strong ally of Cyprus, is already Europe’s largest supplier of natural gas; and neither Russia nor the European Union are willing to give up their “pawn” in an ongoing energy struggle.

If government estimates are accurate, Cyprus may be sitting on an amazing 60 trillion cubic feet of natural gas – enough to cover 40 percent of the European Union’s gas supplies. The complication however comes in that Russia, a strong ally of Cyprus, is already Europe’s largest supplier of natural gas; and neither Russia nor the European Union are willing to give up their “pawn” in an ongoing energy struggle.

Editor’s Note: The following post was written before a Cyprus bailout package was reached in the early hours of March 25, 2013.

Cyprus is preparing for total financial collapse as the European Central Bank turns its back on the island after its parliament rejected a scheme to make Cypriot citizens pay a levy on savings deposits in return for a share in potential gas futures to fund a bailout.

On Wednesday, the Greek-Cypriot government voted against asking its citizens to bank on the future of gas exports by paying a 3-15 percent levy on bank deposits in return for a stake in potential gas sales. The scheme would have partly funded a $13 billion EU bailout.

It would have been a major gamble that had Cypriots asking how much gas the island actually has and whether it will prove commercially viable any time soon.

In the end, not even the parliament was willing to take the gamble, forcing Cypriots to look elsewhere for cash, hitting up Russia in desperate talks this week, but to no avail.

The bank deposit levy would not have gone down well in Russia, whose citizens use Cypriot banks to store their “offshore” cash. Some of the largest accounts belong to Russians and other foreigners, and the levy scheme would have targeted accounts with over 20,000 euros. So it made sense that Cyprus would then turn to Russia for help, but so far Moscow hasn’t put any concrete offers on the table.

Plan A (the levy scheme) has been rejected. Plan B (Russia) has been ineffective. Plan C has yet to reveal itself (at time of writing). And without a Plan C, the banks can’t reopen. The minute they open their doors there will be a withdrawal rush that will force their collapse.

In the meantime, cashing in on the island’s major gas potential is more urgent than ever – but these are still very early days.

In the end, it’s all about gas and the race to the finish line to develop massive Mediterranean discoveries. Cyprus has found itself right in the middle of this geopolitical game in which its gas potential is a tool in a showdown between Russia and the European Union.

[quote]The EU favored the Cypriot bank deposit levy but it would have hit at the massive accounts of Russian oligarchs. Without the promise of Levant Basin gas, the EU wouldn’t have had the bravado for such a move because Russia holds too much power over Europe’s gas supply.[/quote]

The Cypriot government believes it is sitting on an amazing 60 trillion cubic feet of gas, but these are early days – these aren’t proven reserves and commercial viability could be years away. In the best-case scenario, production could feasibly begin in five years.

Exports are even further afield, with some analysts suggesting 2020 as a start date.

In 2011, the first (and only) gas was discovered offshore Cyprus, in Block 12, which is licensed to Houston-based Noble Energy Inc. (NBL). The block holds an estimated 8 trillion cubic feet of gas.

To date, the Greek Cypriots have awarded licenses for six offshore exploration blocks that could contain up to 40 trillion cubic feet of gas. Aside from Noble, these licenses have gone to Total SA of France and a joint venture between Eni SpA (ENI) of Italy and Korea Gas Corp.

But the process of exploring, developing, extracting, processing and getting gas to market is a long one. Getting the gas extracted offshore and then pumped onshore could take at least five years and some very expensive infrastructure that does not presently exist. The gas would have to be liquefied so it could be transported by seaborne tankers.

There are myriad problems to extracting Cypriot gas—not the least of which is the fact that some of this offshore exploration territory is disputed by Turkey, which has controlled part of the island since 1974.

Gas exploration has taken this dispute to a new level, with Turkey sending in warships to halt drilling in 2011, and threatening to bar foreign companies exploring in Cyprus from any license opportunities in Turkey. The situation is likely to intensify as Noble prepares to begin exploratory drilling later this year in Block 12.

In the meantime, there is no shortage of competition on this arena. Cyprus will have to vie with Israel, Lebanon and Syria – all of which have made offshore gas discoveries of late in the Mediterranean’s Levant Basin, which has an estimated total of 122 trillion cubic feet of gas and 1.7 billion barrels of oil.

While Cypriot citizens are not willing to gamble away their savings on gas futures, Russia and the European Union are certainly less hesitant.

This is both a negotiating point for Cyprus and a convenient tool of blackmail for Russia and the EU. Essentially, the bailout is the prop on a stage that will determine who gets control of these assets.

Theoretically, Cyprus could guarantee Russia exploration rights in return for assistance. As much as this is possible, the EU could ease its bailout negotiations if it becomes clear that a Russian bailout of sorts is imminent.

Gas finds in the Mediterranean and particularly across the Levant Basin – home to Israel’s Leviathan and Tamar fields – could be the answer to Russian gas hegemony in Europe. The question is: How much does Cyprus count in this equation? A lot.

Though only half of the estimated resources in the Levant Basin, Cyprus’ potential 60 trillion cubic feet of gas could equal 40 percent of the EU’s gas supplies; and be worth a whopping $400 billion if commercial viability is proven.

Russia is keen to keep Cyprus and Israel from cooperating too much toward the goal of loosening Russia’s grip on Europe before Moscow manages to gain a greater share of the Asian market.

Russia is also not keen on Israel’s plan to lay an undersea natural gas pipeline to Turkey’s south coast to sell its gas from the Leviathan field to Europe. Turkey hasn’t agreed to this deal yet, but it is certainly considering it. This is fraught with all kinds of political problems at home, so for now Ankara is keeping it as low profile as possible.

With all of this in mind, Russia is doing its best to get in on the Levant largesse itself. While it’s also courting Lebanon and Syria, dating Israel is already in full force. Gazprom has signed a deal with Israel that would give it control of Tamar’s gas and access to the Asian market for its liquefied natural gas (LNG). Tamar will probably begin producing already in April at a 1 billion cubic feet/day capacity.

Related: Turkey: The Big Winner In The Mediterranean Shale Game?

In accordance with this deal, which Israel has yet to approve, Gazprom will provide financial support for the development of the Tamar Floating LNG Project. In return, Gazprom will get exclusive rights to purchase and export Tamar LNG. It is also significant because Tamar is a US-Israeli joint venture – so essentially the plan is to help Russia diversify from the European market.

[quote]What does this mean for Cyprus? The chess pieces are still being put on the board, and both fortunately and unfortunately, Cyprus’ gas potential will be intricately linked to its bailout potential.[/quote]

Jen Alic is co-founder and senior analyst for ISA Intel consulting and editorial director for the Washington, DC-based Global Intelligence Report. Cypriot Bailout Linked to Gas Potential is republished with permission from OilPrice.com