Turkey: The Big Winner In The Mediterranean Shale Game? 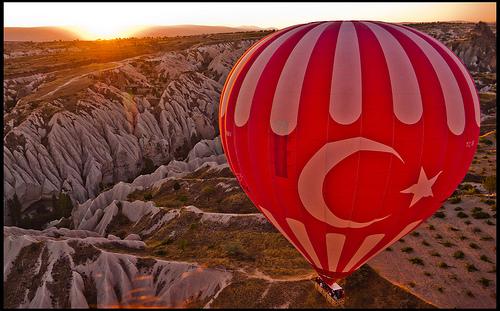 The Mediterranean has joined the shale game, but as most of Europe's Mediterranean countries drag their feet, all eyes are on Israel, Turkey, and Algeria.

For Israel, it will be a slow road without the majors.

For Algeria, it's full speed ahead, in theory—but the foreign interest is just dabbling for now due to a lack of shale infrastructure.

For Turkey, the situation is more promising thanks to a renewed interest by the majors and a near-perfect blend of good governance and attractive fiscals. Here's what the playing field looks like:

Turkey is the best bet here. In Turkey, it's all about the Dadas Shale, in which the majors have recently expressed a renewed interest, making the game immediately more promising for the North American juniors who are betting heavily on this play.

The Dadas Shale is being compared to Texas' Eagle Ford shale and Oklahoma's Woodford shale in both size and potential. What is that potential? Well, those who are investing in it say it has more than 100 billion barrels of original oil in place.

While nothing's being produced, testing is about to begin and new technology has the majors and juniors highly optimistic.

• Everyone likes working with the Turkish government – permits are fast and bureaucracy is kept to a minimum. Turkey is too keen to become a regional energy hub to let bureaucracy stand in the way. There's just too much riding on this.

• The infrastructure is already there; it's easy to refine and get to your choice of markets

• The National Oil Company is holding on to key geological data that would help the industry, but this year should see some new regulations that make exploration even easier

Some think Israel is on the verge of a major energy revolution because of the combination of shale discoveries and a recent conventional natural gas discovery (16 trillion cubic feet).

While Israel doesn't have much by way of heavy oil, it does have world-class shale oil resources.

Shale can contain both natural gas and oil, and in terms of oil, Israel's shale plays put it in third place vis-à-vis expected volume, behind the US and China (but ahead of Russia).

• If these shale oil reserves can be extracted, we're talking about making Israel a rival to Saudi Arabia

• Still in the very early stages of this game

• The regulatory environment isn't perfect and the government has raised taxes since discoveries; permits are also hard to come by

• For now, this will remain a game for the juniors. The majors aren't interested: it's a bit tricky to operate in the Arab world and in Israel at the same time

• Because of the above, exploration and extraction will be SLOW, and the market will ignore it for now

Related: How Shale May Change The Future Of Geopolitics: Robert D. Kaplan

Algeria –suffering from a decline in conventional production and foreign investment interest recently – has dived right into shale with its state-backed energy firm, Sonatrach. In fact, Algeria seems to be solely focusing on shale now and all its efforts are directed at attracting foreign partners to its shale plays.

• Soon-to-come (progressive) tax laws and regulations governing the industry; these new laws will encourage unconventional exploration (the opposite that is happening in Europe)

• Contractual terms are already favorable and the new tax law, if passed, will adjust royalty fees for levels of production. It will also adjust taxes on oil revenues to be proportionate with exploration difficulty and exploration risk

• The government has outlined an $80 billion energy investment plan; $60 billion of that is earmarked for exploration, the rest for infrastructure (including refining capacity)

• Doesn't have the infrastructure for shale (though that hasn't stopped the interest—Italy's Eni, Exxon Mobil Corp., Royal Dutch Shell to name a few)

• The singular focus of the new hydrocarbon law on shale—at the expense of conventional exploration—is not necessarily sending the right message to foreign investors. Algeria needs its traditional oil and gas production to increase in order to fund its shale ambitions, and infrastructure …

• The ongoing hostage crisis at a BP-operated gas field in the Algerian Sahara desert bodes ill for the entire Sahel. This will reverberate throughout Algeria and then on to Niger and across the Sahel.

So where do you put your money?

Turkey - no contest. This is a combination package that includes good governance, good fiscals, brilliant infrastructure and a clear pay off as soon as the juniors and majors strike shale. This is a solid, long-term play whose importance to Turkey's overall energy ambitions cannot be understated.

This report is part of Oilprice.com's premium publication Oil & Energy Insider. To find out more on how you can get a legal inside advantage in the energy markets please take a moment to visit: http://oilprice.com/premium.

See also: The Shale Boom: Separating The Hype From Reality – Interview With Michael LeviSee also: How Shale May Change The Future Of Geopolitics: Robert D. Kaplan