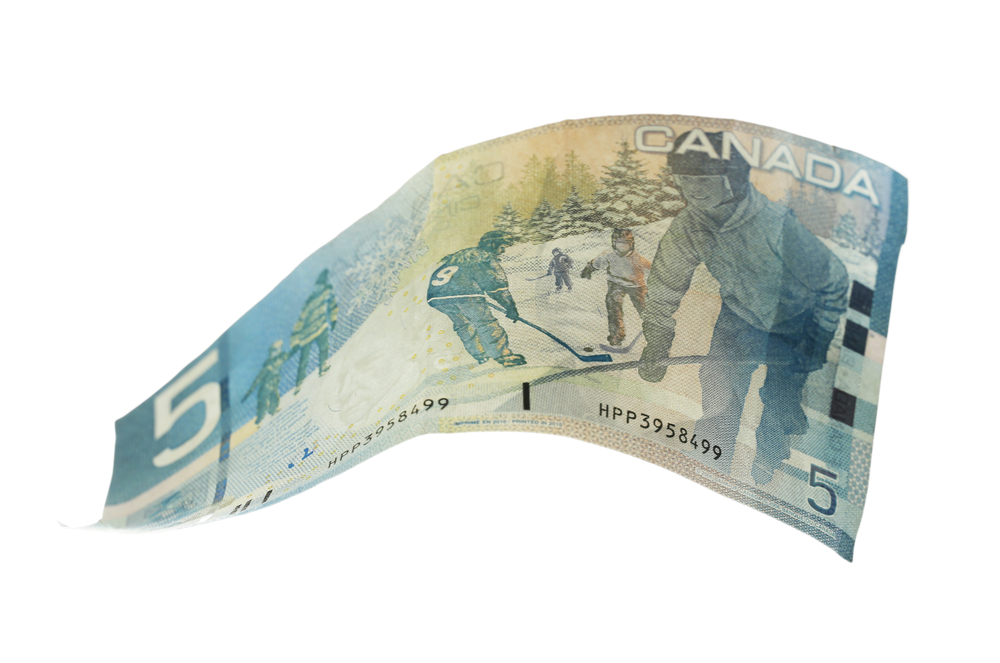 There had been two main sources of pressure on the Canadian dollar.  The drop in oil prices poses a negative terms of trade shock on the economy. While under normal conditions, we typically emphasize factors that impact the capital markets over the goods markets when assessing the outlook for a major currency.  This is especially true of a reserve currency. However, the magnitude of the decline in oil prices, and the fact that various parts of the Canadian economy seemed leverage to high oil prices requires adjusted our analytic framework.

The second factor that has pressured the Canadian dollar is the Bank of Canada’s monetary policy.  The January rate cut was a surprise.  Last month’s rate cut was less surprising, but the dovishness of the central bank was unexpected.  Bank of Canada Governor Poloz not only kept the door open to additional easing but also put QE on the table for the first time.  To be sure, expanding the central bank’s balance sheet was cited in the context of a range of options that the central bank could adopt if necessary.  It was clearly not a commitment to do so at this juncture.

Canada surprised investors before the weekend by reporting that the economic contraction that was evident in Q1 has spilled over well into Q2.  The May GDP unexpected contracted 0.2% after a 0.1% contraction in April.  According to the monthly GDP estimate, the Canadian economy expanded only in one month since last October, and that was the 0.4% expansion in December 2014. In contrast, note that the Q1 contraction in the US has been revised away (now +0.6%) and Q2 expanded by 2.3%.  The divergent economic performance is reflected in the expected divergence of the trajectory of monetary policy.

To these macroeconomic considerations, we must add a third factor.  Prime Minister Harper has called for elections.  It will be held on October 19.  Although the US presidential election is not until November 2016, it is already underway.  Some would say it began the day after the 2012 election.  By Canadian standards, this is a long campaign period, the longest in modern Canadian history.

The reason it is negative for the Canadian dollar is that it boosts uncertainty over policy.  Harper is one of the longest serving Prime Ministers in Canada.  He has pursued a conservative agenda.  He cut government and taxes.  Harper’s policies have generally been perceived as pro-business and friendly for investors.  The latest polls (from July) show Harper’s challenge.  His Conservatives are trailing in the polls 31.6 to 32.6 for the left-of-center New Democrats.  The NDP unexpectedly won the local election in Alberta, one of the most conservative provinces.  The centrist Liberals are polling around 25%.

In the last election (2011), Harper’s Conservatives won 166 seats in the 308-member House of Commons. However, new constituencies have been formed and in new the House of Commons there will be 338 seats.  Harper formed a majority government in 2011, but this was an exception.  The prior three elections (one led by the Liberal Paul Martin and the other two by Harper) produced minority governments.

In response to the drop in oil prices and news that the economy contracted in May, the US dollar posted an outside up day (traded on both sides of the previous day’s range and closed above the previous day’s high) before the weekend against the Canadian dollar.  There has been follow through buying of the US dollar against the Canadian dollar since investors were able to respond to the election announcement.  The US dollar is at new multi-year highs.  To the extent that resistance denotes where (US dollar) supply may come in, technical levels may not be particularly helpful.  We have suggested the next objective is near CAD1.3450, and see potential toward CAD1.40 over the long-term. The upper Bollinger Band set at two standard deviations above the 20-day moving average is near CAD1.3200.