Home » After a Rough Week, the Dollar Finds a Footing

After a Rough Week, the Dollar Finds a Footing 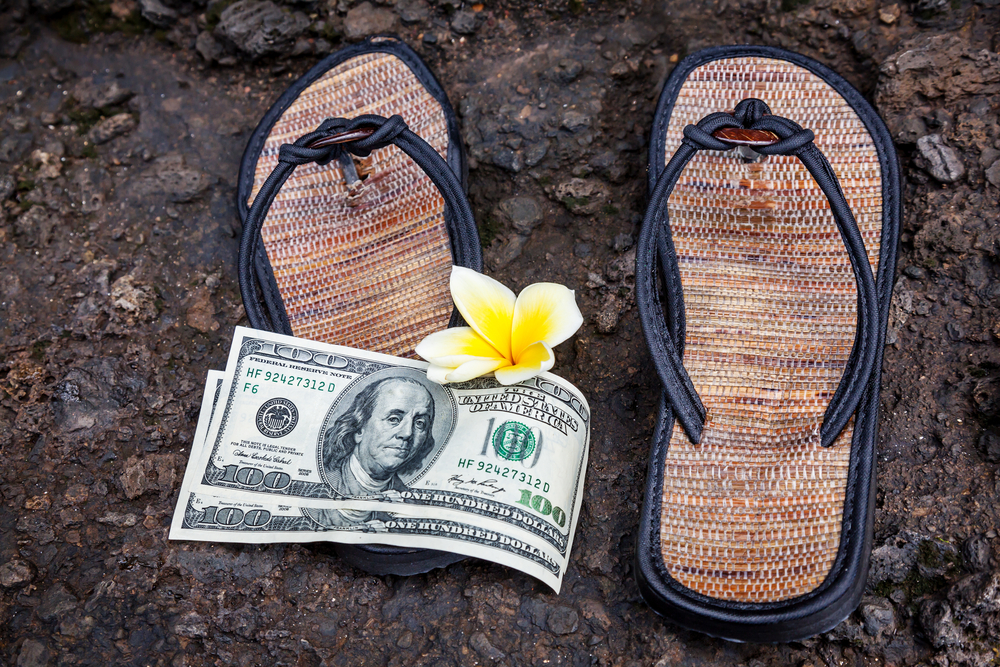 The US dollar is trading firmly ahead of the weekend as part of this week’s losses are recouped. The gains are sufficient to put it higher for the week against the Australian dollar.  If its gains against the Aussie were sustained, it would be only the second weekly gain since the end of May.

Although the news stream is light, the Aussie has been undermined by the one of the few developments today.  Moody’s cut the outlook for five Australian banks from steady to negative, setting the stage for likely rating cuts in the coming months.

The US dollar is trading firmly ahead of the weekend as part of this week’s losses are recouped. The gains are sufficient to put it higher for the week against the Australian dollar.  If its gains against the Aussie were sustained, it would be only the second weekly gain since the end of May.

Although the news stream is light, the Aussie has been undermined by the one of the few developments today.  Moody’s cut the outlook for five Australian banks from steady to negative, setting the stage for likely rating cuts in the coming months.

The Australian dollar nicked the $0.7600 level, but buyers were found on the pullback.  Resistance now is seen near $0.7650.  The Aussie’s weakness and New Zealand’s report that annual immigration fell for the first time in four years took a toll on the Kiwi.

The US dollar’s break of CAD1.28 may be premature.  It is bouncing back above there today, ahead of the Canada’s retail sales and CPI reports, the main feature of the North American session before the weekend.  Retail sales are expected to have risen by 0.5% after a 0.2% increase in May.  A consensus reading would mean that Canadian retail sales rose each month in the quarter, which is something Canada has not experienced since Q2 14.

Consumer prices are expected to be flat in July for a 1.4% year-over-year increase.  The core rate, seemingly the envy of most other high-income countries, is expected to be stable at 2.1%.  Heavier equity markets and some profit taking on oil’s run-up, and the broadly firmer US dollar tone may blunt the impact of Canada’s data.

Though the vagaries of the US dollar this week, it appears that Asia and European participants give the signals from the Federal Reserve more credence that Americans.  During the North American sessions this week, comments from several Fed officials, most notably Dudley was shrugged off, with the greenback still trading heavily.  However, twice this week, Asia and Europe seemed to respond more favorably.

Equity markets are finishing the week on a soft note.  The MSCI Asia-Pacific is off for its second day.  It has fallen in four of this week’s five sessions.  Of note, Chinese equities were the strongest in the region this week, with the Shanghai Composite rising 1.9% and the Shenzhen Composite gaining 3.6%.

Most of the Shenzhen’s gains were recorded before the confirmation that the Hong Kong-Shenzhen link would be in place before the end of the year.  It appears that less than 10% of Shenzhen’s gains this week were scored after the announcement was made.  It is the third weekly rise of the Shenzhen Composite and the second weekly rise for Shanghai.  Both markets are looking better from a technical perspective.

In three of the five sessions this week, the dollar has slipped below JPY100. Although it finished the North American session below this important psychological threshold, it has yet to break it convincingly.  Asian trader bid the dollar back up.  At the same time, the greenback’s upside has been blocked by the five-day average that is found now near JPY100.50.  Note that there is a chunky maturity of $750 option struck at JPY100 today.

The Dow Jones Stoxx 600 is off for the fourth session this week.  Its 0.5% loss is broad-based but led by the 1% drop in financials led by insurers and banks.  The index has found support near 340 and a break of it on a closing basis would likely signal that the two-week decline may continue next week.

For its part, the euro is trading within yesterday’s range, holding to a little more than a half-cent above $1.13.  However, as we have noted, the Asia and European participants appear more dollar-friendly than Americans.

The intra-day technicals suggest the euro may retrace some of its earlier losses in the North American session today.  Remember the $1.1350 area corresponds to a 61.8% retracement objective of the euro’s decline since early-May.  A move above there would target the $1.1400-$1.1450 area.

Sterling’s 0.25% slippage today makes its the strongest of the majors.  It has gained 1.7% for the week, making it the second strongest major after the Swiss franc (~1.8%).  It has been helped by stronger employment and retail sales data, which at least on the surface suggest that the referendum was not as disruptive as it may have appeared.

We are still skeptical of that conclusion and have recognized that the impact will be more like cooking frogs than microwaving a meal.  Of course, the slide in sterling and drop in interest rates (more when the BOE failed to buy its full quota) can and likely will cushion the blow.

Sterling initially extended yesterday’s retail sales sparked gains to reach $1.3185 but the greenback’s firmer tone proved too much, and sterling has retreated toward $1.3100. The $1.3150 area now offers initial resistance, while a break of $1.3100 could spur another half-cent decline.

Lastly, we note that Fitch is to review Portugal’s credit rating today.  Fitch has had it at BB+ (below investment grade) since November 2011.  The outlook since March has been stable (down from positive).

The immediate issue is whether the weaker than expected growth, which boosts the deficit/GDP ratio risks a negative outlook.  DBRS is the only one of the four rating agencies that the ECB puts emphasis on that gives Portugal an investment grade rating.  Recent comments by DBRS shows it is getting a bit more concerned.

However, when it formally reviews Portugal’s credit at the end of October, it may cut its outlook for stable, but not take away the investment grade status. A loss of this status would likely spark a new crisis in Portugal.