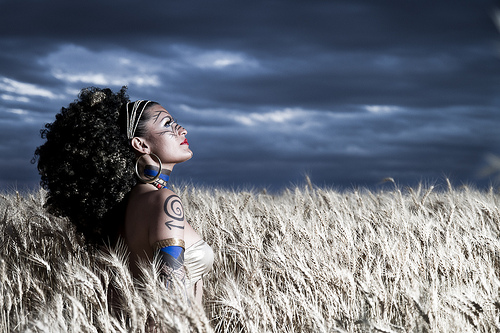 He who laughs last laughs best. For decades, European countries were the colonial masters of Africa, dividing the continent at their own whim and exploiting the abundant resources available for their own purposes. Yet today, there has been a paradigm shift where African nations are now leading the world in economic growth and can more hold their own against their ex-colonial masters.

He who laughs last laughs best. For decades, European countries were the colonial masters of Africa, dividing the continent at their own whim and exploiting the abundant resources available for their own purposes. Yet today, there has been a paradigm shift where African nations are now leading the world in economic growth and can more hold their own against their ex-colonial masters.

Throughout history, the African continent and its people have been victims of unfair discrimination and exploitative practices. Africa’s main oppressors have always been its former European colonial masters, who dubbed the region as the “Dark Continent” back during the early 19th century. While the origins of the term reflected how little Europeans knew about Africa (map makers back then would often leave the region dark as they had no clue of its interior geography), the term soon began to carry racist undertones with it as rampant discrimination began to spread across the region in the wake of a mad scramble for colonies among the European powers.

For decades, the European powers exploited Africa’s resources and its people, often possessing attitudes of superiority and a sense of mission. Even as the decolonisation of Africa began, the Europeans took it upon themselves to carve up Africa by drawing up arbitrary colonial-era borders rather than attempting to correspond to traditional African territories. This in turn led to internal conflicts within African countries, further destabilising the region and hindering economic progress for a prolonged period of time.

Yet something strange happened at the recent IMF/World Bank meetings in Washington last week.

While their former colonial masters were bickering over possible solutions for a debt crisis that is slowly eating away at the heart of Europe, some African states were quietly presenting their own structural reforms that have helped them to manage national debt and public finances.

Cape Verde is another African country that is gradually reversing its fortunes. It’s 2001-08 Public Financial Management (PFM) reform, for example, led to improvements in expenditure management, while the 2009-12 PFM Action Plan has sought to increase transparency in revenues by strengthening taxation, customs and budget procedures and by reinforcing the national planning system. Cape Verde also managed to see a 4 percent increase in government revenue in 2010, thanks to an increase in efficiency with cross-checking auditing procedures – all this despite a 5 percent decrease in corporate income tax as well an increase in tax waivers and moratoriums. According to the African Economic Outlook, the island country will also see tax revenues reach up to 28 percent of its GDP in 2017, up from 20.8 percent in 2010, through gains in efficiency and private sector development.

[quote]”An average African country would now be growing at about six percent, we’d be having a fiscal deficit of no more than 3 percent, and debt of no more than 15 percent of GDP,” said African Development Bank President Donald Kaberuka in an interview with Reuters. [/quote]

Indeed, Africa is in a unique position that allows it to have fresh perspectives in regards to the plight of their former colonial masters.  According to Kaberuka, what some of the troubled European states need, is the kind of overhaul in public finances and labour markets that numerous African nations have implemented – and have finally garnered results for – in the last two decades.

And while Kaberuka freely admits to the ever-present threats that prevail on the continent – huge infrastructure and energy deficits, shortages of skilled labor and the risk of political flare-ups – the time has come, he says to do “a re-profiling of Africa’s risk.”

[quote]”There are risks, the buffers built before 2008 are weakened, inflation is raising its ugly head in some countries because of pressure of food prices, we have residual political issues in a few countries…

“But are we more risky than some of these peripheral countries in Europe, which have 150 percent of GDP in debt, 30 percent fiscal deficit?“[/quote]

In a way, it is rather amusing, and satisfying, to see Africa being able to lecture their former colonial masters on economic issues. At the recent IMF/World Bank meeting, African leaders joined a chorus of other leaders from emerging economies to call on European nations to face the painful facts of economic reforms.

The role reversal demonstrated at the IMF/World Bank meeting also seem to be indicative of a new world order in the global economy, whereby emerging economies – led by Asia and Africa – are assuming more active roles in determining the global economic path.

[quote]“In such an environment, rapid growth in the developing world is the only thing that could propel the world economy forward and generate increasing demand for rich-country goods and services – the only silver lining in an otherwise dreary future,” says economist Dani Rodrik, as quoted by the publication How We Made It in Africa.[/quote]

Whereas Africa currently only accounts for just 2 percent of global GDP with Asia at a further 25 percent; by 2050, Africa’s contribution would have risen to around 5 percent and Asia’s to an astonishing 50 percent. Together, the emerging regions would account for well over half of the world’s total GDP. Individual African nations, such as Ghana and Angola for instance, are also already among the world’s fastest growing economies, with most experts forecasting that the continent will soon become the fastest growing continent in the world after Asia eventually slows down.

To further highlight this shift in the global economy, a recent report by The Economist tells the tale of thousands of young unemployed Portuguese professionals who are emigrating to the former Portuguese colony of Angola in order to look for jobs.

Not long ago, Angolans were the ones who were flocking to Portugal in order to flee a civil war and start a new life. Yet today, a complete role reversal has happened. In 2007-2008, Portugal’s foreign ministry registered 45,000 Portuguese citizens living and working in Angola. Barely a year later, the figure jumped to 92,000. Today, there are over 3,000 Portuguese companies in Angola, with Portuguese immigrants said to have grown exponentially over the past five years.

“This is the biggest emigration wave since the 1960s,” said Filipa Pinho of Portugal’s newly established Emigration Observatory to the BBC.

1 in 10 Portuguese graduates now leave the country, with the most common destinations being former colonies like Angola and Brazil. Youth unemployment in Portugal is at 26.8 percent, with more than 95,000 people jobless between the ages of 16 and 25.

Things are different in Angola. Blessed with an abundant supply of crude oil, and now backed by Chinese money, Angola was forecasted to be the 7th fastest growing economy in the world for 2011 by the IMF, and looks ready to accept more and more Portuguese immigrants to their country.

[quote]”Most of them have good degrees, masters, even PhDs,” said Antonio Bagal, a 32-year-old entrepreneur from Lisbon who is currently based in Angola. “And the new thing is that many of them don’t want to come back (to Portugal). Right now Angola is developing really fast, it needs skilled people to build the infrastructure.”[/quote]

According to Bagal, a civil engineer earning 900 euros (US$1,300) a month in Portugal could easily earn four times as much in Angola. In addition, the shared language between the two states makes it easier for Portuguese to adapt to the Angolan culture.

[quote]“This is definitely a first for Africa,” says Pedro Seabra, of the Portuguese Institute for International Relations and Security, “That the dynamics between colony and master have been so inverted.”[/quote]

Paulo Pimenta, a Portuguese lawyer based in Mozambique, could also not help but to see the irony in the situation.