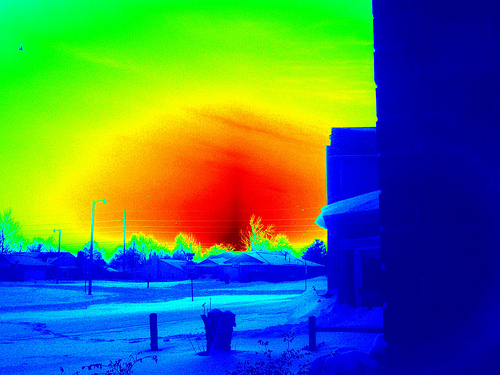 On January 14, Deutsche Bank published their 2013 market outlook in which they identified several geopolitical hotspots to worry investors and businesses. They include a wide range of developed and less developed economies, many of which are key producers of commodities and/or a key link in product supply chains. If something goes awry in any of these hotspots what will be the impact on commodities?

On January 14, Deutsche Bank published their 2013 market outlook in which they identified several geopolitical hotspots to worry investors and businesses. They include a wide range of developed and less developed economies, many of which are key producers of commodities and/or a key link in product supply chains. If something goes awry in any of these hotspots what will be the impact on commodities?

The shift in the U.S.’s strategic priority from the Middle East to Asia has pros and cons for stability in the Middle East and by implication oil prices. Whereas previously the U.S. might have intervened sooner in Syria sooner not so long ago; the on-going conflict in the country as well as tension elsewhere (Israel/Egypt) has the potential to spiral out of control and drag other countries in the mix – potentially disrupting oil production. Unintended consequences.

Meanwhile, the likely appointment of Kerry and Hagel as US Secretary of State and Defence Secretary could see renewed diplomatic efforts with Iran, which could reduce the risk premium (estimated at somewhere between $10 per barrel and $20 per barrel) that exists currently based on fears that the Strait of Hormuz will be blocked. The probability of an attack on Iran by the US/Israel by the end of 2013 has dropped from around 50 percent in October to 25 percent currently.

Related: The Economic Consequences Of An Israel-Iran War

As the health of the country’s President Hugo Chavez worsens, attention has centred on what this will mean for oil output from Venezuela and its affect on oil prices. Oil production has suffered under Chavez’s rule through breaking contracts with private companies, firing workers that did not support Chavez and a lack of investment.

In the short-term uncertainty over whether there will be a smooth transition of power and social unrest may underpin oil prices. For a decline in oil prices to be seen, there would need to be clear signs of increased drilling activity. However analysts at WTRG say there is little chance of any downside risk to prices as there would need to be a 50 percent increase in drilling activity and a reversal of many of the social projects Chavez set up.

On the face of it, the onslaught of radical Islamic fighters against the Mali government would not appear to have a big impact on commodity markets. Mali’s main commodity export is gold – the country being the third biggest gold producer in Africa after South Africa and Ghana. Mali’s gold mines are centred on the south and south west of the country far away from where the civil war is taking place in the north. Even so the unrest has already led to mining delays, as travel bans have made harder to secure technicians and suppliers.

The recent terrorist attack to a gas facility in Algeria may be symptomatic of events that could occur more often in the region. Algeria is a major exporter of gas to Europe. Although there is no sign that the current unrest has led to lower gas supplies to Europe there could well be supply shortfalls and increased energy price volatility in Europe. However, even if Algeria were to suffer a serious disruption it would not be too bad. The real risk is that countries like Nigeria (the eight largest exporter of oil) suffer similar unrest leading to disruption to their energy and commodity output.

Unrest at platinum mines in South Africa last year served to illustrate some of the endemic problems in the country including high unemployment, poor conditions and poor pay. Weak demand for platinum from the car industry led to lower platinum prices in 2012. In mid-January, Amplats announced that it would be closing 7 percent of annual platinum output in response to low prices and weak demand, increasing the likelihood that strike action will take place undermining and boosting prices. Furthermore mine workers will be looking forward to the election later in 2013 for signs that conditions will be improved.

In contrast to East Asia the potential for conflict between China and Japan is barely mentioned elsewhere. Since Japan announced last September that it would nationalise the Senkaku Islands (three privately owned islands which China has long contested Japan’s sovereignty over) relations between the two economies has deteriorated while both sides have undertaken tit for tat military exercises. Any escalation in tensions may also bring in other countries like India, Vietnam and the Philippines, which also have territorial disputes with China.

The main risk of an escalation in tensions between the two countries is on global supply chains. For example a Reuters poll in September revealed that about 40 percent of Japanese firms seeing tensions affecting their business plans with many considering pulling their operations out of China. Any disruption could impact global supply chains in a similar way to the 2011 Japanese tsunamis, affecting demand for commodities used in manufacturing.

Japan is very much reliant on imports for its commodities and energy. In a sign of things to come, last year Japan signed a deal for India to supply as much as 20 percent of Japan’s rare earth metal imports, in a move designed to reduce reliance on rare earth metal exports from China. Rare earth metals became a political issue between China and Japan after China cut domestic output and export quotas in mid-2010 by 40 percent causing prices to multiply.

Map of Geopolitical Hotspots In 2013: 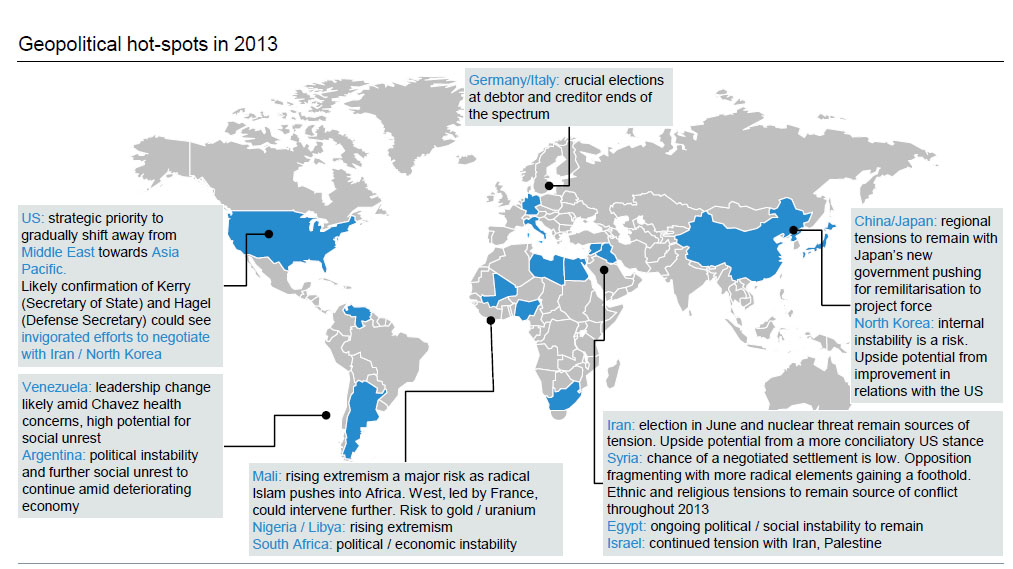 View all posts by Materials Risk