Pakistan is a South Asian country that was established in 1947.  Its neighboring regions include India, Iran, Tajikistan, Afghanistan, and China. It is located along the Arabian Sea and has a coastline spanning 1,046-kilometre (650 mi). The mountain ranges of Karakoram and Pamir in the northern and western highlands of the country include K2 and Nanga Parbat which are counted among the highest peaks in the world. The major by-air gateways to Pakistan are Islamabad, Karachi and Lahore. It can also be reached by train from India and Iran. Pakistan’s main cities are Quetta, Gawadar, Peshawar, Sialkot, Multan and Faisalabad.

Pakistan is a developing country and its economy is the world’s 27th largest economy based on its purchasing power. However, the country remained impoverished due to internal political disturbances and negligible foreign investment, since independence. With rise in development spending by Islamabad, the country’s poverty levels reduced by 10% from the year 2001 to 2007. The economy grew between 2004-07 due to rise in GDP from 5 to 8%. This was largely due to development in industrial and services sector irrespective of severe electricity shortfalls. However, the year 2007 witnessed a lot of political and economic instability leading to depreciation of Pakistani rupee. The growth of the economy was affected once again during the 2008 global economic recession. 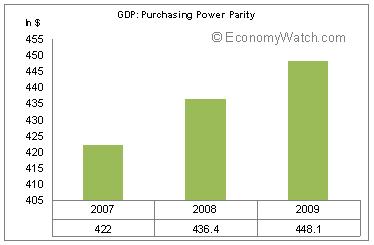 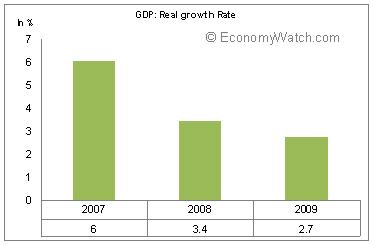