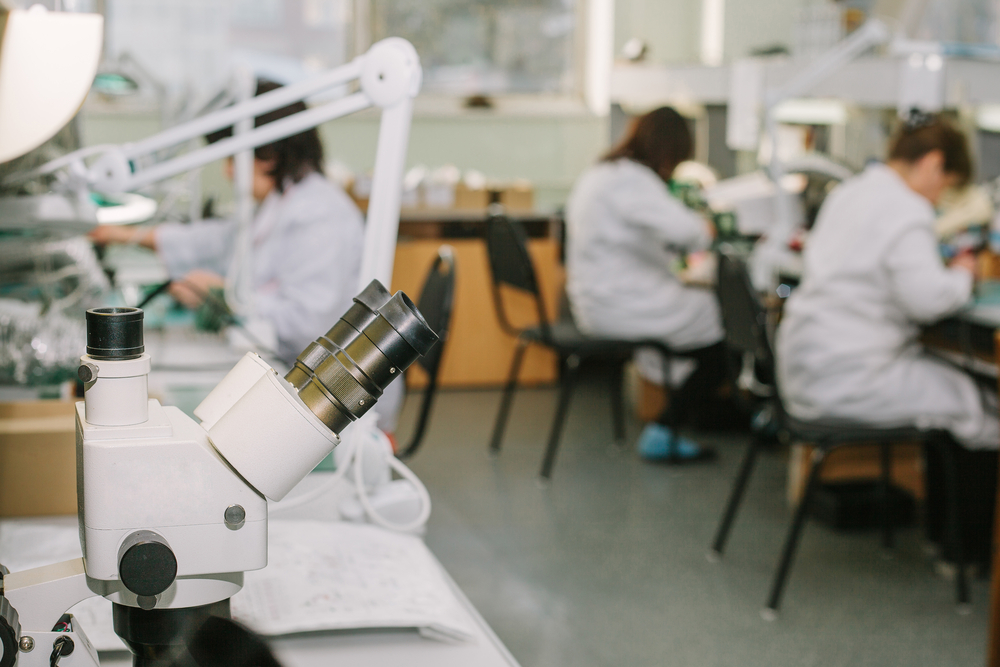 Concern over the employment consequences of globalisation is again driving political debate. Look no further than the United Kingdom’s exit from the European Union and the rise of protectionism in American and Australian politics to see the disenfranchisement of low-skill workers with the effects of international trade. Judging by the dramatic change that has occurred in the global distribution of manufacturing output in the past 25 years it’s easy to see why these workers should be so concerned.

Concern over the employment consequences of globalisation is again driving political debate. Look no further than the United Kingdom’s exit from the European Union and the rise of protectionism in American and Australian politics to see the disenfranchisement of low-skill workers with the effects of international trade. Judging by the dramatic change that has occurred in the global distribution of manufacturing output in the past 25 years it’s easy to see why these workers should be so concerned.

In the early 1990s the United States accounted for 30% of manufacturing output, retaining the position as the world’s leading industrial producer that it had held for almost a hundred years. At that time, China produced only 5% of global manufacturing output.

Today that position has completely reversed. China produces 25% of manufacturing output and the US only 15%.

Differences in labour costs between the US and China explain much of this transition. Many types of manufactured goods mainly require relatively low-skill labour to produce (especially goods such as textiles and footwear, motor vehicles, electronic consumer goods).

Recent research has found that low-skill workers in the US have been made significantly worse off by the transfer of manufacturing activity to China.

The research estimates that, without the rise in Chinese imports, there would be 560,000 extra manufacturing jobs in the US today. As well, workers in industries most exposed to competition from Chinese imports are found to have experienced an average income decline of over $500 per annum against annual earnings of $40,000. This negative effect on annual earnings has been largest for workers with the lowest earnings.

Another important finding is the role of location in explaining the impact on the US labour market of increased imports from China. Manufacturing industries facing competition from China are concentrated in particular locations in the US (mid-west and southeast). It is in these regions that the impact on low-skill workers has been largest.

The geographic concentration also explains why it is taking workers who have been adversely affected so long to get back into work. A larger number of job seekers chasing the available job vacancies in a region mean longer average times spent out of employment.

Manufacturing workers in the US may have been made worse off by globalisation, but economic theory predicts that there should also have been winners in the US. With increased international trade, the US can produce and export to China more of the goods where it has a comparative advantage as a supplier – such as professional services that require high-skill labour to produce. In other words, China uses the extra income it earns by selling manufactured goods to the US to buy other goods and services from the US.

However, so far there is not much evidence that this has happened. Instead of using its extra income gained from selling manufactured goods to buy more imports from the US, throughout the 2000s China saved that income, maintaining a large trade surplus. The benefits to US workers from globalisation therefore have been muted compared to the prediction of economic theory.

The experience of a rapid rise in imports of manufactured goods from China is, of course, not unique to the US. While much less is known about the impacts on those other countries, what is known is consistent with the US experience.

Other research finds that in the UK in the 2000s, workers in sectors most affected by growth in imports from China spent more time out of employment and experienced a drop in earnings. Again, these effects were most pronounced for low-skill workers.

Since then the role of international trade in economic activity has increased steadily, now being above 40%. While there has not been much research on the topic for Australia, it seems that the recent rise in China’s manufacturing output has had less impact than in the US or UK. There had already been substantial declines in the share of workers in the Australian manufacturing industry in the 1970s and 1980s, so there was less scope for a negative effect.