Home » Why A Major War In Asia Is Unlikely

Why A Major War In Asia Is Unlikely 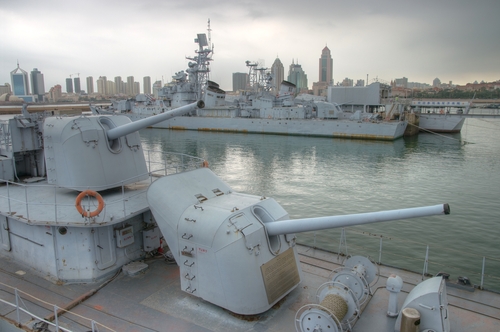 The rising tensions between China and Japan over the Senkaku/Diaoyu islands has led some experts to draw parallels with the Sarajevo incident, which sparked off World War I in Europe. Yet while is a significant risk that the conflict will result in a military confrontation, an all-out war is unlikely given economic reasons.

The rising tensions between China and Japan over the Senkaku/Diaoyu islands has led some experts to draw parallels with the Sarajevo incident, which sparked off World War I in Europe. Yet while is a significant risk that the conflict will result in a military confrontation, an all-out war is unlikely given economic reasons.

The Jeremiah prophets are coming out of the woodwork to predict that there will be an outbreak of war between the major powers in Asia, just like in Europe 100 years ago. The idea is that a rising China will inevitably go to war with the United States, either directly or through conflict with Japan.

Some commentators are even suggesting that the Sarajevo incident that provoked World War I will be replicated between China and Japan over the Senkaku/Diaoyu islands in the East China Sea. Former Australian Prime Minister Kevin Rudd has likened this situation to what he calls ‘a 21st-century maritime redux of the Balkans a century ago — a tinderbox on water’. My colleague Hugh White recently proclaimed that the risk of war between China and Japan is now very real.

There is undoubtedly a significant risk that China’s increasing aggressiveness in the East China Sea and the South China Sea over its territorial claims will result in a military confrontation, either by miscalculation or design. But a sunk warship or military aircraft collision is a long way from all-out war. These sorts of incidents have occurred in the past and have not escalated — for example, the North Korean sinking in 2010 of a South Korean warship, and the collision in 2001 by a Chinese fighter plane with a US reconnaissance aircraft. Unfortunately, however, a military incident between China and Japan might be more serious.

The commander of US air forces in the Pacific has mentioned that the recent parallels drawn by the leaders of Japan and the Philippines between China’s assertiveness in the region, and events in pre-war Europe, are ‘not helpful’. But he did caution that any move by China to unilaterally extend an air defence identification zone over the South China Sea would be ‘very provocative’.

It is true that while a continent-wide war in Europe has become inconceivable, that is not the case in Asia, where there is a potentially potent combination of rising military capabilities and ugly nationalisms. But, unlike in Europe a hundred years ago, there is no sense of the inevitability of war and, unlike in the Kaiser’s Germany in 1914, there is no fear in Beijing that time is not on its side. There was nothing accidental about World War I. Germany was bent on launching a European war because of its fears of a rising Russia in the east, a strong France and Britain on its west, and unrest at home. From Beijing’s perspective today, the strategic correlation of forces is much more favourable. Moreover, China needs to continue to prioritise economic development if it is to avoid domestic upheaval.

The current German Foreign Minister Frank-Walter Steinmeier recently highlighted the diplomatic failures that led to the outbreak of World War I when there were rash predictions of a swift, successful military campaign that in the event lasted for four years and left 17 million dead. This was a failure of political and military elites, but also of diplomacy.

And this is where there is a concern about Asia. The multilateral organisations in the region are immature when it comes to developing arms control and disarmament agreements and concrete approaches to conflict avoidance. There is a lot of talk and plenty of meetings, and that in itself is a good thing. But we desperately need an agreement to help avoid naval incidents at sea — along the lines of the one that was agreed between the US and the Soviet Union in 1972.

Even so, there are two major reasons why a major power war in Asia is unlikely. First, there is the iron discipline of nuclear deterrence, which has prevented a major war for almost 70 years, even at the most dangerous heights of the Cold War. An all-out nuclear war between the US and China would involve the deaths of hundreds of millions of people on both sides in a matter of hours. For all intents and purposes, they would cease to exist as modern functioning societies. This is an existential threat unlike any faced by humankind previously. Once nuclear weapons are used it would be practically impossible to avoid full-blown escalation.

The second factor is the unprecedented economic and technological interdependence that now intertwines virtually every economy in the region. Assertions that globalisation was even deeper in 1914 are simply untrue. Global supply chains for almost every product consumed in the Asia Pacific make every country in the region critically vulnerable to the outbreak of war. And that includes China as much — or even more so — as any other country. China is now crucially dependent on imports for its economic security (for example, it accounts for 60 per cent of global seaborne iron ore trade).

So, as the doyen of US international relations studies Professor Joseph Nye of Harvard University argues, we should be wary of analysts wielding historical analogies, particularly if they have a whiff of inevitability. War, he observes, is never inevitable, though the belief that it is can become one of its causes.

Paul Dibb is emeritus professor of strategic studies at The Australian National University. He is a former deputy secretary for Defence and director of the Joint Intelligence Organisation. On behalf of DFAT he has represented Australia at all eight annual meetings of the ASEAN Regional Forum’s Expert and Eminent Persons Group, most recently in Kuala Lumpur in February.

Why 2014 in Asia will not be a repeat of 1914 in Europe is republished with permission from the East Asia Forum.