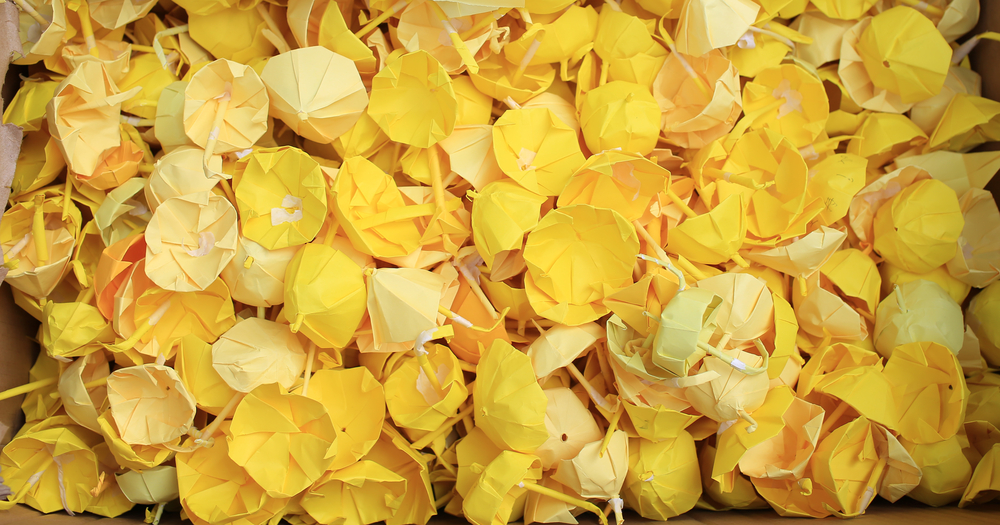 On 19 December 1984, amidst great fanfare, the United Kingdom and China signed the Sino–British Joint Declaration on the Question of Hong Kong. It contained extensive guarantees of Hong Kong’s autonomy, rule of law, and fundamental rights — all of which would remain entrenched until 50 years after the transfer of sovereignty. On signing day, Deng Xiaoping confidently declared to Margaret Thatcher that ‘China will always keep its promises’.

On 19 December 1984, amidst great fanfare, the United Kingdom and China signed the Sino–British Joint Declaration on the Question of Hong Kong. It contained extensive guarantees of Hong Kong’s autonomy, rule of law, and fundamental rights — all of which would remain entrenched until 50 years after the transfer of sovereignty. On signing day, Deng Xiaoping confidently declared to Margaret Thatcher that ‘China will always keep its promises’.

Yet, over 30 years later, officials in Beijing and Hong Kong — and certain East Asia Forum contributors — would rather sweep it under the carpet. In late 2014, Secretary for Constitutional and Mainland Affairs Raymond Tam claimed that ‘the provisions of the Joint Declaration have been fully implemented and its purpose and objectives have also been fully fulfilled’. Chen Zuo-er, former Deputy Director of the Hong Kong and Macau Affairs Office, has made similar statements.

The March 2015 report into the Joint Declaration by the UK House of Commons Foreign Affairs Committee is a well-timed reminder of Beijing’s broken promises. It is a reminder that the Joint Declaration contains clear and ongoing Chinese commitments under international law. But it should also serve as a warning to Hong Kongers and to China’s neighbours and trading partners.

The report drew particular criticism for its examination of Chief Executive electoral reforms for 2017. Critics argue that the Joint Declaration contains nothing on democratisation and that it allows choosing the Chief Executive by ‘elections or consultations’. That is too simplistic an interpretation. There are established rules on treaty interpretation, codified in the Vienna Convention on the Law of Treaties (to which both the UK and China are parties). Once these rules come into play a very different picture begins to emerge.

At heart, the issue is straightforward: China has declared that Hong Kong voters can ‘elect’ their Chief Executive. But, under international law, no reasonable interpretation of ‘elections’ could include the process Beijing has ordained for Hong Kong, where voters rubber-stamp a selection made by a stacked nominating committee. Although the committee did not accept that the Joint Declaration required democratic elections, it also rejected Beijing’s ‘electoral’ prescription. Such a process offered no ‘genuine choice’ and was inconsistent with Hong Kong’s promised ‘high degree of autonomy’.

The report also highlighted other instances of backsliding. The Joint Declaration expressly guarantees fundamental rights, such as freedom of the press and of assembly. Yet there is growing evidence of undermining these rights.

Press freedom is a notable example. Self-censorship and political pressure from media bosses and advertisers led the Hong Kong Journalists’ Association to call 2014 the darkest year for press freedom in decades, even before the Umbrella Movement. The protests triggered new concerns, such as violence against journalists and police obstruction. The international media — despite the occasional piece of ill-informed reporting — became a crucial source of information, largely due to political censorship and harassment of local media. The report joins others by the PEN American Center and the International Federation of Journalists in expressing international alarm at these developments.

The Umbrella Movement also brought limits on freedom of assembly to the fore. The use of tear gas on 28 September 2014 in particular drew condemnation from the Hong Kong Bar Association and other informed observers. Despite sporadic outbreaks of violence, there is abundant evidence that the protests were largely peaceful. On any reasonable account, the use of police force was unnecessary and disproportionate. The committee rightly expressed concern over these instances of police brutality.

Critics may argue that the Hong Kong government has spoken up in defence of fundamental rights. But the government’s actions speak far louder. The failure to investigate violence against journalists, and ongoing official retaliation against protesters — including a police attempt to send a 14 year old girl to a children’s home for drawing with chalk — are creating a ‘climate of impunity’. The committee was right to be sceptical of official rhetoric.

The committee also noted fears of inroads into Hong Kong’s promised autonomy. The report cited the State Council’s White Paper of June 2014, Beijing’s 31 August 2014 decision on the Chief Executive election and other instances of Beijing intervention as evidence of this trend. If, as the committee acknowledged, the Hong Kong government is not trusted to consider the rights and interests of Hong Kongers, there is no reason why the UK should remain silent when China defaults on its promise of a ‘high degree of autonomy’.

The report carries a sobering message for Hong Kongers: they should not expect London to speak for them. The UK Foreign and Commonwealth Office (FCO) received well-deserved criticism for ‘bland’ and ‘misleading’ language in its reports on Hong Kong, as well as its insipid response to Beijing’s obstruction of the inquiry. Yet the committee remained strangely ‘satisfied’ of the FCO’s commitment to the treaty. In light of this, Hong Kongers should take the lead in demanding that Beijing fulfil its promises in the Joint Declaration.

But the report should also alarm China’s neighbours and trading partners. Beijing’s desertion of the Joint Declaration suggests that it is a ‘fair-weather adherent’ to international law. In that light, China’s trading partners ought to ponder whether China will abide by its plethora of bilateral investment treaties when these commitments counter Beijing’s perceived interests. ASEAN members, too, might rightly wonder whether China would commit to a maritime Code of Conduct — if an agreement is reachable. The days of China always keeping its promises, it seems, are over.