Home » TTIP: So Much for So Little

TTIP: So Much for So Little 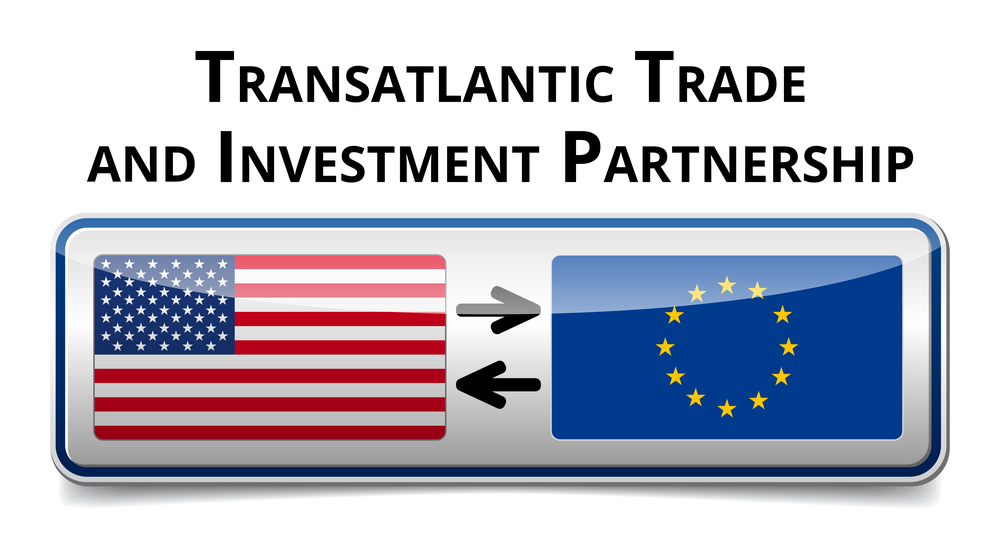 US president Barack Obama may have given the negotiation process a shot in the arm in recent weeks, but there is a good possibility that a deal will not be struck during his administration. After that, all bets are off.

So why has such a major piece of international deal making found it so hard to make headway, and what are the chances of a deal ever being done?

Well, the first reason for the impasse is that no one can agree on what it should cover. It is deeply complex, but there are essentially two choices: should TTIP only apply to the tariffs that countries place on imports, or should it also address other barriers to business, mostly technical regulations on things like car safety, or the procedures for testing new chemicals?

Estimates for the economic benefit to the EU from a tariffs-only deal come out at just 0.3% of GDP for the EU as a whole. If we abolish all non-tariff barriers, then we get a 4% boost. Race to the bottom

That makes it seems like an easy decision from an economic point of view, but it’s highly contested.

The reason for the logjam is clear. Going far enough to make it economically valuable drags into play all sorts of political and social issues. Our reading of the draft texts is that it won’t, in fact, lead to significant harmonisation or even mutual recognition of existing rules. There are procedures to make sure future regulations are as compatible as possible, but there is nothing explicit to say that regulatory decision making powers will be transferred. Indeed, it is hard to see the US Congress accepting anything else. That might seem like an effective compromise, but of course, any weakening of the approach to non-tariff barriers may in turn dampen the economic advantages.

The less complicated route – a TTIP that only removes tariffs – would bring very limited gains. Both EU and US tariffs are generally very low, except for cars, chemicals and agriculture. Their removal would have only a small effect.

At its heart, the far more valuable non-tariff route drags up fears, founded or unfounded, of a regulatory race to the bottom on things like food safety, and objections from NGOs about the loss of domestic policy power on things like health or government procurement. Crucially, TTIP has also raised the (contested) possibility of major corporations suing states. So on the one hand, the European Commission claimed that TTIP could not be used to undermine the UK’s National Health Service yet the barrister hired by the Unite union concluded that: “TTIP poses a real and serious risk to future [UK government] decision-making in respect of the NHS.”

It is generally agreed that past provisions to settle disputes between companies and countries were abused by arbitrators answerable to no one. EU member states have also signed many bilateral investment agreements, which do allow firms to sue governments. For example, the state-owned Swedish energy firm Vattenfall has twice demanded compensation for German environmental policy changes under an old investment treaty.

To avoid this, the EU’s latest proposals on so-called Investor State Dispute Settlement (ISDS) – tabled as part of the TTIP talks – are intended to allow firms to demand compensation in very limited circumstances, for example where “fair and equitable treatment has been denied or contracts broken”.

However, critics still question such guarantees because no one knows how an ISDS tribunal, even if it were a properly constituted court, would interpret any legal text intended to protect public policy objectives. In addition, why is ISDS needed at all if there are already legal remedies in place (as used by Vattenfall)? Two arguments have been given. First, small EU firms may have problems with individual US states and ISDS is an effective form of redress. Second, and somewhat paradoxically, the EU sees the flaws in the existing ISDS system, where the “judges” are private commercial lawyers often meeting in secret and costs that average $4m per party per case. The EU trade commissioner, Cecilia Malmström, proposed a formal system of courts that enshrined the “right to regulate”, but critics, and campaigners, are still dubious.

There is another obstacle. In short, governments love handing out contracts for public works to domestic companies, it keeps local industries happy and maybe a few political donors too. No huge surprise then that after 13 rounds of negotiations the TTIP impasse on public procurement remains.

Both the EU and US are parties to the World Trade Organisation’s plurilateral agreement on government procurement but the EU’s big picture was for TTIP to trade access to European state agriculture spending for inroads into highly protected US procurement markets, particularly at the state level. However, the US steadfastly refuses to concede to market access demands, due to its traditional and entrenched domestic lobby groups – the steel industry, small and medium-sized firms, and disadvantaged communities.

It’s a missed opportunity. We could have increased transparency with a standardised e-procurement system and tender forms. Much more could be gained through harmonising definitions of integrity and conflict of interest concepts, along with strengthening corruption control measures. It’s a win-win for improving the governance of public procurement markets – but negotiations has been dominated by intractable trade issues and the fears of ISDS.

In such a confrontational atmosphere, it is doubtful that a meaningful TTIP can be concluded. Sceptics’ doubts may be exaggerated, but they still reflect genuine public alarm. The general confusion is highlighted by supporters of a UK exit from the EU, who argue both that the UK could sign a TTIP deal very quickly after Brexit, and that that leaving the EU is the only way to stop it. In any case, unless a deal is rushed through before the end of 2016, prospects for a deal are bleak. Of the likely presidential candidates, neither Hillary Clinton nor Donald Trump is likely to make TTIP a top priority in a future US administration. Meanwhile, public opinion – and crucially the German government – move closer to outright opposition.