Home » The Soda War, Your Wallet and Waistline

The Soda War, Your Wallet and Waistline 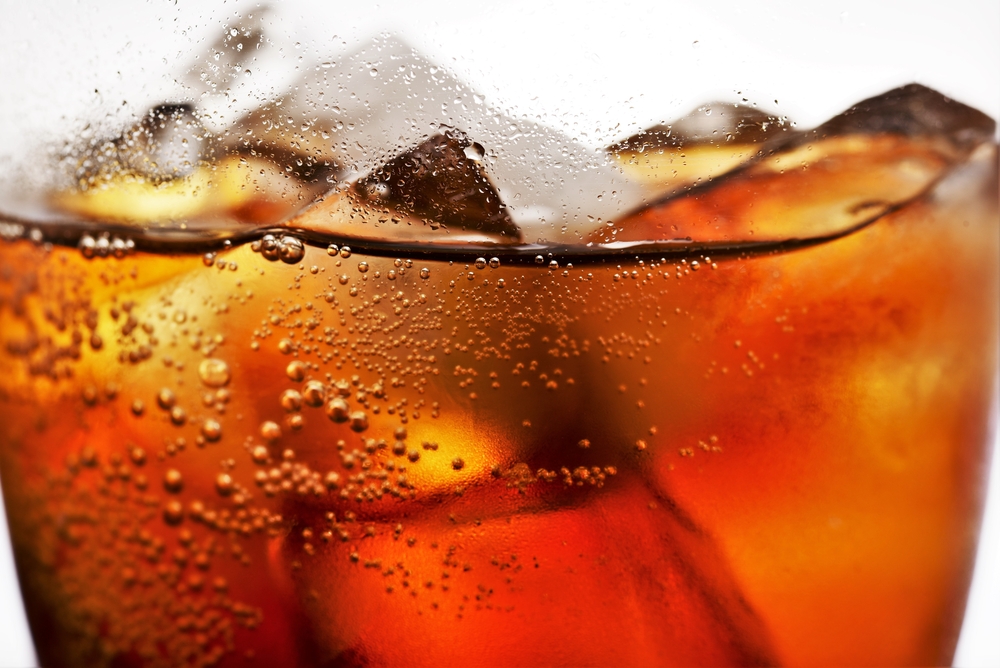 Soda drinks are under attack in the US and the UK, but the weapons employed on the two fronts are different.

Soda drinks are under attack in the US and the UK, but the weapons employed on the two fronts are different.

In the US, San Francisco enacted a law last year that requires advertisements for soda and sweetened drinks to alert consumers: “WARNING: drinking beverages with added sugar(s) contributes to obesity, diabetes and tooth decay.” The law was set to take effect in July but was just put on hold by a federal judge, pending appeal.

On the other side of the Atlantic, UK Prime Minister David Cameron announced the introduction of a “soda tax.” Starting in April 2018, a tax of 24 pence (36 cents) and 18 pence will be levied on each liter of high-sugar or low-sugar fizzy drinks, respectively. The tax is not only intended to cut soda consumption, but is projected to raise £520m (US$757m) in revenue in the first year alone.

Which of these approaches is more likely to accomplish its intended goal, a reduction in obesity?

Evidence from behavioral, economic and health research suggests that the heavy-handed approach is not only more likely to succeed, but in fact does not go far enough. The difference between the above US and UK approaches to the obesity epidemic raging in both countries reflects more general differences in policy: the UK tends to have a heavy hand, while the US adopts a lighter touch.

For example, governments in both countries have grown alarmed with low savings for retirement – resulting in large part from the transition from plans with defined benefits to plans with defined contributions (a euphemism for “save for your own retirement”). As a result, both countries have enacted legislation aimed at getting more employees to save by automatically enrolling them in a retirement savings plan.

The UK approach, however, is much more aggressive, mandating – rather than encouraging, as in the U.S. – automatic enrolment. Employers must pay a contribution alongside their employees. Right now, the minimum contribution is 2% of salary with both paying half, but from 2019 that will climb to 8%, with 3% paid by the employer. The government pitches in with tax relief on contributions. Early withdrawals are prohibited, and there is already increasing pressure to ramp up contribution levels still further.

Differences between the UK and US approaches to health care are even more striking, but too well known to warrant describing.

On the other hand, Philadelphia may soon be following the UK’s more heavy-handed approach. The city council plans to hold a final vote on June 16 on whether to pass a 1.5 cent per ounce tax on sweetened drinks, which would be the first soda tax in the US.

Lessons from the war on tobacco

The war on tobacco has taught us some valuable lessons about which approaches have been most successful at curtailing smoking, from warnings and taxes to outright bans.

For example, there is mixed evidence that warning labels alone reduce cigarette consumption.

On the other hand, there is much stronger evidence that the combination of warnings, higher taxes and bans on smoking in public environments together have had a substantial impact. A company put up posters like these in its cafeterias to steer employees away from sugary sodas and toward zero-calorie beverages. It didn’t work. Author provided (Right)

So is there any scientific support for San Francisco’s soda warning? In general, there is very little evidence that calorie labels or warnings about added sugars will have much of an effect.

Most studies have shown that simply informing people about the caloric content of food and drink has little impact on how much they consume. Nor have more creative approaches, such as telling consumers how many minutes they would have to run on a treadmill to burn off the calories from a can of soda.

The best prospect for labeling to have an effect is through a kind of “Tell-tale Heart” effect, whereby food retailers and producers change their offerings or improve the nutritional content of existing selections in response to feared consumer reactions, even if such fears are only imaginary, like in the eponymous Edgar Allan Poe story.

How about a soda tax?

Realistically, there isn’t a lot of evidence that a soda tax will have much of an impact either, certainly on obesity but even on soda consumption itself.

More worryingly, a soda tax is regressive because low-income families tend to consume more soda than more affluent families. The new policy adds yet one more tax on activities, such as smoking, drinking and playing the lottery in which lower-income individuals are more likely to engage.

If the tax had a disproportionately greater impact on how much soda and calories lower-income people consume, then the overall effect would be less regressive. However, existing research provides little grounds for hope that a soda tax, by itself, will do so. A sign protesting a failed effort in two California cities to tax soda in 2012. Braden Reddall/Reuters

Furthermore, why target soda for a tax when low pop prices are just the tip of the iceberg of the mispricing of unhealthy foods? In our view, the main problem with the soda tax is that it doesn’t go far enough.

All forms of “junk food,” not just soda, have become progressively cheaper than healthy alternatives in recent decades. According to economists, this is largely responsible for the obesity epidemic.

Moreover, the attraction of nutritionally poor food arises not only from its low, and dropping, monetary cost, but also by time costs. Personal time constraints further enhance the appeal of prepared and takeaway foods.

What is more, “supersizing” practices, such as pricing large and high-calorie meals in ways that make them seem like deals, are common in the food and retail industries, and likely to be especially attractive to families who are financially strapped. The ubiquitous availability of junk food creates a constant temptation for consumers, particularly for those from low-income families, who often reside in neighborhoods with little access to good-quality or fresh food. One possible rationale for a soda tax is that the government should start by attacking the most egregious problems, and sweetened drinks are an especially attractive bull’s-eye for policymakers given their lack of almost any nutritional component. They’re also the single largest source of sugars for children aged 11 to 18.

However, to have any prospect of significantly improving diet, a more comprehensive “junk food tax” would have to be levied on a much broader range of sugary, fatty and nutritionally poor foods and drinks.

If only soda is taxed, moreover, there is the risk of unintended compensatory effects in which consumers end up indulging more in other unhealthy, and tax-exempt, foods or drinks.

To be really effective, such a tax on junk food should be combined with a comprehensive assault on the problem – similar to the fight against tobacco. This should include subsidizing health foods, like fruits and vegetables, as well as regulating ads.

Warning labels can be a part of this, but governments hoping to turn the tide on the obesity epidemic should also regulate unhealthy default options on menus, and supersizing practices – such as former New York City Mayor Michael Bloomberg’s failed effort to ban oversized sodas.

Posting calories and warning consumers is fine as far as it goes, as is a soda tax, but in our view these policies don’t go nearly far enough.

In obesity fight, UK’s heavy-handed soda tax beats US’ watered-down warning is republished with permission from The Conversation