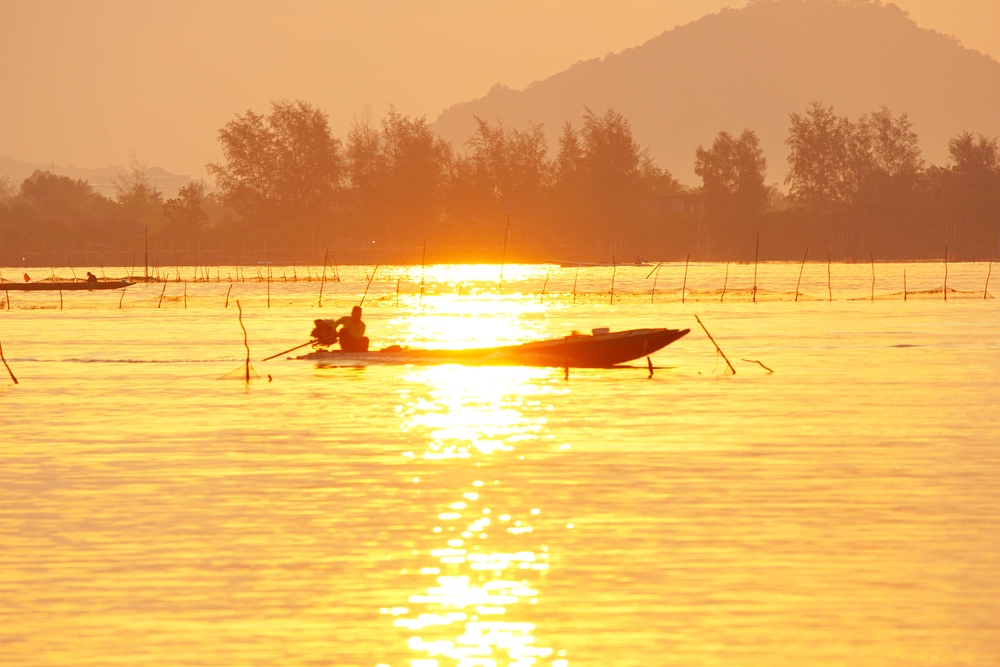 China, for its part, has let a set of seemingly ambiguous actions in the foreign Exclusive Economic Zones (EEZs) that straddle the nine-dash line speak louder than words. Since 2009, it has also progressively articulated a case for ‘relevant rights in the South China Sea formed in the long historical course’.

These twin approaches to maritime rights were thrown into sharp relief as Indonesian and Chinese maritime law enforcement vessels faced off for the third time in six years over a private Chinese trawler in the vicinity of Indonesia’s Natuna Islands on 19 and 20 March.

Both sides (mostly) agree on the basic facts of the incident, yet draw contrasting interpretations of the lawfulness of their actions. The trawler was seized in Indonesia’s undisputed EEZ by its maritime patrol vessel on 19 March. The location was within waters enclosed by the nine-dash line, but more than 200 nautical miles removed from any Chinese land feature. The towed vessel — minus its crew — was wrested away by the Chinese Coast Guard in the wee hours of 20 March near the Natuna Islands’ territorial sea.

For Jakarta, the trawler was fishing illegally (and engaging in prohibited fishing practices) in an exclusive Indonesian maritime zone. Because Indonesia enjoys undisputed sovereign rights and jurisdiction over these waters, the vessel and its fishermen must submit to the force of domestic law.

For Beijing, the vessel was ‘carrying out normal operations’ (although Beijing has not explicitly vouched for its fishing practices) within ‘traditional Chinese fishing grounds’. Up to the perimeter enclosed by the nine-dash line in the semi-enclosed South China Sea, traditional Chinese fishermen individually enjoy non-exclusive ‘historic fishing rights’. Because Beijing reserves a vested interest — and jurisdiction — to ensure the preservation of this right within the nine-dash line, Jakarta should release the detained fishermen without delay.

Both sides trace their actions to a common legal basis — namely, UNCLOS — yet draw contrasting interpretations of its application and reach.

For Jakarta, the Convention is comprehensive. Fishing-related rights and jurisdiction in ocean space are regulated in great detail by the Convention. It does not recognise ‘traditional fishing rights’ (beyond archipelagic waters) as either a concept or basis for jurisdiction. In addition, no international agreement acknowledges or admits China’s dashed line claim.

For Beijing, ‘historic fishing rights’ within the nine-dash line derive from the application of general international law (beyond the Convention), which is preserved by the Convention and compatible with its purposes. China does not deny the primacy of Indonesia’s jurisdiction in the Natuna waters. It only asserts that Chinese fishermen’s local customary law-based ‘historic rights’ can co-exist in Jakarta’s EEZ while leaving the exercise of Indonesia’s sovereign rights and authority substantially unimpaired.

The Philippines v. China arbitration case currently underway should provide an answer soon to these irreconcilable interpretations of the Convention’s application and reach.

The prevailing view among scholars and practitioners sides with Jakarta. However, jurisprudential innovations, both pre- and post-filing of the case by Manila, have laid down three important pointers to the contrary.

First, international sea law recognises history as a basis for entitlements in semi-enclosed seas — although the scope of jurisdiction associated with this right in foreign EEZs is unclear.

Second, UNCLOS is not comprehensive and a state may claim supplementary rights (by way of bilateral agreement or local custom) under a separate head of general international law that is compatible with the Convention’s purposes. Indonesian traditional fishermen enjoy such rights by bilateral agreement; China claims the same by way of local custom.

Finally, these supplementary ‘historic fishing rights’, which are regulated by other rules of international law beyond UNCLOS, operate equally across all of the maritime zones created by the Convention. This would presumably include the Natuna EEZ.

In a remarkable turnaround at the merits stage hearing of its arbitration case in November 2015, the Philippines also embraced the first two points. The Philippines agreed that privately-acquired fishing rights that have continued uninterrupted by tradition — but which are governed by general international law and exist beyond the Convention — are exercisable on an individual and non-exclusive basis in foreign maritime zones. Manila insists, though, that these supplementary rights must be confined to that foreign coastal state’s territorial sea.

The Tribunal could, of course, throw out both Manila’s and Beijing’s cases to ‘historic’ or ‘traditional’ fishing rights in foreign maritime zones. Alternatively, it could find that Beijing has failed to lay out an explicable geographic and legal basis for its nine-dash line claim — be it for historic fishing rights, navigation or other marine activities. The fishing vessel of the kind involved in the Indonesia–China instance could also exceed the definition of traditional or artisanal use.

However, until the Tribunal releases its merits ruling in Philippines v. China later this year, it would befit Jakarta and Beijing to exercise patience and neither escalate tensions nor force the other party to make concessions.

Both China and Indonesia have handled their differences of opinion over this incident with well-intentioned restraint. They should now commit to quietly revise their fisheries-related practices in light of the Tribunal’s ruling.