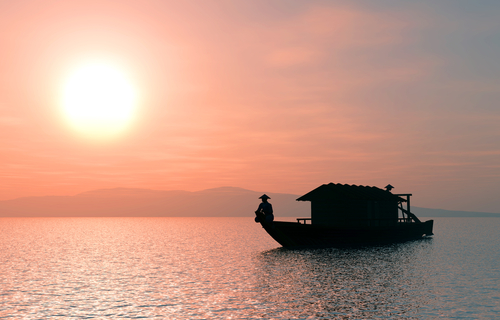 The United States partially lifted its decades-old ban on weapons sales to Vietnam on 2 October 2014. This was one of the most significant steps in improving relations between the two former enemies since they normalised diplomatic ties nearly two decades ago. The US State Department made clear this decision related only to maritime surveillance systems and said the move was taken in response to improvements in Vietnam’s human rights environment.

The United States partially lifted its decades-old ban on weapons sales to Vietnam on 2 October 2014. This was one of the most significant steps in improving relations between the two former enemies since they normalised diplomatic ties nearly two decades ago. The US State Department made clear this decision related only to maritime surveillance systems and said the move was taken in response to improvements in Vietnam’s human rights environment.

Washington’s policy shift was widely seen as an effort to bolster Vietnam’s maritime security at a time when China is stepping up its assertiveness in the South China Sea disputes. The move was no doubt in part prompted by China’s deployment of an oil exploration rig near the Paracel Islands claimed by both Beijing and Hanoi in May.

But US officials did their best to downplay the role of China’s recent activities in their decision. One senior US official said it was made ‘in response to the realisation that there is a lack of maritime capacity in the region and it is useful to fill that gap’. He added ‘it is not in response to a specific action or crisis at the moment. This is not an anti-China move’.

US officials had long held back lifting the ban. They assumed that the Vietnamese, who have depended on Russia for military hardware for decades, were more interested in a US stamp of approval than in actually buying American equipment. But since early 2014, US officials say, Vietnam had started to express interest in buying American-made radar and surveillance equipment.

The importance of the decision in Vietnam–US relations will depend on whether Hanoi decides to take advantage of its new access to American technology. The new policy makes it possible for Vietnam to buy patrol boats for its coast guard and surveillance planes. The Lockheed P-3 Orion planes have advanced sonar detection equipment to monitor activities off Vietnam’s coast, including detecting Chinese submarines operating in its exclusive economic zone.

In the wake of the US announcement, China launched a charm offensive with Hanoi. This was an apparent effort to dampen any Vietnamese enthusiasm for buying American military hardware. In late October, China’s State Councillor Yang Jiechi visited Vietnam for high-level meetings, during which the two sides agreed to tamp down tensions in the South China Sea. A week earlier, Vietnamese defence minister Phuong Quang Thanh led a senior military delegation to Beijing for talks. They agreed to set up an emergency hotline between the two defence ministries to avoid future escalation like what followed China’s oilrig deployment.

Now that Vietnam has the opportunity, whether officials will actually buy weapons from US companies will likely prompt considerable debate in Hanoi. Some senior Vietnam Communist Party leaders have worried over the years that moving to upgrade military-to-military ties with the US would provoke China to increase its pressure on Vietnam and its assertiveness in the South China Sea.

The partial lifting of the arms ban removes one more impediment to closer Hanoi–Washington relations, which have improved remarkably since they normalised relations in 1995. The two countries are working to boost trade and investment ties as two of 12 negotiating partners in the Trans-Pacific Partnership. They also want to boost people-to-people ties in areas such as environmental protection in the Mekong River delta.

But there is still much left to do. The United States would like to step up military ties with Vietnam through more frequent ship visits, joint naval patrols and increased cooperation in areas such as search and rescue, humanitarian assistance and disaster relief. But Vietnam is moving cautiously in these areas. Hanoi would like Washington to lift its arms ban, but the United States says that will depend on further moves in Vietnam to improve the human rights situation.

The partial lifting of the military sales ban is the next step in Washington’s efforts to increase its ties to Southeast Asia and help Vietnam boost maritime surveillance capacity in their waters. US policy has moved beyond simply calling for freedom of navigation and negotiations to resolve disputes. Now it is helping countries along the rim of the South China Sea to bolster their maritime security capabilities.