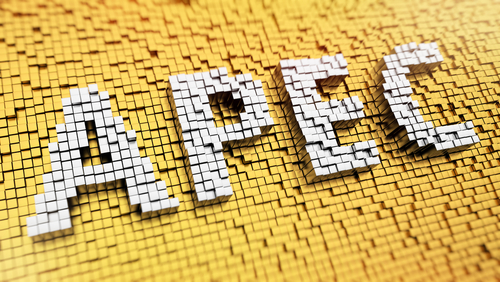 If the APEC meeting can agree on the proposed regional free trade plan and a reasonable implementation schedule, it would take a leap into faster regional growth and prosperity.

The Asia-Pacific Economic Cooperation (APEC) forum on November 10-11 will take place amidst the rebalancing of China, the United States and the integration of Southeast Asia, which is causing substantial system friction.

If the APEC meeting can agree on the proposed regional free trade plan and a reasonable implementation schedule, it would take a leap into faster regional growth and prosperity.

The Asia-Pacific Economic Cooperation (APEC) forum on November 10-11 will take place amidst the rebalancing of China, the United States and the integration of Southeast Asia, which is causing substantial system friction.

If representatives at the upcoming APEC meeting can agree upon the proposed regional free trade plan and a reasonable implementation schedule, the Asian Pacific will see increased growth and prosperity.

However, the promise of an ‘Asian Century’ requires an inclusive free-trade zone spanning the Asia Pacific – not exclusive regional trade fortresses.

The rise of APEC and the dream for free trade

Asia-Pacific Economic Cooperation seeks to promote free trade and economic cooperation across the region. It was created at a unique moment in history – at the end of the Cold War.

In January 1989, Australian Prime Minister Bob Hawke called for more effective economic cooperation across the Pacific Rim region. That led to the first meeting of APEC in Canberra in November, which was attended by ministers from 12 countries.

At first, the Association of Southeast Asian Nations (ASEAN) opposed the initial proposal, which favored the East Asian Economic Caucus that would have excluded non-Asian countries, including the U.S., Canada, Australia and New Zealand. Tokyo and Washington, which were rivals in trade but shared strategic interests in the region, deeply opposed this proposal.

As the Berlin Wall fell in Europe, Japan was seen as the key power in East Asia, while the role of China was still marginal. In Washington, Tokyo was perceived as a trade rival that did not play fair. In emerging Asia, imperial Japan’s wartime conduct had not been forgotten. Accordingly, APEC was seen as a countervailing force against potential Japanese domination in the region.

Through APEC, the regional economies also hoped to create new markets for their agricultural products and raw materials beyond Europe, where demand had begun to decline.

In turn, the idea of regional free trade has been around since at least 1966 when Japanese economist Kiyoshi Kojima advocated a Pacific Free Trade agreement. More practical measures ensued during the 1994 meeting in Bogor, Indonesia, when APEC leaders opted for free and open trade and investment in the Asia Pacific.

In 2006, C. Fred Bergsten, the then chief of the Peterson Institute for International Economics, an influential U.S. think-tank, made a forceful statement in favor of the Free Trade Area of the Asia Pacific (FTAAP). If the agreement could be achieved, he argued, it would represent the largest single liberalization in history.

Ironically, the FTAAP has been on the sidelines as Washington and emerging Asia have been working on their own regional trade initiatives. Initially, APEC was launched by smaller industrializing countries, but it will be completed by large emerging economies.

The geopolitical triangle drama: TTP versus RCEP versus FTAAP

In the Obama era, Washington has been actively promoting the completion of its Trans-Pacific Partnership (TPP). The TPP originates from a 2005 free trade agreement among Brunei, Chile, New Zealand and Singapore. Since 2010, Washington has led to talks for a significantly expanded FTA, which reflects U.S. interests in the region.

As the US Trade Representative Ron Kirk has put it, the TPP is to be a “high-standard, broad-based regional pact” aiming at the emerging trade issues in the 21st century – hence the inclusion of several Asian tiger economies, ASEAN countries, Latin American nations, and the three NAFTA partners (US, Canada, and Mexico). However, the TPP excludes China.

In the past year or two, the TPP talks have been conducted in relative secrecy. As a result, the initiative has been coping with rising opposition and delays. In turn, controversy about the TPP has intensified emerging Asian-Pacific cooperation in which China does have a role, through free trade talks among the ASEAN member states, and their FTA partners (Australia, China, India, Japan, Korea and New Zealand). These talks aim at a Regional Comprehensive Economic Partnership (RCEP), which excludes the U.S.

The RCEP reflects the interests of emerging ASEAN, but it has a slower implementation schedule and humbler goals.

In Washington, the proposed FTAAP is seen as a distraction from its TTP. U.S. officials argue that the currently negotiated regional trade deals – read: TTP – take priority over new rounds of talks. In contrast, China’s view is that FTAAP could serve as a foundation for other regional talks, including TPP and RCEP. After all, the FTAAP includes both the U.S. and China.

Ever since its leadership transition in 2012-13, Beijing has presented a series of vital initiatives in the region, including the Silk Road Economic Belt and the 21st Century Maritime Silk Road and, most recently, the Asia Infrastructure Investment Bank (AIIB). In each case, U.S. opposition has intensified; in the case of AIIB, Washington opted for more open, forceful campaign to persuade important allies to reject the initiative.

Behind the façade of the FTAAP negotiations, Washington has reportedly pushed to have two provisions from the draft of the APEC final communiqué to be dropped.  The goal has been an APEC statement that will not call for starting FTAAP negotiations or the year 2025 as an end date to finish the deal. Those two objectives go against Chinese aspirations.

Unfortunately, Washington is sending mixed signals to Beijing. On the one hand, it wants Beijing to be a “responsible stakeholder” in global governance. On the other hand, when Beijing is willing to take the lead, the effort is too easily rejected. Emerging Asia is trying to hedge between the U.S. pivot to and the Chinese rebalancing in the region. But surely the Pacific has room for two major powers.

Besides, in much of Asia, the FTAAP has been perceived as a broader platform that could represent a compromise between the U.S.-driven TTP, which favors advanced economies and the RCEP, which reflects the interests of the emerging Asia.

The FTAAP has also been seen as a constructive alternative to the lack of progress in the WTO Doha round talks and as a way to overcome the “noodle bowl” effect created by overlapping and conflicting elements in current free trade agreements.

Only three years ago, the Asian Development Bank reported that Asia could account for more than of global output by 2050. That ‘Asian Century’ is not viable without economic integration that is supported by both China and the U.S.

What Asia Pacific really needs is an inclusive bloc, which reflects the interests of both advanced and emerging economies and rests on economic benefits rather than strategic distrust.

That’s what FTAAP could offer: a free trade zone that would significantly expand commerce and inspire other major regions worldwide – and one that has room for both China and the United States.

The Struggle for Free Trade in Asia Pacific is republished with permission from Dr. Dan Steinbock and China-US Focus