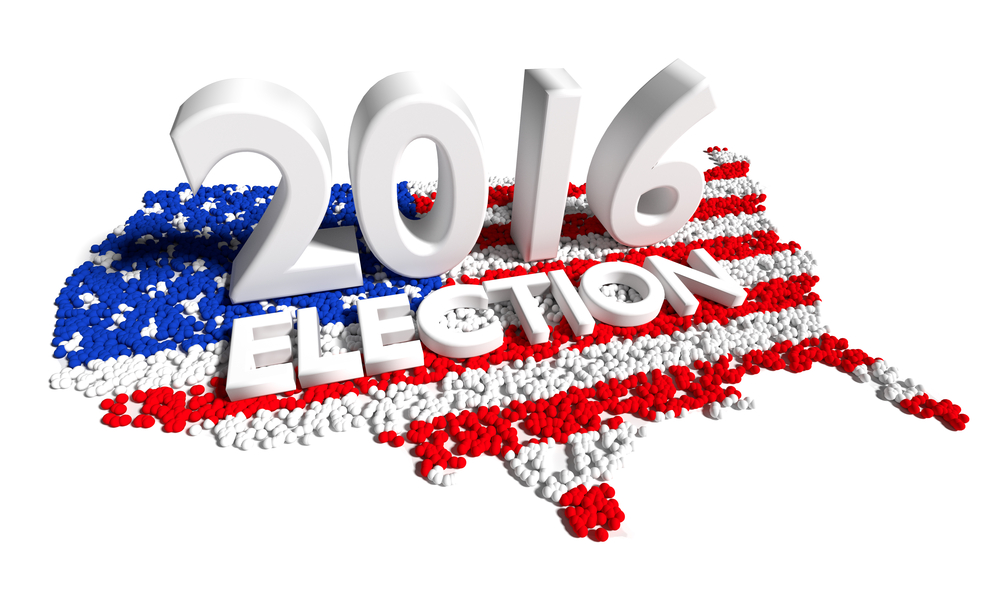 Campaign financing tells the same story. By early August, Clinton had raised $365 million in big money financing, almost a third of it outside money. In contrast, Trump had barely $100 million, only a tenth of it outside money. Four of every five dollars in the Clinton campaign has come from large corporations and Wall Street, big lobbyists and big unions, not ordinary Americans.

How did we get here?

Afterwards, Clinton faced huge political headwinds as FBI Director James Comey testified that she had shown “reckless” disregard with highly-classified emails, while multiple FBI investigations (which the Obama administration sought to deter) are underway into the Clinton Foundation.

The rising public storm paved way to a triumphant Republican convention in which Trump could have sustained a semblance of unity. Instead, he stumbled on his mouth by quarreling about a US Muslim soldier killed in action and with the Speaker of the House Paul Ryan, lost voters in several swing states and polarized division among Republicans.

The pessimist take is that the Trump campaign is amid a meltdown, while Trump seeks to save his face and might withdraw. In turn, Republican leaders such as Mitch McConnell are considering a replacement. According to party rules, it would be a logistical nightmare, but technically possible.

In that case, Trump would have to remove himself; or the GOP would have to remove Trump. That would pave the way for Trump’s Vice President Mike Pence, or Paul Ryan. While conservative Ted Cruz might try, he would not get majority support. There would also be many dark horses.

Of course, die-hards cannot believe that Trump could be fired. Besides, Trump shows no signs of resignation. Consequently, they expect Trump to stage a “fantastic” comeback.

Intriguingly, the shifts in the polls do not reflect voters´ perceptions about America’s direction and priorities. Most Americans believe that the top priority in the 2016 election is economy, while two thirds believe that America is heading in the wrong direction.

Here is the contradiction in a nutshell: In November, most Americans will knowingly vote for a president they do not particularly like, don’t really trust and whom they believe will continue to take America in the wrong direction.

If this scenario will materialize, what kind of economic and foreign policies will the Clinton administration opt for?

Clinton has promised to create 10 million new jobs in America in the next four years. In reality, that does not require miracles. Thanks to demographics and output potential, US economy should create some 200,000-250,000 new jobs on a monthly basis, which means 2.4-3 million annually; that is, 9.6-12 million new jobs in four years. Ironically, it could be undermined by the kind of assertive foreign policy that Clinton supports.

Clinton has promised to expand programs for poor Americans and to increase contributions from the prosperous. Her discretionary spending relies on $1.1 trillion for infrastructure, universal pre-school and tuition assistance, paid family leave and so on. To alleviate America’s income polarization, she advocates 4% surtax on incomes above $5 million, raising rates on medium-term capital gains and estate tax rate to 45%.

According to consensus estimates, Clinton plan could generate $1.1 trillion in the next decade. However, it is a centrist plan that will not overcome US inequity. Drastic times call for greater ambition.

Today, US economy faces a massive sovereign debt burden, which amounts to $19.4 trillion (105% of the GDP). Nevertheless, Washington still lacks a credible, bipartisan, medium-term debt plan. Clinton believes that rising debt is a national security risk and her economic program would reduce it in relative terms by 2026.

In view of consensus projections, by 2026 US debt will soar by half to $29.3 trillion (106% of GDP), assuming fairly ambitious real GDP growth rate of 1.7% next decade. However, it does not include downside risks, such as monetary exhaustion, immigration decline, recession, or geopolitical crises.

Instead, a less ambitious growth rate of 1.2% would cause the debt-to-GDP ratio climb to 115-120%. In relative terms, this is comparable to the Greek burden at the eve of its sovereign crisis in 2009. The tiny Greek crisis shook Europe; the huge US debt crisis would rock the world.

After his Nobel Peace Prize in 2009, President Obama was widely expected to scale back America’s commitments overseas, particularly George W. Bush’s long wars in Afghanistan and Iraq, and shift responsibilities to allies. Instead, the Obama White House has authorized deployments in Syria, is rethinking troop drawdown in Afghanistan, considering sending more troops to Iraq and Syria, expanding the fight with ISIS to North, West and East Africa (e.g., Nigeria, Libya, Somalia), and spending more for sending heavy weaponry to Eastern and Central Europe to counter Russia. The US military is now actively engaged in more countries than when Obama took office.

In the Clinton era, US military policy would be more costly, assertive, and global. She is unlikely to cut military spending even though the US already spends $600 billion on defense – more than the next seven countries combined, according to SIPRI.

While the US pivot to Asia began in Obama’s first term, it was first framed by Clinton, as foreign secretary. In that role, she promoted the Trans-Pacific Partnership (TPP); but to beat Sanders, she turned against it. As president, she might flip-flop again and support it.

She also supported the shift of 60 percent of US military ships to Asia Pacific, a decision that has toughened attitudes in China and contributed to increasing rearmament and conflict escalation in the region.

That is why neoconservative leaders, led by Robert Kagan, have rushed behind Clinton´s campaign. That is also why 50 former GOP national security leaders recently slammed Trump who would like to renegotiate US pacts with its allies.  They wanted to ensure the continuity of US “military-industrial complex” and the expansive foreign policy – but Clinton will reap the political benefits.

Even after the global crisis and China’s growth deceleration, Asia may have generated wealth amounting to twice the size of Germany into the world economic map. In the 21st century, the world’s economic future relies on peace in the region.

If the massive US military transfer is really meant for stabilization, it would contribute to peace. If not, it will split the region, slow China’s rise and the catch-up of emerging Asia. That, in turn, could undermine the promise of the Asian Century.