Home » Tanzania Walks Away from the Trade Table

Tanzania Walks Away from the Trade Table 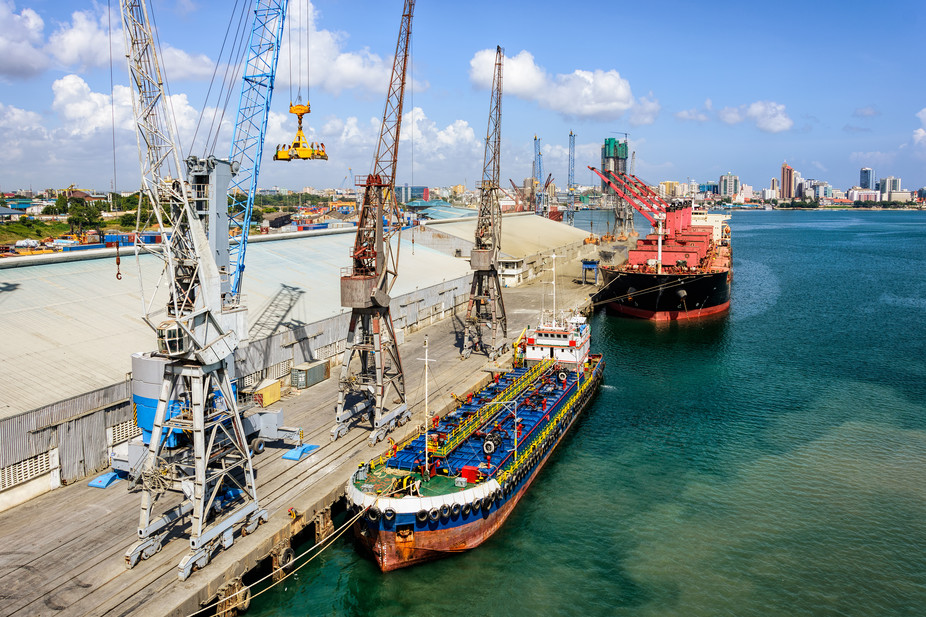 Tanzania’s refusal to sign a new trade deal between the East African Community (EAC) and the European Union (EU) has generated anxious reactions. If news reports are to be believed, plans had been made for a signing ceremony to take place during the just-concluded United Nations international conference on trade in Nairobi.

Tanzania’s refusal to sign a new trade deal between the East African Community (EAC) and the European Union (EU) has generated anxious reactions. If news reports are to be believed, plans had been made for a signing ceremony to take place during the just-concluded United Nations international conference on trade in Nairobi. In the event, the Kenyan foreign minister said more time would be required to rally all the countries around the trade deal.

While opting out of the joint EU-EAC Economic Partnership Agreement, Tanzania cited the economic and constitutional uncertainties arising from British voters’ decision to leave the EU. Tanzania argued that, with the exit of its core market from the EU, it had little to gain from the partnership agreement negotiations, and that signing up would harm its “national interest”.

As much as Kenya may feel short-changed by Tanzania’s last-minute decision, it is probably an opportunity to get things right. It is important that the EAC member states take time to reflect afresh on the Economic Partnership Agreement negotiations to come out with a better deal.

The Economic Partnership Agreements are trade pacts between the EU and other regional economic blocs across Africa, the Caribbean and the Pacific (ACP). These negotiations are viewed as a build-up from the Cotonou agreement, signed in 2000 as a comprehensive engagement between the EU and the ACP. The aim was mainly to facilitate the integration of the least developed countries across these regions into the global economic network. It was also aimed at promoting regional integration, economic cooperation and good governance.

Once signed and ratified, the Economic Partnership Agreement on goods will provide the EU with free access to the EAC market for its goods in exchange for lowering tariffs on EAC exports to the EU market.

Tanzania’s move was no surprise

Tanzania’s last-minute pull-out did not come as a surprise. It appears it has been a dead weight all along in the negotiation process, which started in 2007. Brexit was merely a scapegoat to quit the negotiations, which its past regimes have approached halfheartedly.

Tanzania historically has been more inclined towards the need to , a trend from which incumbent President John Magufuli seems unwilling to break away. The most outspoken opponent of the Economic Partnership Agreement negotiations has been Benjamin Mkapa, Tanzania’s former president. Mkapa views the negotiations as potential measures of killing Tanzania’s – and by extension the EAC’s – infant industries.

However, Tanzania’s concerns are legitimate and should be taken into consideration. It’s important to note that the EU-EAC deal is basically primed on trade in goods and not services. EAC exports are mostly primary, unprocessed agricultural products and minerals. The EU, on the other hand, exports highly manufactured products and machinery into the EAC market.

The disadvantage of this relationship is that EAC exports to the EU are generally of low value. The foreign exchange earned is unlikely to improve the trade imbalance between the two regions, which is currently overwhelmingly in favour of the EU. In the long run the EU exports have the potential to not only undermine the manufacturing industries across the EAC region, but may also lead to the dumping of EU agricultural products in the region.

EAC agricultural products are unlikely to compete favourably given the heavy European government subsidies, coupled with highly modernised European agricultural technology. This could result in untold harm for EAC farmers and the agricultural sector, which is the backbone of EAC member states’ economies. It could also derail the manufacturing industries across the region, which depends on agricultural produce.

The Economic Partnership Agreement sounds like a raw deal for Tanzania and the EAC compared with a  that seeks to establish and nurture agro-processing and mineral industries. In contrast with the Economic Partnership Agreement, the China-brokered industrialisation programme could lead to value addition on EAC exports, making them more competitive.

Nevertheless, the EU remains an important trade partner with EAC member states. This is illustrated by the fact that in the past three years, in spite of the existing trade imbalance still in favour of the EU, the EAC export volume to the EU market has steadily been on the rise. The export trade in goods from the EAC to the EU increased from €2.2 billion in 2013 to €2.3 billion in 2014 and €2.6 billion in 2015.

In the short run, Kenya will be the biggest loser if Tanzania makes good its threat not to sign the partnership agreement by October 1, 2016. Unlike its partners in the EAC, Kenya is considered a lower-middle-income country. Without the agreement, Kenyan exports would therefore be subject to at least 25% taxation across the EU market. However, exports from other EAC member states would continue enjoying the “Everything But Arms” trade arrangement with the EU.

However, in the long run the major detriment due to Tanzania’s action is likely to be the very viability of the EAC integration process. The distrust and inconsistency in the general application of agreed trade rules, norms and other agreements by member states is likely to subvert and derail efforts towards integration. As a single customs union, the EAC should require that all member states negotiate multilateral trade deals as a single bloc.

Tanzania, expected to attain middle-income status by 2025, could also lose in the long run once its nascent manufacturing industries have picked up. As a middle-income nation, it would be required to negotiate new trade deals for its exports to the EU market, just like Kenya.

Tanzania should therefore find a way to balance its current protectionist policies with the interests of its partners. This fosters continued integration and erases the notion that it is overly hell bent on undercutting Kenya’s economic dominance in the region, as some pundits in the region suggest.

Kenya may yet escape punishing tariffs in trade with the EU. A member of the EU delegation to the 14th United Nations Trade and Development Conference in Nairobi suggested new measures to offer Nairobi temporary relief. That gives the EAC member states time to negotiate and agree to a deal as a bloc.