Home » Taiwan: Another Fukushima In The Making?

Taiwan: Another Fukushima In The Making? 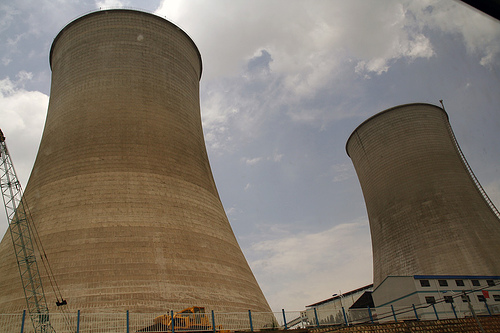 In the wake of the Fukushima disaster, countries around the world have been re-evaluating their nuclear power facilities. Just like Fukushima, Taiwan’s nuclear power reactors are fairly old, with all six of its existing reactors built near fault lines. Will there be a turnaround in Taiwan’s commitment to nuclear energy?

Taiwan imports 99 percent of its energy, which is vital to its rapidly industrializing economy.

In the wake of the Fukushima disaster, countries around the world have been re-evaluating their nuclear power facilities. Just like Fukushima, Taiwan’s nuclear power reactors are fairly old, with all six of its existing reactors built near fault lines. Will there be a turnaround in Taiwan’s commitment to nuclear energy?

Taiwan imports 99 percent of its energy, which is vital to its rapidly industrializing economy.

The island nation’s electricity demand was recently growing at almost 5 percent per year, but this is slowing to about 3.3 percent per annum to 2013. Nuclear power has been a significant part of the electricity supply for two decades and now provides 17 percent of the country’s overall energy needs.

Taiwan launched its nuclear power project in 1972 with the construction of a General Electric boiling water reactor (BWR) at the Chinshan 1 Nuclear Plant in northern Taiwan. By 1985 Taiwan had a total of six reactors online at the Chinshan, Kuosheng and Maanshan NPPs, which provided nearly 20 percent of the island’s power that fuelled Taiwan’s economic take off. The NPPs are operated by the Taiwan Power Co. (Taipower) utility under the Ministry of Economic Affairs.

In the wake of the 11 March Fukushima nuclear catastrophe in Japan, Professor Chan Chang-chuan of National Taiwan University’s College of Public Health noted that Taiwan’s three existing nuclear plants and a fourth, the one now under construction, are located in earthquake-prone regions near the sea, which originally facilitated the transportation of nuclear fuel and construction materials but leaves the sites facing the double hazards of earthquakes and tsunamis. Chan said, “Such locations expose our reactors to a double risk.”

All six of Taiwan’s existing reactors are built near major fault lines, and two more reactors are under construction at the advanced boiling water reactor (ABWR) Longmen NPP in New Taipei City’s Gongliao District. On 31 October Taiwan’s Minister of Economic Affairs Shih Yen-shiang said that the Longmen facility is expected to enter commercial operation no later than 2017.

Capturing the high ground, on 3 November Taiwanese President Ma Ying-jeou unveiled the government’s new nuclear energy policy, promising to gradually move the country towards a nuclear-free future, announcing that the scheduled 40-year service life of the Chinshan, Kuosheng and Maanshan nuclear plants would not be extended, while the New Taipei City Longmen NPP would only begin commercial operations when all necessary safety requirements were met.

[quote]Ma said, “This new energy policy is crafted in a proactive, practical and responsible manner in keeping with the principles of no power rationing, maintenance of stable electricity prices and continued reduction of carbon dioxide emissions to meet international goals.”[/quote]

Going Ma one better, on 15 December Opposition Democratic Progressive Party (DPP) Chairwoman candidate Tsai Ing-wen declared that if she wins next year she will close all three of Taiwan’s existing nuclear power plants and mothball the Longmen NPP, seeking to end Taiwan’s nuclear energy program by 2025 and candidate number three, James Soong of the People First Party, favors not extending the service life of the three existing NPPs but favors a ‘wait and see’ approach on the Longmen NPP. The Chinshan NPP license expires in 2018-2019, Kuosheng in 2021-2023 and Maanshan in 2024-2025.

The policy represents a significant turnaround in Taiwan’s commitment to nuclear power, as in May 2009 Taipower was examining the prospects for six more reactors, starting with the Longmen NPP.

Therefore, the only remaining question is whether the South China Sea’s notorious weather patterns will remain benign over the next 14 years. If not, according to Wang To-far, economics professor at National Taipei University, “if a level-seven nuclear crisis were to happen in Taiwan, it would destroy the nation.”

Another Asian Fukushima Imminent? is republished with permission from OilPrice.com