Home » Should Student Loan Debt Forgiveness Go Beyond the Defrauded?

Should Student Loan Debt Forgiveness Go Beyond the Defrauded? 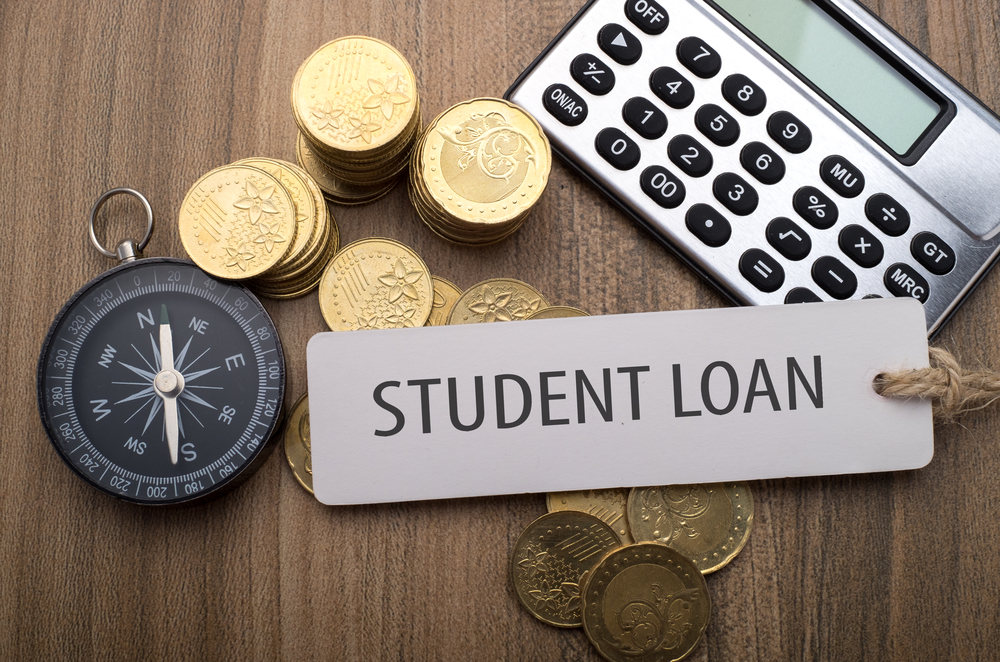 Outstanding student loan debt in the United States reached a record US$1.35 trillion in March, up six percent from a year earlier.  About 10 million people who borrowed from the government’s main student loan program – 43 percent – are currently behind or no longer making payments, with more than a third of them in default.

Outstanding student loan debt in the United States reached a record US$1.35 trillion in March, up six percent from a year earlier.  About 10 million people who borrowed from the government’s main student loan program – 43 percent – are currently behind or no longer making payments, with more than a third of them in default. Some students are especially at risk, such as those who attended for-profit institutions.

Meanwhile, the loan default rates widely reported by the U.S. Department of Education fail to account for borrowers who default more than three years after repayment begins. These rates also fail to account for the millions of borrowers who are struggling or unable to repay their loans but aren’t included in the numbers because they’ve claimed an economic hardship deferment.

These unsettling numbers raise the question of what happens to borrowers unable to repay their student loans.

While individuals with debt they cannot repay often turn to bankruptcy, this discharge option is frequently unavailable in the case of student loans. Such debtors must first demonstrate “undue hardship,” an exacting standard few borrowers are able to satisfy and one not applied to most types of unsecured debt in bankruptcy.

Credit card debt, for example, can be easily discharged as long as a person qualifies to file for bankruptcy protection. The standard also leaves student-loan debtors without the types of options open to businesses in bankruptcy to work with creditors to reduce debt.

Some student-loan borrowers may soon have some relief, however. The Department of Education proposed a new rule this week, for example that would make it easier for students who are defrauded by their colleges to have their debt forgiven.

That’s a step in the right direction. However, more needs to be done.

As higher education legal scholars who have been examining these issues for many years, we have a special interest in the ways in which laws and legal standards support or harm students. The general inability for Americans to discharge student loans under current bankruptcy law represents an issue affecting millions of borrowers and their families.

This and the growing mountain of debt have prompted lawmakers and other observers to warn of another bubble in the making, with potentially disastrous consequences.

How undue hardship was established

The federal role in student loans can be traced back to the National Defense Education Act of 1958, which made federal loans available to all students.

Until the 1970s, student loan debt received the same treatment in bankruptcy proceedings as other types of unsecured debt. Concerns arose, however, that unscrupulous borrowers had sought to discharge their student loans after obtaining lucrative positions in such fields as medicine and law.

Evidence suggests no widespread pattern of abuse existed, but Congress directed in 1976 that federally guaranteed loans could not be discharged in bankruptcy during the initial five years of the repayment period, absent a showing of undue hardship.

Congress did not define the term undue hardship, leaving it to the bankruptcy courts to interpret its meaning. Most courts have adopted the so-called Brunner test (named after a famous court ruling), which requires student loan debtors to make three showings.

This stringent standard can lead to disheartening results. For example, in one case, a bankruptcy judge denied discharge under the undue hardship to a student loan debtor in her 50’s who had a record of homelessness and lived on $1,000 a month.

In practice, most courts have applied the Brunner test, or similar standards, in ways that make discharge in bankruptcy especially difficult for many student loan borrowers. In fact, a2012 paper calculated that 99.9 percent of bankrupt student loan debtors do not even try to discharge them. Among the reasons for this low percentage is likely the difficult standard to qualify for a discharge.

Piling it on (Chart)

Some courts push back

Recently, however, a few bankruptcy courts have interpreted the Brunner test more leniently.

In perhaps the most well known example, a panel of judges reviewing a bankruptcy decision discharged the student loan debts of Janet Roth, a 68-year old woman with chronic health problems who was subsisting on Social Security income of $780 a month.

Roth’s creditor argued that she could not pass the good-faith prong of the Brunner test because she had never made a single voluntary payment on her student loans. However, the panel rejected this argument because Roth had lived frugally and had never earned enough money to pay back her student loans in spite of her best efforts to maximize her income.

The panel also rejected the creditor’s arguments that Roth should be placed in a long-term income-based repayment plan that would extend for 25 years. Roth’s income was so low, the creditor pointed out, that she would not be required to pay anything on the student loan anyway. Nevertheless, a remote possibility existed that Roth’s income would rise in the future, permitting her to make at least token payments.

In the court’s view, putting Roth on a long-term repayment plan seemed pointless. Applying a common law principle of basic fairness, the court stated, “that the law does not require a party to engage in futile acts.”

One of the judges in the Roth case filed a separate opinion agreeing with the judgment but suggesting that courts should abandon the Brunner test altogether. He argued courts should replace it with a standard in which bankruptcy judges “consider all the relevant facts and circumstances” to determine whether a debtor can afford to repay student loan debts “while maintaining an appropriate standard of living.”

Such a standard would be more closely aligned with how most other types of debt are eligible for discharge in bankruptcy.

So far, federal appeals courts have not taken up the suggestion to scrap the Brunner test, although several lower courts have begun applying it more humanely. The Brunner test, however, is a subjective standard, and debtors experience widely different outcomes when they attempt to discharge their student loans in bankruptcy. Moving toward a more humane standard

Recent actions by the Obama administration on the issue – including this week’s announcement on “predatory” colleges – has accompanied the judicial activity.

For example, in 2015 the Department of Education offered guidance on when loan holders should “consent to or not oppose” undue hardship petitions involving government-backed student debt in bankruptcy proceedings.

The department also recently announced an initiative to address problems in making loan forgiveness available to individuals who are permanently disabled.

In the case of private student loans, the Obama administration has urged Congress to make such loans no longer subject to the undue hardship standard.

Courts and federal agencies can help to humanize interpretation and application of the undue hardship standard and make discharge a more realistic option for some borrowers. Ultimately, however, authority rests with Congress to make any substantive changes to the treatment of student loan debt in bankruptcy.

While likely on hold until after the November elections, the pending reauthorization of the Higher Education Act – the centerpiece of federal higher education policy – presents a key opportunity for Congress to review the undue hardship standard. At a minimum, Congress should consider abolishing the standard for private student loans.

Other options include reinstating limits on how long the undue hardship standard should apply to federal student loans or directing courts to adopt a more flexible test for discharge in bankruptcy, such as that advocated in the separate opinion in the Roth case.

With so many student loan borrowers struggling, circumstances suggest the need for Congress to take decisive action on this critical issue on public policy and humanitarian grounds.