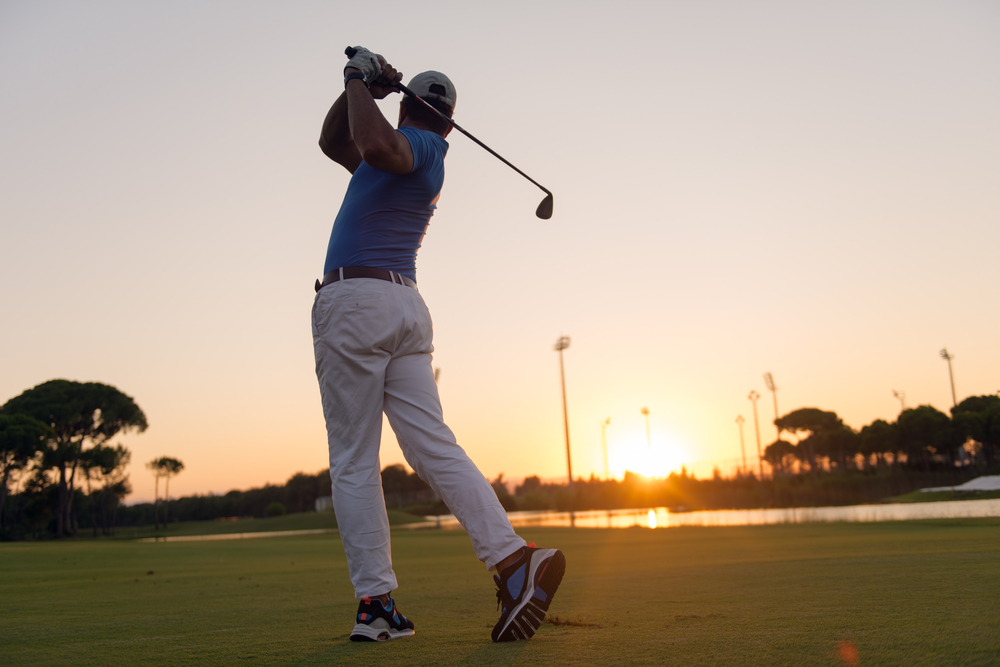 The media circus surrounding Donald Trump’s bid for the US presidency is briefly switching from America to the £200m reopening of a golf resort in south-west Scotland. Trump Turnberry, as it has been renamed, boasts a remodelled course and a substantially upgraded five-star hotel and spa. The man himself is reportedly to fly in for a grand ceremony on June 24.

The media circus surrounding Donald Trump’s bid for the US presidency is briefly switching from America to the £200m reopening of a golf resort in south-west Scotland. Trump Turnberry, as it has been renamed, boasts a remodelled course and a substantially upgraded five-star hotel and spa. The man himself is reportedly to fly in for a grand ceremony on June 24.

Turnberry is among 18 golf courses that belong to The Trump Organization in the US, Scotland, Ireland and Dubai. It represents his best chance of landing the British men’s Open Championship, the only one of the four golf majors to take place outside the US.

Then came his campaign for the Republican nomination. Though golf’s ruling body in the UK has avoided commenting on that situation, Turnberry’s immediate future as an Open destination is arguably in doubt, despite it having played host four times, most recently in 2009. Given that Trump’s golf courses are at the heart of a global property and hotels empire, events in this quiet corner of Scotland look like an interesting case study in the risks of mixing business and presidential ambition.

Trump in the rough

Insulting Mexicans and Muslims might have played well with some blue-collar Americans fed up with cookie-cutter politicians and afraid of terrorism and losing their jobs to illegal immigrants, but they may not be going down well with the ruling bodies of golf. The sport is increasingly keen to lose its white men’s elitist image and embrace far corners of the world – witness the recent embarrassing row over allowing female members at Muirfield Golf Club in the east of Scotland.

While Trump told the LPGA to go elsewhere if they felt so strongly and that he wouldn’t sue them for breach of contract, losing the championship would still have seriously damaged his reputation and caused enormous commercial embarrassment. The decision on where to hold the men’s Open Championship rests with golf’s governing body outside North America, the Royal & Ancient (R&A). It chooses the destination from a rota of ten courses around the UK, which has included Turnberry since 1977.

It already surprised some golf observers by agreeing to Trump’s plan to substantially change the Ailsa course at Turnberry – particularly the stretch of eight holes along the craggy coast. While the traditionally conservative body has allowed minor tweaks to all courses on the rota over the years, Trump has realigned fairways; changed greens and relocated them closer to the seashore; and even introduced completely new holes.

The result, according to computer-generated images, is an undeniably spectacular course that will place Turnberry truly in a category of its own. The experience will not be cheap, however – anywhere between £195 and £275 for a round depending upon whether you stay at the hotel. In a country where Trump was already notorious before his presidential campaign for fighting with both the Scottish government and landowners over his other golf investment, the Trump International Golf Links in Aberdeenshire, this will not help attract local players.

Granting permission to change Turnberry is also a different matter from allowing the Open to be held there, of course. The R&A avoided answering questions about Turnberry’s place on the men’s rota when it announced in late 2015 that Royal Portrush in Northern Ireland would host the championship in 2019 following a break of nearly 70 years.

It then confirmed that Turnberry would not be considered to host any Open prior to 2022, apparently chipping a decision on holding the event at the course into the long grass.

Though Trump’s supporters argue Turnberry may have lost its place on the rota without his investment, the R&A will likely be hoping that Trump moderates or backtracks on his more controversial comments, perhaps even that his 2016 presidential bid fails. If he does win in November, one assumes that pronouncements concerning temporary bans on Muslims entering America, deporting 11m illegal immigrants and building a wall along the Mexican border will come to nothing. Even so, a President Trump would be sufficiently unpredictable that the R&A could well feel that a Turnberry Open was an unnecessary risk.

In addition, given current golf politics, Trump might still be damned without winning the presidency. Last month’s bold decision by the R&A under new chief executive Martin Slumbers to withdraw the open from Muirfield – arguably the most acclaimed test of golf on the rota – is a clear sign of dramatic change. Tellingly, men’s number three Rory McIlroy was quoted as saying Muirfield needs the Open more than the Open needs Muirfield. The values of proprietary club owners like Trump will probably no longer be off bounds in determining the venue of the game’s leading men’s competition in future. There have meanwhile been calls in the US for Trump’s course at Bedminster, New Jersey to lose another of golf’s majors, the 2022 PGA Championship.

Therefore, notwithstanding his immense wealth and the unparalleled visual magnificence of his championship-quality course at Turnberry, Donald Trump may not have any lever to pull to get his way with golf’s regulatory body. One suspects he has become the obstacle to his own ambitions in international golf. It will be interesting to see if he encounters similar difficulties in other parts of his empire.