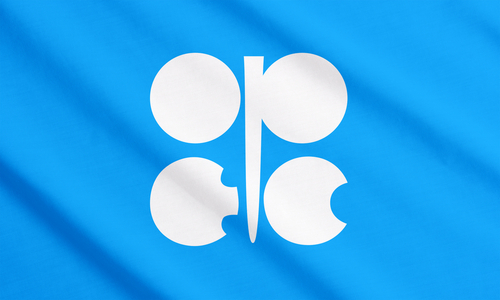 The demand for oil in 2015 will drop to its lowest level since 2002 because of an oversupply of crude and stagnant economies in China and Europe, according to OPEC’s latest forecast. And that’s just one of several sour estimates.

The demand for oil in 2015 will drop to its lowest level since 2002 because of an oversupply of crude and stagnant economies in China and Europe, according to OPEC’s latest forecast. And that’s just one of several sour estimates.

And yet on Nov. 27, OPEC refused to lower its production levels below 30 million barrels a day, adding to the oil glut that started with the US boom in high-quality shale oil. As a result, the price of Brent crude has plunged more than 40 percent since June. Futures for US crude also are down dramatically.

“There is a growing realization that the first half of next year is going to look very weak,” Gareth Lewis-Davies, a strategist at the Paris-based bank BNP Paribas, told Reuters. “You start to price that in now.”

On Dec. 9, meanwhile, the American Petroleum Institute (API) reported that inventories of US crude rose during the week ending Dec. 6 by 4.4 million barrels to 377.4 million barrels. The increase was twice as large as had been expected. US backlogs of gasoline and distillates also were up, according to the API.

“Almost all the news flow points to a weaker market,” said one oil analyst, Carsten Fritsch of Commerzbank in Frankfurt. “We have had very bearish API data with large stock builds across the board, and also a very bearish Short-Term Energy Outlook from the EIA, with a sharp reduction in demand growth forecasts for next year.”

Abhishek Deshpande, an oil market analyst at Natixis, agreed. “The fundamentals outlined in the report look quite bearish,” he said. “Fiscal balances are a huge problem for weaker OPEC members, so I won’t be surprised if they call for an emergency meeting [to adjust production levels] early next year.”

In fact this year’s price plunge hasn’t hurt just the weaker OPEC members. Bloomberg reports that oil prices now are too low for 10 of its 12 members to balance their governments’ budgets. The exceptions, the news agency reports, are Kuwait and Qatar. Saudi Arabia may be losing money on oil at the moment, the news agency says, but its treasury has nearly three-quarters of a trillion dollars in reserve.

What’s missing in this flurry of news, as of midday Dec. 10, is what OPEC plans to do about the balancing the oil glut with the expected stretch of lower demand. And the cartel’s next meeting to discuss production levels isn’t scheduled until June 5, 2015.

Oil Price Tumbles after OPEC Releases 2015 Forecast is republished with permission from Oilprice.com