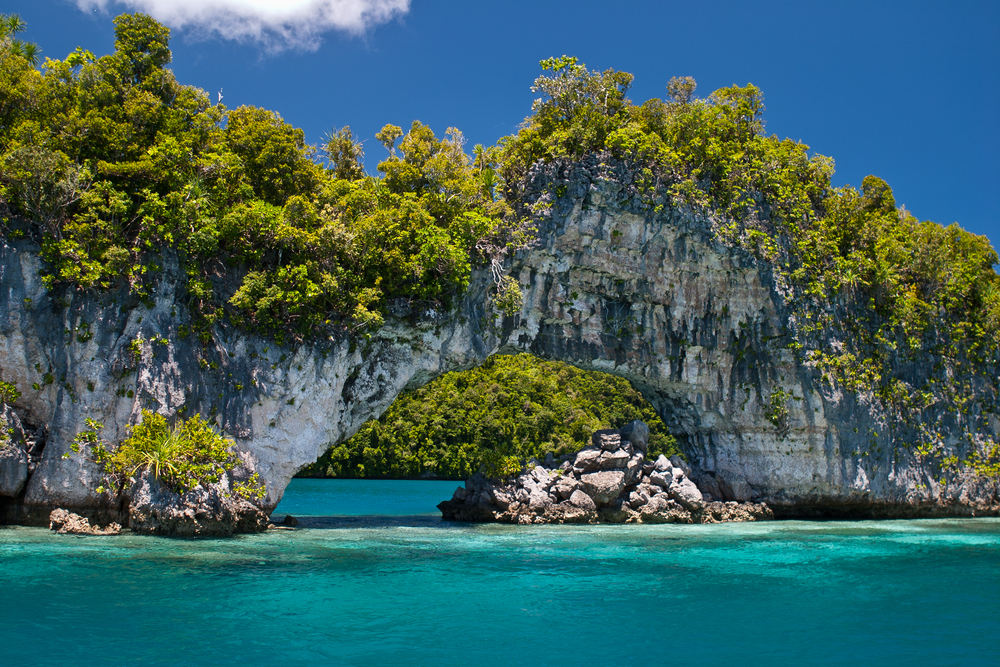 Dame Meg Taylor is no ordinary woman. The first woman to be appointed to the position of Secretary General of the Pacific Islands Forum has a proud track record of breaking boundaries on behalf of Pacific women. As PNG’s first woman lawyer and the first Papua New Guinean woman to serve her country as an ambassador, she has seen immense changes in women’s roles in the Pacific during her lifetime.

Dame Meg Taylor is no ordinary woman. The first woman to be appointed to the position of Secretary General of the Pacific Islands Forum has a proud track record of breaking boundaries on behalf of Pacific women. As PNG’s first woman lawyer and the first Papua New Guinean woman to serve her country as an ambassador, she has seen immense changes in women’s roles in the Pacific during her lifetime.

Taylor is no longer alone. Increasing numbers of Pacific women are establishing themselves as strong examples and advocates of women’s capacity in the region. Challenging the stereotype of Pacific women as victims, they are (becoming) business and community leaders, and even politicians. Having grown up in societies where the goal of inclusive ‘development’ is all-important, many are also committed advocates of change in the region.

Take Amanda Donigi for example, the 34-year-old Papua New Guinean founder and editor of Stella magazine — a women’s magazine that celebrates the voices of Pacific Islanders. Raised in PNG, but educated in Australia and the United States, Donigi is part of a small but significant cohort of dynamic women who are transforming ideas about what it means to be a Pacific woman. Urban, educated and well-connected, Donigi and her fellow ‘movers and shakers’ reject traditional gender roles in favour of economic and personal autonomy, and fuller participation in public life.

Stella celebrates women entrepreneurs, politicians, pilots and activists. Speaking to the ‘thinking women of the Pacific’, the magazine encourages young women to think beyond the domestic realm, but without ever denigrating the roles women play as mothers and partners. For Donigi, Stella is all about encouraging ‘the woman who is not afraid to stand up and speak her mind and who’s aiming to get to the top in whatever it is they are doing’.

Elsewhere, Pacific women are demonstrating their capacity to influence decision-making in their communities. Ella Wairu, a 23-year-old woman from the Solomon Islands, provides a powerful example.

At the age of 18, Ella went to her father’s island in East Guadalcanal for a holiday, and decided to develop the tourism industry there. With support from her parents, Ella started by turning her family’s rest house into a bungalow for visitors. She began to discuss the idea of tourism with the older men who made decisions about land use.

For Ella, talking was never enough. She wanted to show the older people in the village that change was about action rather than words. She started a student association in town and began to hold fundraising events. Using the money raised, the student association paid for a sanitation project, helped with the construction of a library for the local school and organised various youth activities.

After two years, the commitment of Ella and the other young people persuaded the elders to support the registration of the area for tourism. Today the enterprise welcomes about 500 expatriate visitors a year, who come to snorkel, plant coral, hike and fish. The locals, including Ella’s cousins, have a stake in the business, and earn money as guides, cleaners and food producers.

Not all Pacific women possess the personal resources, connections or power to make as big an impact as Donigi or Wairu. These leading women provide clear evidence that Pacific women are moving beyond their conventional roles as wives and mothers.

Many educated and employed women in the region’s towns and centres are choosing to change the way they conduct their relationships. This may include deciding not to marry or delaying marriage, deciding when or if to have children or to be a single mother, as well as deciding not to remain with violent or unsupportive men.

Sarah, a 30-year old mother of two from Port Vila in Vanuatu, says her decision to separate from her partner has resulted in her being ostracised by the church and some of her friends. She says she takes criticism as ‘an opportunity to educate people’. In the strongly Christian and often morally conservative societies of the Pacific, young women’s decisions to remain unmarried or parent alone represent a significant challenge to gender roles as constructed within both ‘traditional’ and religious norms.

As recently as 2007, there was a belief among many of the educated women that they lacked role models. The advent of Stella and other media representations — including the Pawa Meri films, which tell the stories of six leading women in the community — make clear that things have changed, even in this short time.

The majority of Pacific women continue to be valued primarily for the roles they perform as wives and mothers. The choices and actions of an increasing number of women in the Pacific suggest that today’s young women can look to one another to find inspiring examples of women taking other, less well-trodden paths.