Home » Or Maybe the South China Sea could be Demilitarized?

Or Maybe the South China Sea could be Demilitarized? 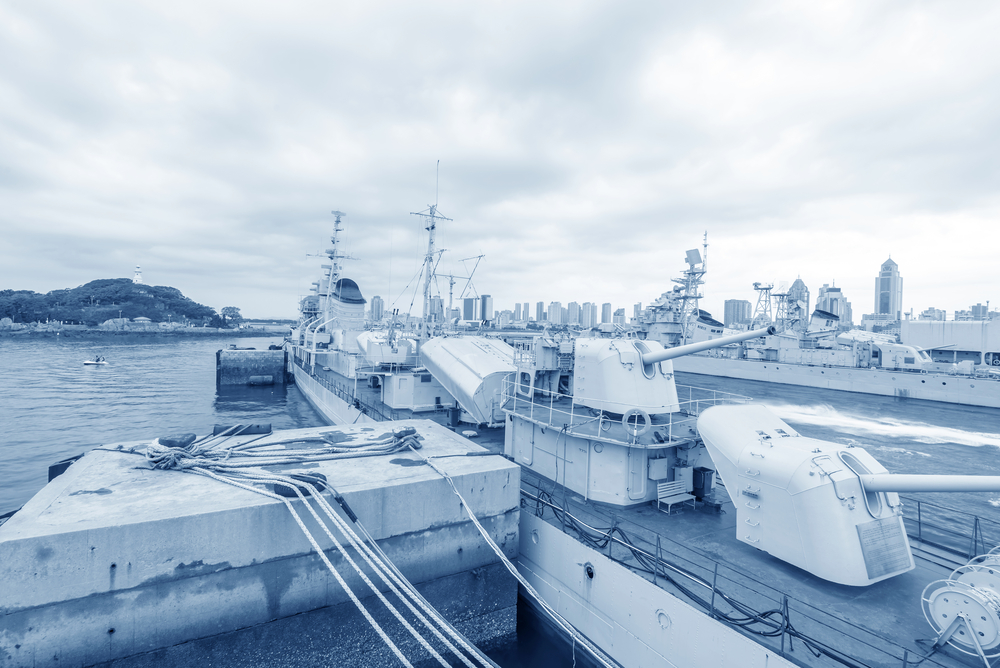 Recent months have seen a continuing increase in military activities in the South China Sea, particularly by the United States and China, but also by ‘bit players’ like India and Japan. These activities only serve to heighten tensions in the region at a time when the priority should be to demilitarise the area.

Recent months have seen a continuing increase in military activities in the South China Sea, particularly by the United States and China, but also by ‘bit players’ like India and Japan. These activities only serve to heighten tensions in the region at a time when the priority should be to demilitarise the area.

In the most recent serious incident, on 17 May, two Chinese fighter jets intercepted a US Navy EP-3 intelligence and surveillance aircraft about 50 nautical miles east of Hainan Island. This incident could have violated agreed upon procedures between the United States and China to manage such encounters. It follows earlier incidents when Chinese jet fighters intercepted US P-8 Poseidon surveillance aircraft over the South China and Yellow seas.

The United States recently conducted its third freedom of navigation operation (FONOP) in the South China Sea since China started its extensive land reclamation and building of airfields and support facilities on reclaimed land in the Spratly Islands.

The latest FONOP involved a US warship sailing close by the disputed Fiery Cross Reef. In March, the United States sent a small fleet of warships — comprising aircraft carrier John C. Stennis, two destroyers, two cruisers and a Japan-based US Seventh Fleet flagship — into contested waters to counter the presence of China.

During his recent visit to Vietnam, President Barack Obama announced that the United States would be lifting its longstanding ban on sales of lethal military equipment to Vietnam. This has been construed as part of a strategy to help Vietnam defend itself against an increasing threat from China in the South China Sea.

In return, Vietnam might grant the United States access to the strategic Cam Ranh Bay military base. Along with access to bases in Palawan in the Philippines, this would markedly enhance America’s ability to project military power into the South China Sea.

Lyle Goldstein from the US Naval War College suggests in his recent book Meeting China Halfway that rather than enhancing US military engagement with Vietnam, Washington should be ending it, arguing that ‘recent overtures toward military cooperation between Hanoi and Washington have violated reasonable principles of geopolitical moderation’. Unfortunately, moderation has not been evident in any recent developments in the South China Sea.

What is significant about recent American naval activities in the region is that Washington has chosen to announce them with a blaze of publicity. This suggests a clear intention to confront China and to show the world that the United States is doing so.

India added to tensions recently when it sent a force of four naval vessels into the South China Sea for a two-and-a-half-month-long deployment, which includes participation in Exercise Malabar off Okinawa, jointly with the US Navy and the Japan Maritime Self-Defense Force.

Predictably, Beijing reacted strongly to this naval deployment, saying that New Delhi should not encourage Tokyo and Washington to bring added tensions to the region.

Meanwhile a Chinese strike group of three guided missile destroyers, two frigates and a supply ship, in addition to a submarine and aircraft carrier, has been conducting exercises in the South China Sea. This group patrolled off Chinese-controlled reefs in the Spratly Islands, including Fiery Cross Reef, only a day before the American FONOP near that reef.

All this is looking like dangerous brinkmanship. All the major powers in the South China Sea are trying to achieve an advantageous outcome by pushing dangerous events to the edge of active conflict.

Anyone who knows China and its history will know that China will go to the brink. However, it will not be China that actually goes over the brink. It’s much more likely to be one of the countries taking China to the brink that does so. China, with a ‘home ground’ advantage and numerous military and civil assets in the region, can readily create a situation where one of the other parties will be forced to fire the first shot or to back down. Hopefully, though, current rules of engagement won’t allow a first shot to be fired. However, we can’t be sure of that.

Significantly, the countries that are taking China to the brink are extra-regional players with often-overstated interests in the South China Sea. They are ‘burning their boats behind them’, with nowhere to go other than to back down or fire the ‘first shot’. They have no concept of an end game other than compelling China to back down and follow their ‘rule of law’. That is not going to happen.

The sad reality is that all this brinkmanship is adding to the strategic distrust that pervades the region at present.

Unfortunately, no existing regional forum has been prepared so far to address the implications of greater military activity in the South China Sea and the increased tensions that result. The sovereignty disputes currently attract greater attention. This obsession with sovereignty leads to a situation where sovereignty is not just an obstacle to effective management of the South China Sea and activities within it, but also to any preparedness to address measures to demilitarise the sea.

Demilitarising the South China Sea should be an objective of all stakeholders. To this end, China should clarify its claims in the South China Sea and refrain from activities that might be seen as assertive or aggressive. Japan and India should moderate their activities, and the United States should step back from its current naval initiatives, including by not undertaking provocative FONOPs.

These prominent players in the South China Sea should all back off from their current military activities, lest the region continue down a track that could lead to more serious incidents and even conflict.