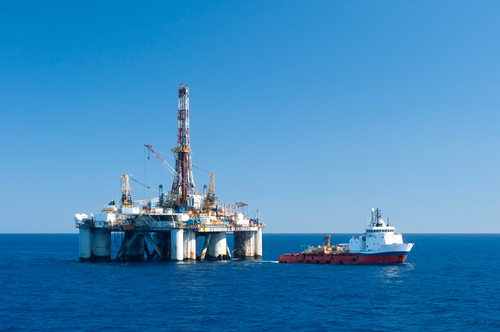 Several nations are contesting the South China Sea’s offshore resources. China has stepped out to warn that it is not to be provoked, while countries like the Philippines and Vietnam are hoping that international law would provide some backing for its claim to oil. But no one is raising any eyebrows; after all billions in oil profits are at stake here.

Several nations are contesting the South China Sea’s offshore resources. China has stepped out to warn that it is not to be provoked, while countries like the Philippines and Vietnam are hoping that international law would provide some backing for its claim to oil. But no one is raising any eyebrows; after all billions in oil profits are at stake here.

U.S. oil company ExxonMobil is reporting a “potentially significant” gas discovery off the coast of Vietnam, stating in a press release, “We can confirm ExxonMobil Exploration and Production Vietnam Limited drilled its second exploration well offshore Danang in August 2011 and encountered hydrocarbons.”

ExxonMobil is the world’s largest publicly traded oil company by market value. While Vietnam, an oil exporter and the third-largest oil producer in South Asia, began offshore exploration of its reserves in the 1970s, Hanoi only started in 2004 awarding offshore exploration concessions to a plethora of foreign companies, including those from the U.S., Canada and India with ExxonMobil receiving concessions from the Vietnamese government allowing it to explore blocks 117, 118 and 119 off Danang, an area that Vietnam insists is well within its 200-mile exclusive economic zone under international maritime law.

The South China Sea’s offshore resources are currently claimed by six countries – China, Vietnam, Taiwan, Malaysia, Brunei and the Philippines, with competing claims overlapping in a crazy quilt pattern. Given the billions of dollars at stake for exploiting the undersea energy resources, it is unlikely that the contradictory claims will be resolved anytime soon, making Southeast Asian waters a potential flash point for conflict.

The devil is in the details and in this case the United Nations unwittingly played the role of Lucifer when in 1982, the United Nations Convention on the Law of the Sea Part V, Article 55 defined an “exclusive economic zone” (EEZ) for countries with maritime frontiers as extending 200 nautical miles from a nation’s coastline. Needless to say, in congested waters this clause was a subject of dispute, as nations raced to define their new offshore parameters, a contest only heightened by the world’s increasing addiction to hydrocarbons.

Like Pontius Pilate, the UN washed its hands of bilateral and regional disputes arising from the convention and devolved negotiations to the parties involved, which account for the current impasse in the South China Sea, as the 1982 UNCLOS agreement did not establish any adjudication mechanism for resolving disputes.

According to Hanoi, Vietnam’s exploration efforts in what it maintains are incontestably within its EEZ waters have come under increasing harassment from Chinese naval units. In May Vietnam’s state oil and gas monopoly PetroVietnam claimed that Chinese ships had harassed and damaged its oil exploration ships.

As ExxonMobil has a license from the Vietnamese government to explore blocks 117, 118 and 119 off the coast of Danang, an area that Hanoi claims falls well within its 200-mile exclusive economic zone under international maritime law, will/can ExxonMobil apply its influence in Washington to safeguard its interests?

The founder of the modern Vietnamese state, Ho Chi Minh, reportedly said before his death in 1969, “Colonialism is dying. The white man is finished in Asia. But if the Chinese stay now, they will never go. As for me, I prefer to sniff French shit for five years than to eat Chinese shit for the rest of my life.”

It is essential that China shut down Vietnam’s uppity attitude now, as a number of other international companies besides ExxonMobil have recently found oil in the region, including Malaysia’s Petroliam Nasional Bhd., Britain’s Premier Oil PLC, Russia’s state-owned Gazprom OAO and France’s Total SA, and Beijing will hardly want to take on the governments behind them.

As for Hanoi’s obstreperous attitude, those with an historical memory might recall that China and Vietnam fought a brief but bloody border war in 1979, four year after the country was unified. The Chinese Global Times newspaper recently editorialized that nations involved in territorial disputes with Beijing in the South China Seas should “mentally prepare for the sounds of cannons” if they remain in conflict with Chinese policy.

At present ExxonMobil is adopting a low profile approach. ExxonMobil Upstream Media Relations official Patrick McGinn said only of the discovery, “Data from the well are being analyzed. Our first well offshore Vietnam did not encounter hydrocarbons.”

The issue is not minor for Vietnam, as its fossil-fuel production and exports have recently declined.

For those interested in history, which has rather more resonance in Asia than the West, it might be noted that the Varyag has been renamed the Shi Lang.

Shi Lang was a Chinese admiral who served the Ming and Qing dynasties, revered for leading the amphibious assault and conquest of the Kingdom of Tungning in 1681. Tungning is now known as Taiwan.

So, given the competing claims in the South China Sea, will international law or force prevail?

Place your bets, but remember your history – and hold your nose…

Apocalypse Redux? U.S. Natural Gas Find Off Vietnam Could Raise Tensions with China is republished with permission from OilPrice.com