Home » Not a Good Time to Be an American

Not a Good Time to Be an American 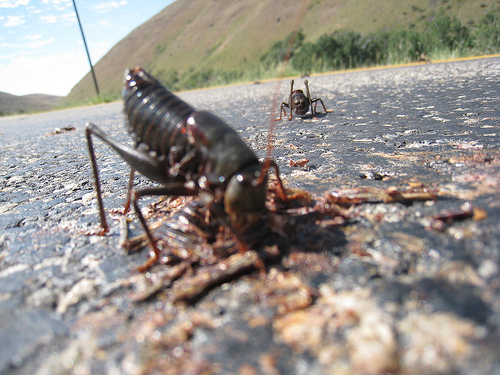 The first results are in, and they will not be great news for everyone. Simply put, it is not a good time to be an American.

As the data fills out, we start to get a sense of what people around the world are feeling.

The first results are in, and they will not be great news for everyone. Simply put, it is not a good time to be an American.

As the data fills out, we start to get a sense of what people around the world are feeling.

So far we have learnt that Kazakhstani’s are feeling really good about life, although admittedly we have only heard from two of you so far. So come on, residents of Astana and the rest of that vast and beautiful country – are you all feeling great about the Kazakhstan Economy too?

Check out the real-time Consumer Confidence Index on EconomyWatch

We have also learnt that Italians are the most pessimistic about the future, all 3 of you feeling decidedly down, followed closely by 10 Brits.

We have more statistically significant reponses from three countries. 34 Indians and 30 Singaporeans have confirmed that those countries are optimistic, pushing Asia/Pacific to the top of the continental rankings.

However we have been most closely tracking responses from what is still the world’s largest and most important economy, the United States.

[quote]What we have seen is a steady decline in confidence Stateside, that is literally pulling the whole world down.[/quote]

48 Americans have given the US a rating of 562 (out of 1,000), broadly meaning that they expect the economy to stay the same. This is down from a confident 756 Mid May, although we should point out the Mid May figures were not statistically significant and so are probably skewed.

In fact, responses in the last week have been on average below 500, meaning that most people in the US now believe things will get worse.

Respondents are particularly worried about Employment Conditions and Household Income, although they feel slightly better about Business Conditions and the overall Economy.

These figures, however, have been dropping across the board.

Judge for yourself: US Consumer Confidence Index

Even though there is a sense of opportunity then, it doesn’t seem to be flowing to the middle classes in the form of wages and jobs, or so the perception goes. Is there any truth to this?

The Daily Mail provided confirmation of this bleak picture.

There were 54,000 jobs created in May, but that was only one quarter of the approx 200k jobs that were created monthly in the preceding three months,  and well short of what ‘Economists’ had been predicting: overall payrolls to rise 150,000 and private hiring to increase 175,000.

[quote]Economists said the report did not suggest the economy was heading into recession, but they said job growth could prove frustratingly slow.[/quote]

Got it? We’re all right Jack – Wall Street that is – but you can forget about jobs.

Well what do you expect if you put a tax-dodging crookmeister like GE’s Jeffrey Immelt in charge of jobs creation. Not only did these shmucks pay ZERO tax on $5.1 billion US revenues, they actually claimed a tax benefit of $3.2 billion.

Instead of making an example of this kind of modern day reverse Robin Hood, the White House put him in charge of the President’s Council on Jobs and Effectiveness.

So don’t expect any policies designed to actually boost employment any time soon, although more policies on effectiveness (ie even less corporate tax and even more benefits) are surely in the making.

The Daily Mail went on to say that

[quote]With downwardly-revised figures for employment in the previous two months, today’s report confirmed the sharp slowdown in economic growth since the beginning of 2011, despite government efforts to power up a job-creating recovery.[/quote]

They never said what the government efforts to power up a job-creating recovery were, beyond the Robber Barons being put in charge of creating jobs.

‘Overall, this is horrible,’ said Ian Shepherdson, U.S. economist for High Frequency economics. He then went on to say it was likely a short-term dip – which we suspect means, once again, short-term for Wall St and not the unemployed.

To add insult to injury, it turns out that over 20,000 of the jobs created were at McDonalds. More than half of new jobs are McJobs.

In fact, it gets worse.

Consumers believe the chances of bringing home more money one year from now are at their lowest in 25 years, according to analysis of survey data by Goldman Sachs.

Goldman’s made this extraordinary statement after studying the University of Michigan and Thomson Reuters poll, which asks consumers whether they believe their family income will rise more than inflation in the next 12 months [note: the EconomyWatch.com poll asks about views for the next 6 months.]

Wage pessimism is at its lowest in more than two decades as real hourly wages have dropped 2.1 percent on an annualized basis over the past six months, a rate of decline not seen in 20 years.

[quote]A typical recovery pattern goes like this: stock market bottoms, economic growth bottoms and then hiring and wage increases return. What’s unique and scary about this recovery is that the last piece of the recovery is not there.[/quote]

But if you really want to see how the system is focused on Wall St and corporates, while eating its young, look at housing.

The Wall Street Journal reported that house prices have already fallen more than during the Great Depression.

[quote]The folks at Capital Economics write in with this gloomy tidbit: “The further fall in house prices in the first quarter means that, on the Case-Shiller index, prices have now fallen by more than they did during the Great Depression.”

By their calculations, prices are now down 33% from their 2006 peak, compared with the 31% decline during the Depression.[/quote]

[quote]The brief recovery in prices in 2009, spurred by government aid to first-time buyers, has now been entirely snuffed out, and the average American home now costs 33 per cent less than it did at the peak of the housing bubble in 2007. The peak-to-trough fall in house prices in the 1930s Depression was 31 per cent – and prices took 19 years to recover after that downturn.[/quote]

The remarkable thing about this downturn is that even though prices have fallen by more than in the Great Depression, the bottom has yet to be reached. We think that prices will fall by at least a further 3% this year, and perhaps even further next year.

[Nouriel] Roubini said that the United States “real estate market, for sure, is double dipping”, and and predicted that banks could face another $1 trillion in housing-related losses.

Now Zillow is forecasting that U.S. home values are poised to drop by more than $1.7 trillion this year.

In a real worst-case scenario, how far could housing decline? Dean Baker argues that

In March of this year, Gary Shilling predicted that housing would decline another 20%, and wouldn’t recover for 4-5 years.

Government economic policy that does nothing meaningful to tackle unemployment and the failure to prosecute mortgage fraud are largely responsible for the slump in housing.

Until those policies are reversed, housing could keep declining for a long time.

[quote]When housing crashed in 2007 and 2008, the government had two choices. It could have:

(2) Created sustainable jobs, broken up the big banks so that they stop driving our economy into a ditch, and restored honesty and trustworthiness to the economy and the financial system. All this would have meant that the economy would recover, and people would have enough money to afford to buy a new house. (See this).

The government opted to try to prop up prices.

Indeed, as I have repeatedly pointed out, the government’s entire strategy has been to try to artificially prop up the prices of all types of assets.

The big talk in Washington these days is “helping homeowners”. Unfortunately, what passes for help to homeowners in the capitol might look more like handing out money to banks anywhere else.

There are simple, low-cost ways to help homeowners who were victims of the housing bubble and lending sharks…. But this would mean hurting the banks rather than giving them taxpayer dollars, and we still don’t talk about hurting banks in Washington DC.

[/quote]When Ronald Reagan swept into power, he put in place a program to free corporate interests to gouge the state, while progressively rolling back welfare programs and blaming the poor for deficits.

That program has been so successful that it has captured successive generations of Republican and Democrat administrations.

Until some brave and resourceful leader comes up with a real program of hope and change, it will remain bad news to be American.

Unless you are a large American corporation or bank, of course. In that case, you have never had it so good.