North Korea is the Thorn in Russia and China’s Side 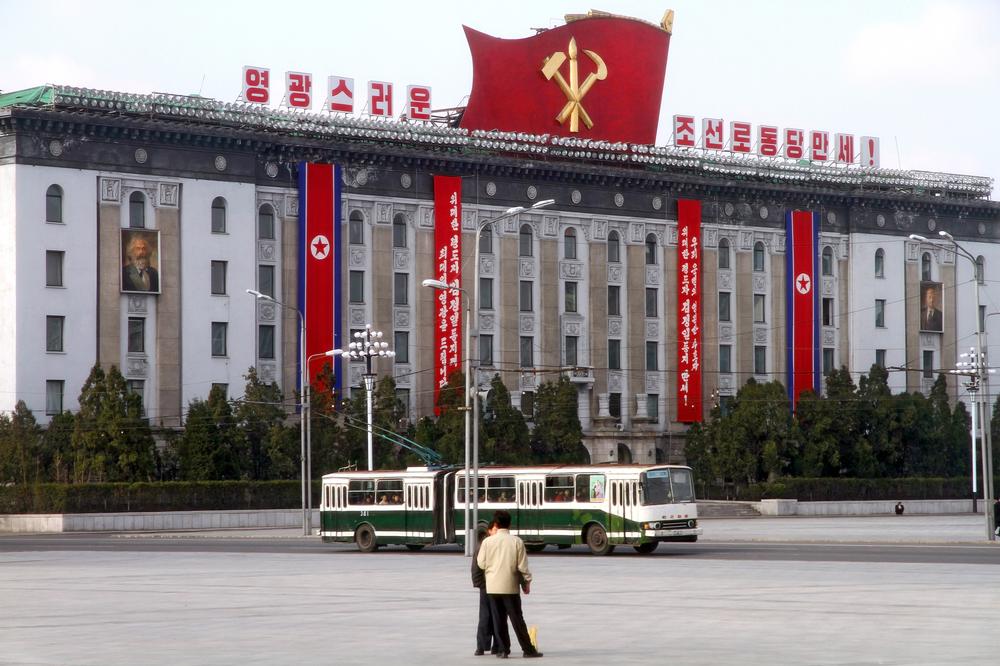 Specifically, China and Russia have stated they seek greater adherence to international norms and rules rather than states taking unilateral actions to execute foreign policy interests. Putin and Xi agreed to use the term ‘global strategic stability’ to outline their visions for a global alternative to militarisation.

Following the meeting, the two sides issued a joint statement outlining their views on global strategic stability. The statement called for adherence to international norms within the aegis of the UN Charter and lamented both the proliferation of missile technology and the potential militarisation of space. The deployment of the Terminal High Altitude Area Defense (THAAD) missile system came under particular criticism in the joint statement, which said that THAAD’s deployment would not only fail to account for the real threat of arms proliferation in Northeast Asia but would also hurt China and Russia’s interests.

The meeting and the joint statement have been interpreted differently across the globe. The mainstream Western media treated the meeting and its outcomes as another joint China–Russia attack on the West, while China’s media have praised Putin’s visit.

However, the ‘global’ nature of the two countries’ vision for strategic stability is contradictory.

While China and Russia have on several occasions spoken out against what they perceive as US interference in regional affairs, China and Russia’s respective security interests are largely separate. Russia and the West remain in a simmering standoff in Eastern Europe, especially concerning NATO and Russia’s military activities.

While China and NATO do have some interactions, security issues in Eastern Europe are usually not of immediate concern for Beijing.

In addition, while China has sought to enlist Russia’s support in the South China Sea, Russia has had to walk a fine line, seeing as it is currently attempting to shore up relations with the ASEAN bloc as a whole as well as some Southeast Asian nations on an individual level.

Looking beyond ideas of East versus West or the much-perpetuated notion of a China–Russia alliance trying to thwart Western domination reveals a more likely motivation for China and Russia’s actions. Despite the use of the term ‘global’ in the phrase on strategic stability, China and Russia’s most immediate shared mutual concern is regional.

Though they did not explicitly mention it by name, one can reasonably argue that much of the content of the China–Russia joint statement was directed the continuing security crisis in North Korea.

The Korean peninsula is arguably the most sensitive and volatile shared area for Beijing and Moscow. North Korea’s recent nuclear test and the launching of an orbital rocket and a pair of medium-range missiles threaten China and Russia’s security.

In addition, the amassing of thousands of US troops on the Korean peninsula continues much to the chagrin of China and Russia. As tensions increase, China and Russia are growing more anxious about the possibility of a small spark igniting a massive fire in what is a vulnerable powder keg.

Russia in particular has consistently called for the North Korean security crisis to be solved within the confines of the United Nations and not through unilateral (military) means. In addition, Russian officials have spoken out against North Korea’s security provocations as well as US military activities in South Korea like the annual Foal Eagle and Key Resolve exercises.

The joint statement briefly mentioned biological and chemical weapons and in the same paragraph highlighted the potential that the so-called Islamic State (IS) could acquire such armaments. In March, Richard Haass of the Council on Foreign Relations warned that North Korea’s increasing isolation and financial hardships could incentivise it to sell weapons to the so-called ‘Islamic State’ militant group.

North Korean officials may interpret the joint statement. It’s possible that China and Russia did not want to mention North Korea by name for fear of needlessly provoking an already tense situation. Even if Chinese and Russian officials truly seek a broader global mandate when calling for ‘global strategic stability’, there can be little doubt that Beijing and Moscow had North Korea in the forefront of their minds when issuing this statement.

By calling for ‘strategic stability’, China and Russia are sending two messages simultaneously. On the one hand, they are warning North Korea against further provocations. But at the same time, as they have emphasised using the UN as an instrument of conflict resolution, China and Russia are also exhorting the United States to refrain from unilateral security actions against North Korea.