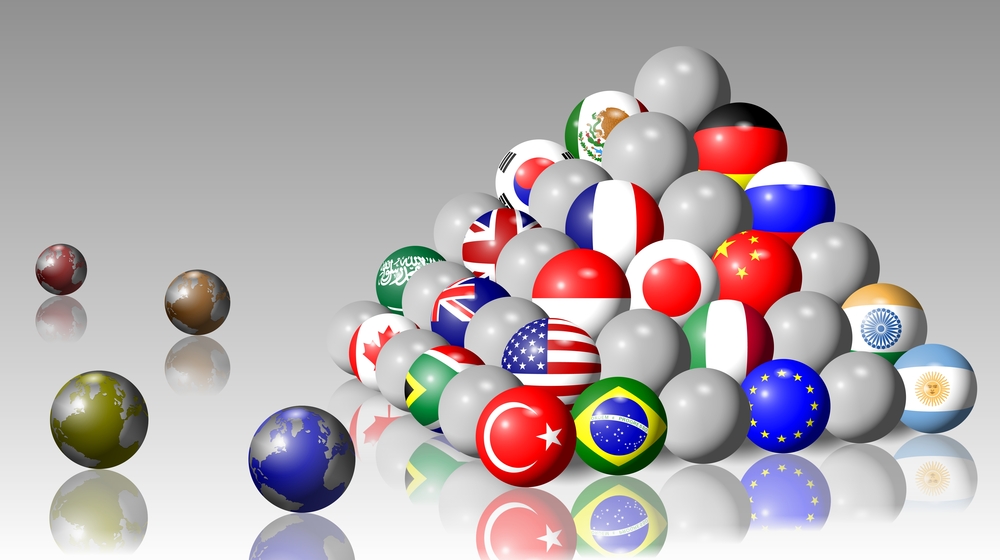 However, perhaps the biggest threat facing the current international economic order over the long term – as well as the enormous prosperity it has created, lifting billions out of poverty – is the backlash against globalization. As it stands, however, the G20 is focusing on the firefighting and less on the long term.

That’s a big mistake because the global economy is more fragile than many think, and there’s a real risk that protectionism and anti-trade sentiment could derail what has been built. Instead of remaining a fire brigade or an annual talking shop, the G20 should use its clout and resources to serve as counterweight to the backlash and articulate a global vision.

As a professor of international business over the past three decades, I have seen how the benefits of globalization have lifted billions out of poverty in emerging countries and conferred on American consumers over US$2 trillion in savings since 1980 in the form of lower prices. While these gains have been somewhat offset by the loss of low-end manufacturing jobs in the U.S., the net benefit has been enormous.

The world is a very uneven and unequal place, made up of 193 nations, each with its own language, culture, laws, institutions and average income, ranging from a paltry $221 per person per year in South Sudan to $101,994 in Luxembourg.

While there are regional or global bodies like the United Nations and the European Union and trade agreements between countries, there is no world government or judiciary that can enforce its will on a sovereign nation. National sovereignty is still very much the norm.

That’s where the G20 comes in.

The G20 is a mixed bag of leaders representing 19 countries plus the EU, ranging from rich democracies like the U.S. and Germany to monarchies like Saudi Arabia and autocracies like Russia. Their economies cover 85 percent of the world’s economic output, almost two-thirds of its population and about three-quarters of its carbon footprint. However, it is a small enough group that these countries can have a real impact when they put their minds to something.

What can the G20 leaders accomplish when they get together, other than develop personal relationships? Actually, quite a lot, because the group not only represents over three-quarters of the world economy but, being small, can hope to reach consensus, compared with absurdly unwieldy bodies such as the United Nations with its 193 members. For the past century or longer, humankind has been building a global civilization and an interconnected economy. This cannot continue without closer coordination and cooperation among its leading nations, especially with emerging threats and concerns.

The G20 provides a forum to address them. Presidents Obama and Xi could do more at the G20 than deal with short-term problems. Nicolas Asfonri/Reuters

President Xi Jinping summarized many of those threats in his 47-minute inaugural G20 speech.

Most are economic, such as sluggish global growth and falling trade. Protectionist sentiment and xenophobia are on the rise, as seen in the U.K.’s Brexit referendum and the candidacy of Donald Trump. This so-called globalization backlash threatens to take us backward to a more fragmented, “raise the drawbridge” world with a lower standard of living for all.

One of the biggest fears on this score is that countries will engage in competitive devaluations of their currencies to make their exports cheaper for other nations to buy and, consequently, reducing imports from its trading partners. As the world’s biggest exporter, China led the way at the summit in declaring that it would manage the value of the yuan responsibly, although it did not articulate any specific guidelines or parameters.

Other concerns included discrimination against foreign direct investors, the growing challenge of cybersecurity, the global oil glut and climate change. On this last problem, some progress was made as Presidents Obama and Xi reaffirmed their commitment to the Paris climate agreements.

Except for climate change, most of the other issues tackled by the G20 are short-term in nature. This is necessary, but misses a great opportunity to build an institution that addresses the long term collective destiny of humankind.

The G20 should build an institution devoted to long-term issues.

With so many pressing problems festering across the globe, it may be difficult to focus on the long term. That is exactly what the G20 needs to do, and is the only institution uniquely positioned to do so because of the relatively small size of member states.

We are, arguably, building and nurturing a global civilization, yet there is no efficient and ongoing organizational “architecture” for intergovernmental coordination and consensus. The United Nations, with 193 member states, is too large, too amorphous and too unstructured to do the job effectively. A smaller group of 20 nations – which as I noted represent about half the globe’s people and most of its output – can achieve better coordination and accomplish much more. An annual meeting is insufficient.

The G20 should take on this important role. It could become an articulator and formulator of strategy for long-term progress in the world economy and act as a counterweight to those who feel threatened by globalization and the rapid spread of ideas and values that are challenging traditional ones.

The global convergence of ideas and lifestyles distresses those whose traditional identities and self-image are threatened. Britain’s exit from the EU, Trump’s rise, the spread of extreme conservatism in Islam, ultraorthodoxy in Judaism and the unnecessarily defensive attitudes of the Hindu right in India are all manifestations of the reaction to globalization and the psychological and sometimes real threat it poses to traditionalists around the world.

Globalization is also seen as a threat by workers whose skills can be replicated by others in foreign countries, doing the same work for lower wages. This was one of the main concerns of Bernie Sanders supporters.

To an employee in Peoria, Illinois, or Canton, Ohio, laid off because his job was transferred to Vietnam, it is small comfort to be told that his pain is more than offset for the U.S. as a whole because America’s participation in trade treaties has created more export or international business jobs in California and Texas. Alternatively, that the typical American household benefits because it hypothetically saves at least $800 a year because of cheaper imports.

What the G20 could do is not only to articulate the overall benefits of globalization to their citizens but take practical steps such as creating a joint fund and colleges or vocational schools for retraining workers displaced by globalization – and encouraging its 20 member states to do the same in their own nations.

That’s why the G20 is the best bet to lead a coordinated defense of globalization and its benefits.

Over the last 15 years, globalization has lifted about 1.25 billion people out of extreme poverty and propelled another 1 to 2 billion into the middle class. Another telling stat: In 1981, when the world population was 4.5 billion, 1.98 billion lived in abject poverty. That’s 44 percent. In 2015, even though the world population reached 7.4 billion, the abject poverty rate had plunged to 9.6 percent. Only 710 million today live in extreme poverty.

This is primarily because of the spread of foreign direct investment, trade, domestic and international deregulation and the (tentative and shaky) emergence of a rules-based world economic order.

It is a stunning but fragile accomplishment, unprecedented in human history – which has been full of sudden blockages and U-turns.

The glories of Rome, Chang-An (capital of the Han dynasty, today’s Xian) and Pataliputra (capital of the Mauryan Empire in India) interconnected by the “Silk Road,” were followed by centuries of “dark ages” in Europe and fragmentation in China and India. The forces of protectionism, recidivism, excessive nationalism and tribalism lap at the shores of our fragile global economy. Who will defend it and help us build a global civilization while minimizing the pain of those hurt by globalization?

Even the largest countries, acting alone, are inadequate to play such a role. The G20 nations, while accounting for more four-fifths of the global economy, are nevertheless a small enough group to achieve consensus.

The coming decades of the 21st century call for an even greater degree of coordination, communication and joint action in pursuing fiscal policies and monetary systems, fostering innovation, balancing growth with ecological needs, tackling global warming and continuing poverty reduction. Although I’m not a big fan of big government, the G20 could be the leading espouser of global values, norms and rules and as a proponent of international business.