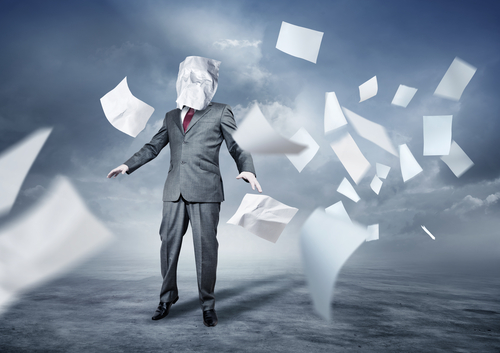 Lloyds now wants to cancel the bonds, which means many of the investors will be unable to replace what they had seen as a long-term income and some may lose part of their original investment. These investors – most of whom are elderly – are witnessing at first-hand how, as organisations evolve and restructure, seemingly straightforward investments can turn into complicated nightmares.

Many of these investors first became involved in the stock market in the 1990s when looking for a source of income to top up their pensions. They were attracted to a type of corporate bond called a permanent income bearing security (PIB) issued by building societies.

When you buy any corporate bond, you are making a loan to the company that issues it. A standard bond has a set lifetime, called a term, and pays a regular fixed amount of interest (called the coupon) during that term. Many corporate bonds can be traded on the stock market. Their features and stock-market price are usually quoted by reference to a standardised unit called the “par value” which is typically £100. This par value is paid back (redeemed) at the end of the term. If you buy the bonds on the stock market, you may pay more or less than the par value.

There are many variations on this standard model. For example, PIBs have no set term. They continue indefinitely and so are called “irredeemable” bonds. Investors are attracted to them because they offer a relatively high, long-term income. The most obvious risk is that, to get your money back, you have to sell on the stock market where you might get back less than you paid for them.

There are other risks too – interest payments can be skipped and, if the organisation issuing the bonds went bust, you could lose a large chunk or even all of your money. But these risks have generally seemed less likely to materialise in the sober world of building societies.

Many PIBs vanished during the 1990s when building societies converted to, or were swallowed up, by their racier cousins, the banks. But the PIBs were often replaced by similar investments – and this is how, by the time of the 2007 global banking crisis, Lloyds had a large number of retired investors holding a mixed bag of bonds with them.

As the global crisis unfolded, Lloyds needed to raise huge amounts of extra capital from its existing investors. With support from the government, one way it did this was to persuade them to exchange their bonds for different ones called enhanced capital notes (ECNs). These notes, technically a type of bond called a contingent convertible, are very different from PIBs. On the plus side Lloyds guaranteed that the interest, at rates from 7% to 15% of par, would be paid. On the other hand, ECNs have fixed terms (ranging from 2019 to 2032) and complicated conditions under which Lloyds can decide to convert the bonds to shares or redeem them early.

With interest rates now so low, there is a big incentive for any bond issuer to cancel expensive high-interest debt, if it can. For example, the government is replacing some of its longstanding bonds, such as its War Loan (issued in 1932) with new debt that pays lower interest rates. Little surprise that Lloyds has jumped at a chance to pay back its ECNs early. Whether it can do this legally is in dispute, however.

Back in 2009, Lloyds’ reason for issuing the ECNs was that they counted as a type of secure financing that regulators would accept as increasing the financial strength of the bank. Recently, the rules have changed and ECNs no longer count. Lloyds claims this is a trigger which permits early redemption of the ECNs. But investors, championed by the campaigner, Mark Taber, claim that’s not what the terms and conditions say. It will be down to the Prudential Regulatory Authority, which regulates banks, to decide whether Lloyds can go ahead.

Last August, the Financial Conduct Authority, the regulator that oversees financial firms’ business conduct, ruled that contingent convertible bonds, like the Lloyds ECNs, are too complex and risky to be sold to ordinary investors. If this is found to be the case, it would suggest that the Lloyds’ investors are not just being treated roughly now, but may have been misled back in 2009. Certainly, they are a long way from their starting point in the simple world of PIBs.