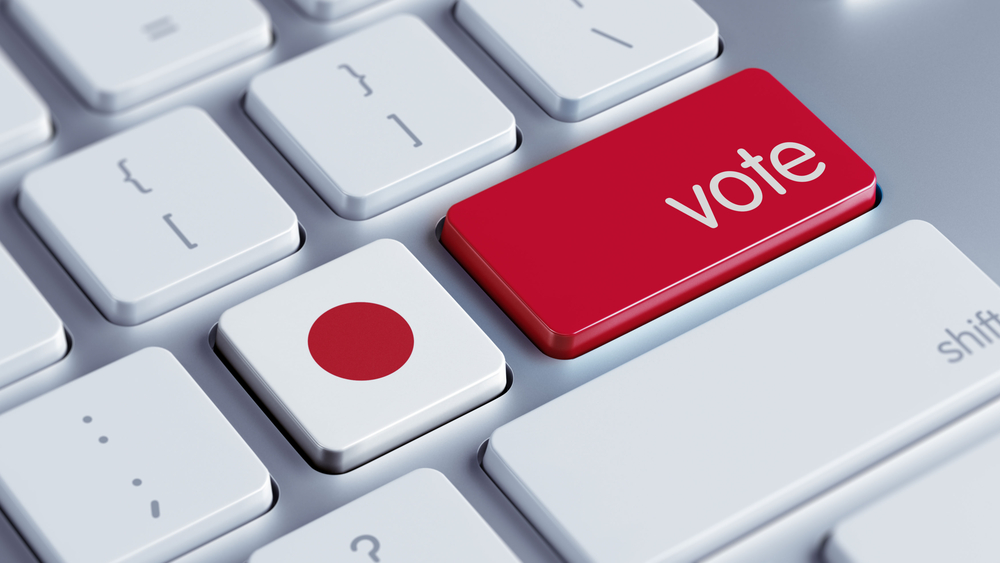 The outcome of the election will have little effect on the Abe government’s ability to pass the legislation. The ruling coalition of the Liberal Democratic Party (LDP) and Komeito holds a two-thirds majority in the lower house, with the ability to override the upper house.

A great deal of attention has been paid both domestically and internationally to the chances of the ruling coalition securing 162 seats, and with that two-thirds majority in both houses the ability to amend the Constitution.

Abe and the LDP have been courting like-minded revisionist conservative parties, particularly the regionally popular ‘Initiatives from Osaka’ (Osaka Ishin No Kai) party. These parties could control anywhere from 12 to 20 seats post-election. When added to the seats held by the coalition, the seats of these revisionists could push the coalition beyond the 162 barrier.

Aware of the math involved and the futility of trying to hold back the LDP and Komeito in the 96 seats filled by proportional voting, the opposition is trying a new and desperate tactic: joining forces to defeat the ruling coalition in the rural, underpopulated single-seat districts.

Taking the fight to the supposedly impregnable core of the LDP’s power base, four opposition parties — the Democratic Party (DP), the Japan Communist Party (JCP), and the micro-sized Democratic Socialist Party and People’s Life Party — are supporting joint candidates in the 32 single-seat districts up for election.

This is an unprecedented show of unity of purpose, particularly for the JCP. Previously the JCP has stubbornly played the role of spoiler in district elections, running its own hopeless candidates, bleeding around 10 percent of the vote from more viable anti-LDP candidates.

However, the 2016 electoral alliance between the DP and the JCP has caused considerable confusion. The DP insists that the relationship with the JCP is temporary and opportunistic.

The four parties have developed a short list of common policy positions, agreeing, for example, to oppose the inclusion of nuclear power in the nation’s base load calculations, the move of the Futenma Air Station to Henoko, the Abe government’s security legislation institutionalising a reinterpretation of the Constitution permitting forms of collective self-defence, and the ratification of the Trans-Pacific Partnership (TPP).

DP executives insist that these measures, including the party’s about face on the TPP, do not alter the party’s long-term orientation. However, Abe and LDP leaders have taken the liberty to spice up their own campaign speeches with warnings of a Communist takeover of Japan’s main opposition party.

The hubbub around the DP–JCP alliance has diverted attention away from the challenge to the unity of the ruling LDP–Komeito coalition. It is this challenge that will likely have the greatest effect on policy.

Komeito is a status quo, conservative, anti-militarist party. Its members are unenthusiastic about constitutional revision, particularly revision of the Article 9 peace clause. Komeito’s leadership already expends a great deal of energy explaining to the party faithful the benefits of cooperating with the mildly revisionist LDP.

Justifying a relationship with rightists and ultra-rightists would break Komeito’s connection with its supporters. For the Komeito leadership, the prospect of the coalition and its allies ending up with more than 162 seats is a nightmare.

The LDP relies on Komeito for its majorities in both houses. Komeito voters supply anywhere from 5 percent to 20 percent of the votes an LDP candidate receives in single-seat districts. In return, the Komeito earns significant influence over its much larger coalition partner. This influence makes it possible for the Komeito leadership to justify the coalition to its voters.

With this help, the LDP looks likely to win at least 56 seats giving it 122 seats in the upper house necessary for a majority. In such a scenario, the LDP would be able to form government alone for the first time since 1989, and Komeito voters will thus have been complicit in their own disempowerment.

A possible solution to the dilemma — have the Komeito faithful betray the LDP in the single-seat districts, preventing the LDP from gaining its majority — is out of the question. Given Komeito voters’ hatred of the JCP, the chances of them voting for a candidate co-sponsored by the JCP are zero.

What happens if the LDP has majorities in both houses is anyone’s guess. It will certainly not kick Komeito out of government — many of the LDP’s lower house members are dependent on Komeito voters for easy victories.

However, Komeito will likely find it difficult to justify its continued participation in a coalition where it has lost most of its leverage. If so, the 2016 election may be seen to have been one of immense historical significance.