Home » Is Japan at the End of the Monetary Rope?

Is Japan at the End of the Monetary Rope? 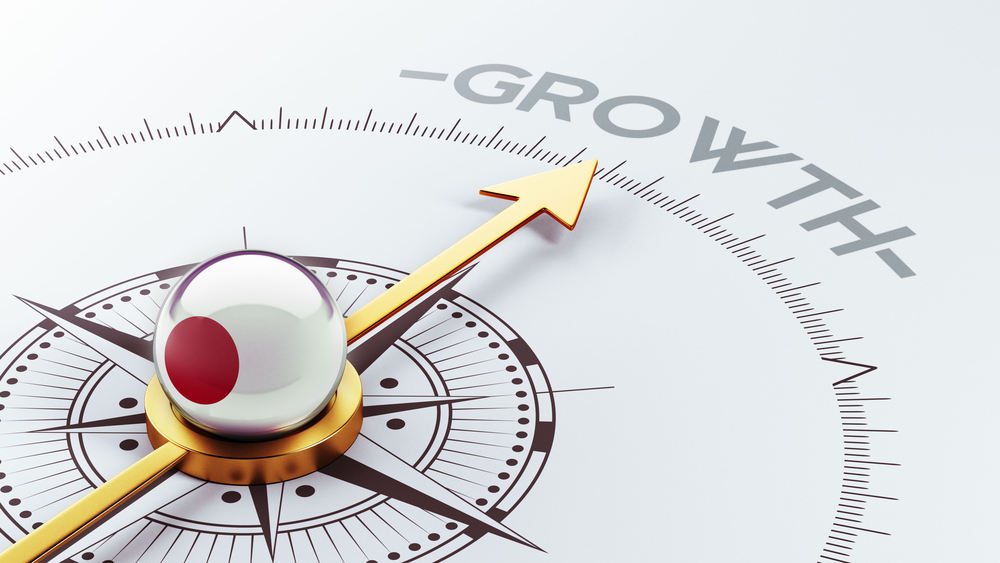 Japan’s monetary gamble and Abenomics are approaching the end of the road. Neither Brussels nor Washington is immune to the adverse consequences of Tokyo’s monetary exhaustion, says Dan Steinbock.

Recently, Japan’s second quarter GDP growth was revised up to 0.7 percent, after four consecutive quarters of stagnation. However, don’t set your hopes too high.

Japan’s monetary gamble and Abenomics are approaching the end of the road. Neither Brussels nor Washington is immune to the adverse consequences of Tokyo’s monetary exhaustion, says Dan Steinbock.

Recently, Japan’s second quarter GDP growth was revised up to 0.7 percent, after four consecutive quarters of stagnation. However, don’t set your hopes too high.

More than three years ago, the conservative caution of the Bank of Japan (BOJ) Governor Masaaki Shirakawa faded into history as his successor Haruhiko Kuroda pledged to do “whatever it takes” to achieve the 2 percent inflation target. Yet, today inflation remains close to zero and Japan’s stock market is down 13 percent.

Irrespective of the outcome of its recent meeting, the BOJ can only postpone the inevitable. Nevertheless, cyclical fluctuations in Japan or elsewhere will in no way mitigate secular challenges.

Under Kuroda, the BOJ has boosted quantitative and qualitative easing with negative interest rate policy. Base money and the central bank’s holdings of Japanese government bonds (JGBs) each have swollen to almost ï¿¥400 trillion ($3.9 trillion), which is now 80 percent of the country’s GDP, and they continue to expand at a pace ofï¿¥80 trillion ($780 billion) annually.

What Kuroda is doing would be comparable to Fed chief Janet Yellen boosting base money and the Fed’s treasuries up to $14.9 trillion, while easing at $3 trillion per year, with no specific limit in sight. In Washington, that would mean an economic kamikaze and political suicide. Until recently, Japan was a different story.

Now divisions are spreading in the BOJ. Kuroda’s fractured majority is sticking with the original plan of large-scale JGBS and negative rates to boost growth and inflation. However, some advocate greater flexibility – ï¿¥70 trillion to ï¿¥90 trillion per year – in purchases, hoping that would make a difference. In contrast, skeptics would like to curb the BOJ’s purchases, even at the risk of perceptions of tightening, rising yen and plunging markets.

Nonetheless, all three seem to believe that Japan’s fortunes can be reversed by monetary policies alone and that these policies are not part of the problem.

In December 2013, when the Liberal Democratic Party returned to leadership with Abe as its minister, the LDP campaigned on renewed fiscal stimulus, aggressive monetary easing from the BOJ, structural reforms to boost competitiveness and eventual fiscal consolidation. The devaluation of the yen, critical to Japanese exporters, was the tacit denominator of the proposed changes.

In addition to a huge liquidity risk, Tokyo took another risk in timing, as I argued then. It sought to implement the fiscal stimulus in 2013, while fiscal consolidation would follow. Obviously, unease increased in 2014. As Abe went ahead with the sales tax hike that spring, the recovery was too fragile for consolidation. Instead of strong expansion, Japan slid into recession and began its third lost decade.

Ironically, yen continues to rise, thanks to stagnation in the West and the dated perception that yen remains a safe haven currency.

Last summer, the International Monetary Fund (IMF) finally acknowledged Abenomics is not working. “The targets for growth, inflation, and the primary balance remain out of reach under current policies,” it reported. As Tokyo’s policy authorities recognized the risks, they have delayed the proposed consumption tax hike, adopted new structural reforms and a negative interest policy.

Yet, outlook remains weak with real GDP growth less than 1 percent until early 2020s. Meanwhile, time is running out.

If the BOJ will continue to purchase JGB debt, it will own almost half of all JGPs outstanding by fall 2017. That would leave another half the JGBs available for the BOJ to buy. Yet, banks need some JGBs for collateral, while insurers must have their long-term JGBs. Therefore, a year ago, even the IMF had to conclude that the BOJ would hit its JGB purchase ceiling “sometime in 2017 or 2018.”

Now there is the additional challenge of the flat yield curve. After the BOJ’s negative rates in January, the JGB curve has flattened drastically. Coupled with low rates, persistently flatter yield curves are likely to weaken financial intermediation and penalize banks, insurers and pension funds, reducing their risk-taking.

Worse, Kuroda’s monetary gamble does not only involve bond markets, but equities as well. Under its stimulus plan, the BOJ buys 3 trillion yen ($29 billion) of exchange-traded funds (ETF) annually. In spring, these purchases made it a top-10 holder in about 90 percent of all Japanese stocks, according to Bloomberg data. In late July, the BOJ doubled its ETF buys to 6 trillion yen ($59 billion) per year. It could become the No 1 shareholder in some 40 Nikkei 225 companies by early 2018.

In the next few years, the BOJ could not only own most of the Japanese bond market, but virtually most Japanese stocks; even as Japan’s gross debt will exceed 250 percent of its GDP. It is a disastrous path.

Usually, political opposition can undermine failed economic policies. Yet, Japan’s main opposition Democratic Party has been struggling since it lost to Abe in 2012. In turn, Emperor Akihito has even sought to abdicate the throne in his lifetime to prevent Abe from reviving the pre-war Imperial Japan.

If countervailing forces linger in domestic economy and politics, even internationally, market volatility is a different story.

Since the summer, Japan has been suffering from a bond tantrum as its sovereign debt has had its worst rout in a decade. Some expect the BOJ next to pursue a reverse “Operation Twist.” It could sell long-end bonds, while buying the short-end to make the easing more sustainable over time. However, as trillions in long-dated JGBs continue to carry negative yields, an abrupt withdrawal from the long-end could roil the market.

Japan remains the world’s third-largest economy and the second-largest debt market. Moreover, correlations among major markets have increased significantly since 2008. A perceived policy reversal could unleash a dramatic selloff in JGBs, while global fixed-income markets would not remain immune.

If that selloff will not ensue in the fall or 2017-18, it will only grow into a more devastating market tsunami over time.