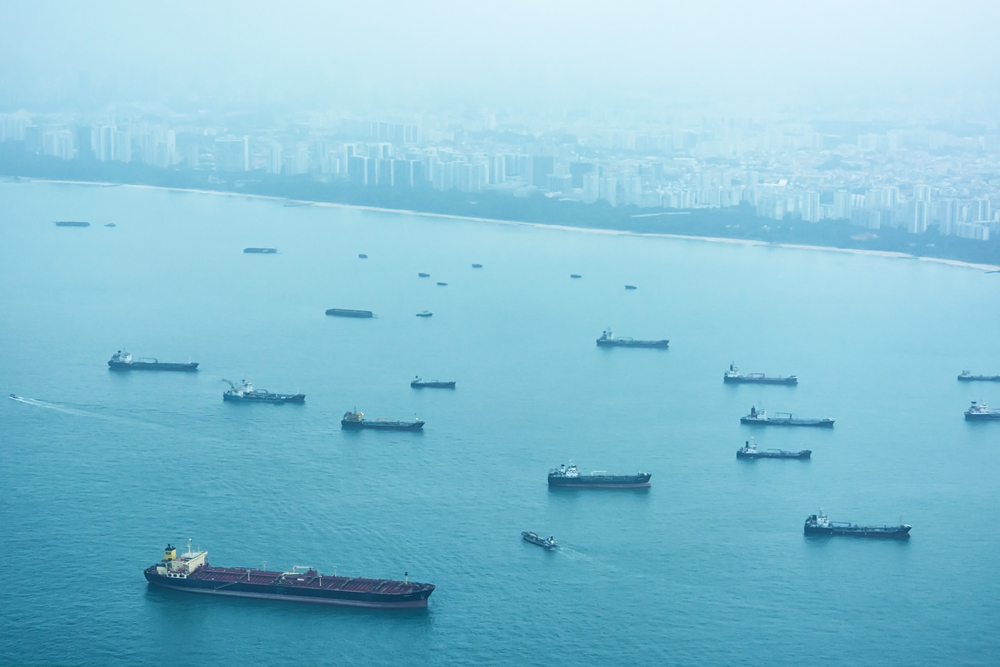 Relations have been good between Singapore and Indonesia, but challenges still lie ahead. The upcoming leaders’ retreat for Singapore’s Prime Minister Lee Hsien Loong and his Indonesian counterpart, President Joko Widodo, will coincide with the golden anniversary (50 years) of formal diplomatic ties between the two nations. Considering how far bilateral relations have come, this is certainly an occasion for celebration.

Relations have been good between Singapore and Indonesia, but challenges still lie ahead. The upcoming leaders’ retreat for Singapore’s Prime Minister Lee Hsien Loong and his Indonesian counterpart, President Joko Widodo, will coincide with the golden anniversary (50 years) of formal diplomatic ties between the two nations. Considering how far bilateral relations have come, this is certainly an occasion for celebration.

In August 1965, Singapore was separated from the Malaysian federation as an act of ideological divorce. It took another 10 months before Indonesia formally recognised Singapore’s independence following the winding down of the campaign of Konfrontasi — Indonesia’s violent opposition to the creation of Malaysia. By September 1967, a Singaporean embassy was officially opened in Jakarta.

The sheer force of nationalism and decolonisation had ensured all three states became entangled in each another’s politics throughout much of the 1960s. Indonesia’s first president, Sukarno, regarded the formation of a Malaysian federation that joined Malaya, Singapore, Sabah and Sarawak as a colonial holding operation. Sukarno perceived the hand of British machination behind the plan.

This was reinforced by the visibility of British military bases in Peninsular Malaysia and Singapore. For Singapore and Malaysia, federation was driven partly by economic logic, partly by their conjoined history as colonies under London’s stewardship for nearly a century, and partly out of the need to forge a common front against communist subversion.

Even in economics, Singapore inherited the functions the British carefully cultivated in the course of their colonisation. After establishing independence from Britain and Malaysia by 1965, Singapore acted as a free port with established mercantile, shipping, and (later) air traffic connections throughout Asia and as far as the Middle East and Europe. Initially, Singapore was seen as a threat to the newly independent Indonesia and its plans to build a sovereign economy with export outlets and facilities for trade with Asia and the rest of the world.

Moreover, Singapore’s politicians and their Malaysian counterparts hedged their rhetoric of Afro-Asian solidarity with the need to legitimise a tangible military security insurance arrangement with the departing British military power. This lasted until such time that their armed forces could sustain their own credibility. This was how Sukarno’s Indonesia framed the need to confront the ‘bogus’ independence of the Malaysian Federation (with Singapore in it) through a low intensity guerrilla war —Jakarta’s policy of Konfrontasi between 1963 and 1966 — which left in its wake a civilian and military death toll in both Singapore and Malaysia.

Today though, both countries have plenty of reasons to toast their economic relationship. Imports from Indonesia to Singapore rank sixth, while exports from Singapore to Indonesia rank fourth after China, Malaysia and Hong Kong. The Singapore–Indonesia commercial aviation route is one of the most heavily travelled within Southeast Asia. In addition, while Jakarta’s politicians accuse Singapore of harbouring Indonesian criminals from time to time, bilateral ties are solid.

On the defence front, Singapore’s armed forces have a strong relationship with their Indonesian counterparts, conducting numerous joint land, sea and air exercises. The degree of friendship was exemplified by the 2014 Elang Indopura air force exercise, which comprised of activities at the Paya Lebar Air Base, Singapore and the Roesmin Nurjadin Air Force Base, Indonesia. Both navies also cooperated closely in the search and rescue effort for the Air Asia plane that crashed in December 2014.

However, the country’s aviation relationship is not without turbulence. From time to time, Indonesian leaders try to assert Jakarta’s sovereign claims — over Singapore’s — to air traffic management zones. Singapore has consistently argued against this, citing International Civil Aviation Organisation standards that management of civilian air traffic has been delegated to it by the world body since the 1940s based on its record and technical capabilities.

There is also the recurring issue of Konfrontasi. For extended periods, leaders on both sides have tried to lay the ghosts of Konfrontasi to rest. For instance, in 1973 when Premier Lee Kuan Yew’s scattered flowers on the graves of two Indonesian marines caught and executed in Singapore for acts of sabotage. However, unplanned furore erupts every now and then, such as over an exhibition in Indonesia that narrated their agents of Konfrontasi as heroes, or when Indonesia subsequently named their newest warships after them.

Environmental damage is also a big issue for the two nations. Forest burning in Indonesia’s Sumatra province creates an annual cloud of noxious smoky air that afflicts the urban centres of Singapore and Malaysia. However, it is hard to obtain any form of apology by the Indonesian government. Indonesia’s acknowledgement of the issue depends very much on the severity of its social and economic impact on Singapore and Malaysia and the level of diplomatic protests.

To secure another 50 years of healthy relations, Lee and Widodo will have to confront the prime challenges to Singapore–Indonesia ties, including historical remembrance and hazy non-traditional security threats.