Home » If Solar is the Way Forward, Projects will need Financing

If Solar is the Way Forward, Projects will need Financing 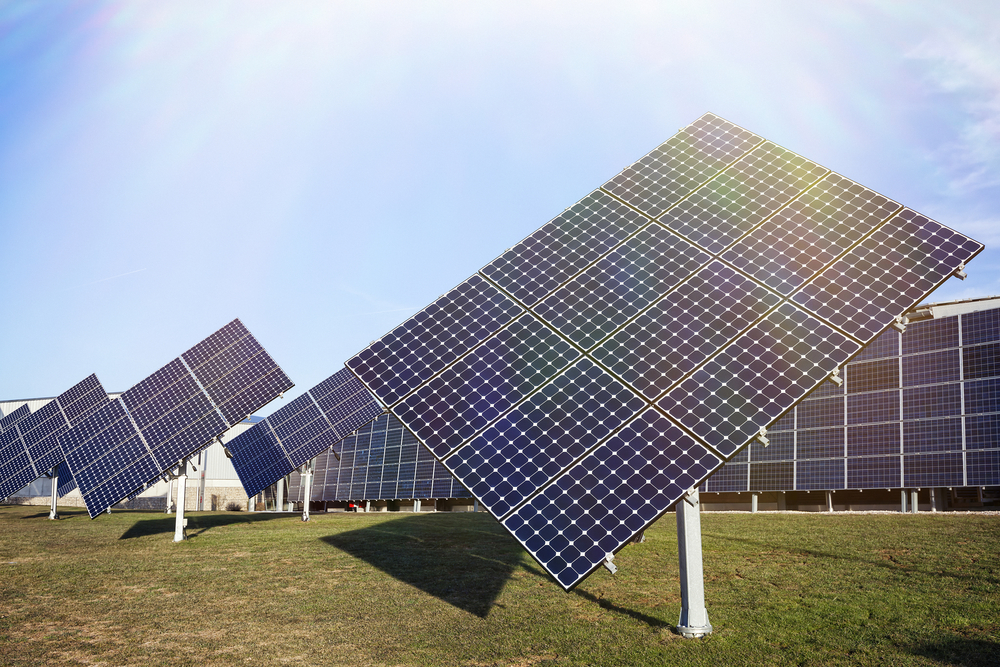 World energy demand is forecasted to grow by nearly one-third between 2015 and 2040. A large share of this increase will be from the power sector, and the global demand for electricity is likely to increase by more than70%, leading to a 16% increase in energy-related carbon dioxide (CO2) emissions by 2040.

World energy demand is forecasted to grow by nearly one-third between 2015 and 2040. A large share of this increase will be from the power sector, and the global demand for electricity is likely to increase by more than70%, leading to a 16% increase in energy-related carbon dioxide (CO2) emissions by 2040. Despite the diplomatic success of the Conference of the Parties (COP) 21, it is clear that the current pledges by various countries in the form of Nationally Determined Contributions fall way short of the “well below 2-degrees Celsius” goal agreed to by world leaders in Paris.

Hence, lowering of greenhouse gas emissions beyond the current targets is essential if the global climate goal is to be met. In the last decade, global growth in renewable energy generation capacity has been significant. In line with this trend, energy modeling studies by the International Energy Agency indicate that renewable energy may reach up to 50% in the European Union by 2040, around 30% in the People’s Republic of China and Japan, and above 25% in the United States (US) and India. However, this may not be sufficient.

Solar photovoltaic (SPV), which currently contributes to a mere 2% of the global electricity generation, is the key for enabling this shift. The cost for generating electricity from SPV has fallen drastically due to a reduction of 75%–80% in the price of SPV modules from 2010 to 2015. This has led to a surge in the global installed capacity of SPV from approximately 39 gigawatts (GW) to 223 GW in the last 5 years (Figure 1). Despite a large growth in installed capacity of SPV plants over the past few years, SPV still contributes a small share of the respective energy mix of countries due to low power density and the large amount of land required for scaling up production. One of the advantages of SPV is that large-scale plants can be set up quickly as panels are modular and require a short time for installation (around 1 year) as compared with other fossil fuel plants (5 years or more).

However, these plants need to be connected to the electricity grid for which dedicated power evacuation infrastructure (cables, towers, transformers) is required. Once connected to the grid, SPV can be distributed using the existing grid transmission and distribution infrastructure. SPV can also be set up as stand-alone plants that feed a dedicated load/consumer and are not connected to the grid. However, in such cases, it is essential that a storage system (such as batteries) be installed along with the plant to ensure supply of electricity to the consumer when the sun is not shining.

If scaled up aggressively, the International Renewable Energy Agency estimates that SPV capacity could reach between 1,760 GW and 2,500 GW by 2030, contributing up to 13% of the global electricity supply. This intended transition to a low-carbon energy system requires a major push from national governments in the form of favorable policies as well as technical and financial support from international agencies.

Although the levelized cost of SPV1 has reduced from $0.285 to $0.126 per kilowatt-hour (kWh) (2015 prices) and is almost comparable to electricity generated from fossil fuels, the range of costs varies across countries of the world and depends on the scale of the plants. This reduction in cost is helping to make SPV technology more attractive, and investments in the sector have been increasing since the beginning of the decade.

Investment in solar energy has grown from $104 billion (2010) to $161 billion (2015) and 56% of the current global investment in renewable energy flows to solar energy technologies. However, it is estimated that $1 trillion in clean energy investment is needed per year in low-carbon power supply until 2030 compared with a business-as-usual scenario. The International Energy Agency predicts that in the new policies scenario, global investment in the energy sector will be around $68 trillion from 2015 to 2040. Of the investment in electricity-generation capacity, more than 60% is likely to be in renewables.

While developed countries committed to provide $100 billion a year to developing countries for mitigation and adaptation in the COP 21 agreement, a part of which would go to SPV, these funds may only be available from 2020 onward. Financing, both public and private, is therefore critical for deployment of SPV, and the gap between the current and required investments needs to be filled quickly. In fact, this can be compared with the proverbial “belling the cat” as growth in installed capacity hinges on the availability of finance.

In line with the increased focus of the World Bank Group (WBG) on climate-related issues, WBG President Jim Yong Kim committed to seek an increase in its climate-related financing from the current level of 21% to 28% by 2020. New development finance institutions, such as the Asian Infrastructure Investment Bank and the New Development Bank announced by the BRICS countries—Brazil, the Russian Federation, India, the People’s Republic of China, and South Africa—are also likely to have a large portfolio in renewable energy projects. The Global Commission on the Economy and Climate recommends that multilateral and national development banks need to scale up their collaboration with governments and the private sector as well as increase their own capital commitments to provide easy financing for renewable energy projects.

India, though a latecomer, is emerging as a big player on the solar scene. India announced a goal of obtaining 40% of its electricity from nonfossil fuels by 2030 at the Paris climate change summit and shepherded the international community to form an International Solar Alliance (ISA) of 121 countries that lie between the Tropics of Cancer and Capricorn.

To stimulate the growth of SPV, the WBG signed an agreement with ISA on 30 June 2016 on increasing solar energy use, with an end goal of mobilizing $1 trillion in investments by 2030. This agreement cements the role of the WBG as a financial partner for ISA. With the strengthening of this alliance, the WBG will support ISA by giving access to its global development network, specialized knowledge, and financing capacity, to promote the use of solar energy around the world.

The WBG also announced that it planned to provide more than $1 billion to support India’s ambitious target of installing 100 gigawatts (GW) of solar energy by 2022, an increase from the 5 GW of installed capacity in 2015. As a part of this commitment, the Board of the WBG approved a $625 million loan to support the Government of India’s program for installing rooftop SPV systems2. The Board also approved a cofinancing loan of $120 million on concessional terms and a $5 million grant from the Climate Investment Fund’s Clean Technology Fund. These investments would be the WBG’s largest solar financing scheme in any country to date. Apart from putting money on the table, the WBG will also help develop a road map for mobilizing finance from other sources and would develop financing instruments to support solar energy development.

While the resource potential of solar energy far exceeds global energy consumption, the market potential is limited due to higher capital cost of SPV. Apart from investment in infrastructure, distortion in electricity prices and non-targeted subsidies for electricity also act as barriers for growth of SPV. Nevertheless, SPV is a vital component of the future energy mix for a transition to a low-carbon economy, and financing SPV projects is a key ingredient in this recipe. With the latest commitment, the World Bank has “belled the cat,” which could catalyze private and public financing for the solar sector. This in turn could become the fundamental difference between success and failure of the global efforts to keep temperature rise well below 2-degrees Celsius at the turn of the century.
_____