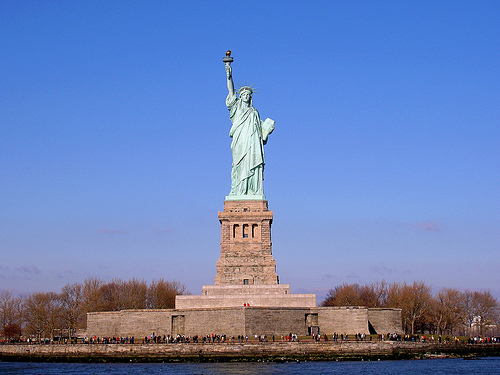 Politicians from advanced economies today face a conundrum on whether to restrict or welcome migrants and foreign workers. While an influx of foreign workers may provide economic benefits to a country, there have been societal concerns over the possibility of an increase in social problems, a lack of social integration, and also the threat that foreign workers bring to local employment. But according to Ian Goldin and Geoffrey Cameron, migration is in everyone’s interest. The long term benefits associated with global migration and human mobility are simply too large to ignore and should not be left in the hands of politicians.

OXFORD – In almost every rich country, anti-immigrant fervor is at fever pitch. But it is a malady that must be resisted if these societies are to continue to prosper and developing countries are to fight poverty and sustain economic growth.

A higher rate of global migration is desirable for four reasons: it is a source of innovation and dynamism; it responds to labor shortages; it meets the challenges posed by rapidly aging populations; and it provides an escape from poverty and persecution. By contrast, limiting migration slows economic growth and undermines societies’ long-term competitiveness. It also creates a less prosperous, more unequal, and partitioned world.

Of course, there are short-run, local costs to higher rates of migration that must be addressed if societies are to enjoy the much larger long-term benefits. And yet, despite domestic opposition in recipient countries, the number of international migrants has doubled over the past 25 years, and will double again by 2030. Rapid economic and political change – and, increasingly, environmental change – dislodges people and encourages them to seek opportunity and security in new homes.

Against the backdrop of rapid globalization, the individual risks and costs of moving internationally will continue to fall. The combination of the estimated increase in the world’s population by two billion people, lower transport costs, better connectivity, and growing transnational social and economic networks could and should lead to increased movement of people. If this process is allowed to take its course, it will stimulate global growth and serve to reduce poverty.

And yet, while the incremental reduction of barriers to cross-border flows of capital, goods, and services has been a major achievement of recent decades, international migration has never been more strictly controlled. The classical economists such as John Stuart Mill saw this as both economically illogical and ethically unacceptable. Adam Smith objected to anything that obstructed “the free circulation of labor from one employment to another.”

By the nineteenth century, the development of steam and other transport meant that one-third of the population of Scandinavia, Ireland, and parts of Italy emigrated. Mass migration gave millions of Europeans an escape route from poverty and persecution, and fed the dynamism and development of countries like the United States, the United Kingdom, and various colonies.

The rise of nationalism prior to the outbreak of World War I led to the widespread introduction of passports and ushered in stricter controls on the international movement of people. A hundred years later, despite falling barriers to trade, finance, and information, the walls to free mobility have been built higher.

The Economic Benefits of Migration

Approximately 200 million people, around 3% of the world’s population, now live in countries in which they were not born. These are the orphans of the international system. In our book Exceptional People, we demonstrate that, on balance, they bring great benefit to their host societies. In addition to providing a much-needed source of skilled and unskilled labor, they contribute disproportionately to innovation and wealth creation.

For example, immigrants to the US contribute more than half of the patents and Silicon Valley start-ups. They also contribute more in tax than they claim through social-welfare benefits or other payments.

Medical and public health advances have increased longevity in developed countries, while persistently low fertility levels and the end of the post-WWII baby boom mean that the number of native-born workers will fall in the coming years. As countries’ populations age and their fertility rates collapse, more migration will be necessary to ensure economic competitiveness and finance pension and health-care systems.

The effects of a shrinking labor force will be compounded by rising educational attainment in developed countries, which will leave fewer people interested in taking on low-skilled service jobs or in working in the trades and construction. Between 2005 and 2025, OECD countries are expected to experience a 35% increase in the percentage of their workforces with tertiary education. As education levels rise, so do expectations about work.

For the countries they leave, migrants often represent a brain drain. Even so, they contribute significantly to their home countries. Taiwan and Israel are testimony to the role played by migrants abroad, with their diasporas playing a vital role in terms of political support, investment flows, and technology transfer.

Moreover, migration has historically been the most effective measure against poverty. Remittances sent home by migrants exceeded $440 billion in 2010, with over two-thirds of these flows going to developing countries. In a number of small developing countries, remittances contribute more than one-third of GDP, and in a number of larger countries, annual receipts exceed $50 billion. In Latin America and the Caribbean, more than 50 million people are supported by remittances, and the numbers are even greater in Africa and Asia.

Both rich and poor countries would benefit from increased migration, with developing countries benefiting the most. It is estimated that increasing migration by just 3% of the workforce in developed countries between 2005 and 2025 would generate global gains of $356 billion, more than two-thirds of which would accrue to developing countries. Opening borders completely could produce gains as high as $39 trillion for the world economy over 25 years.

There has been much discussion of the need to complete the Doha Round of global trade negotiations and increase development assistance to poor countries. While these actions are vital, putting migration reform on the agenda is as important – a small increase in migration would yield a much greater boon to the global economy and developing countries than the combined benefits of aid and trade reform.

Today, powerful countries argue against migration reform and the development of a rules-based global migration organization. But more migration is in everyone’s interest, and the public debate about it is too important to be left to politicians. Deep thinking needs to be followed by bold action.

Ian Goldin is a Director of the Oxford Martin School and Professorial Fellow at Balliol College, University of Oxford and Geoffrey Cameron a research associate. Their book “Exceptional People: How Migration Shaped our World and Will Define our Future” is co-authored with Meera Balarajan and published by Princeton University Press.