Home » How will the G20 Work in a Multi-polar World?

How will the G20 Work in a Multi-polar World? 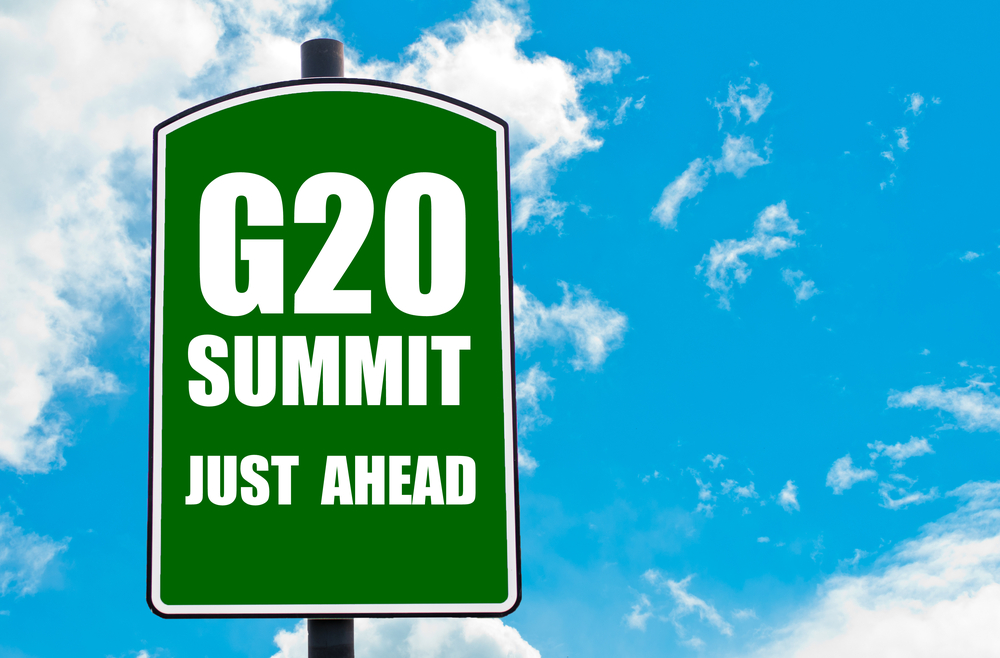 The G20 is the premier forum for global economic governance. It accounts for two thirds of the world population, 85% of global GDP and 80% of international trade. As a result, it offers a comprehensive indicator for the health of the global economy. Nevertheless, in the past G20, like many other comparable groupings, has operated mainly under the interests of major advanced economies.

As the world will turn its eyes toward the G20 in Hangzhou, China will set a different tone. It is one that the developing world has despaired for since the postwar era, one that does not seek to threaten the existing multilateral organizations, but to complement them.

There is reason for cautious optimism.  While G20 heads of government, or heads of state, have periodically met since the fall of 2008, this is the first time that the G20 Summit will be hosted by the largest emerging economy in the world; one in which living standards on average remain far behind those in advanced economies.

The role of the living standards matters. People who are subject to similar life conditions tend to share similar needs, interests and goals, across national boundaries. Until recently, they have lacked a representative voice in most international multilateral organizations, including the International Monetary Fund (IMF), World Trade Organization (WTO) and World Bank. In the latter, advanced economies dominate financing, voting quota, leaders and thus effective policies.

Despite the sincere idealism of many in their work force, these organizations have not been truly international, but driven by the interests of, by and for major advanced economies.

Yet, a new, more multipolar world order has begun to emerge in the past few years, not least because the initiatives of China and other large emerging economies. One of the first signs was the creation of the BRICS New Development Bank (NDB), which was followed by the institution of the Asian Infrastructure Investment Bank (AIIB). In October, the Chinese renminbi (RMB) will join the IMF’s international currency reserves, perhaps paving way for Indian rupee sometime in the future.

The lesson to be learned, however, is that none of these critical initiatives came about automatically, or through advanced economies’ initiatives, or without significant behind-the-faced friction.

In his May speech in Hangzhou, Foreign Minister Wang Yi noted that the G20 is different from previous cooperation mechanisms. “Here, developed countries and developing countries sit at the same table as equal partners, and discuss and decide on international economic matters on an equal footing,” he said. “This reflects a major change in the world economic pattern and represents historical progress in keeping with the trend of our times.”

International media, I am afraid, did not entirely catch the subtext of Wang’s comment. What he did not say – after all, he is a diplomat – is that even G20 cooperation began only at the moment when advanced economies had exhausted all other alternatives.

That moment occurred in fall 2008, when for a few weeks the G7 economies – the US, Canada, four major European economies and Japan – were facing a specter of global depression that could prove far worse than the Great Depression in the 1930s. In this sense, global cooperation did not begin in the previous decade when there were many opportunities to do so. Nor did it begin after the Cold War when military budgets were slashed and the so-called peace premium was within the reach of major advanced economies.

In effect, even though the “emerging states” have been in the effective policy agenda of the advanced economies since the 1950s, reforms in global political governance have not.

Even the establishment of G20 was not the result of truly global multilateral consensus. It superseded the old G33 and was formally established by the G7 finance ministers in Berlin in 1999, mainly at the initiative of then-German finance minister Hans Eichel.

The membership of the G20 was decided by Eichel’s Deputy Caio Koch-Weser and then-US treasury Secretary Larry Summers’ Deputy Timothy Geithner (Wall Street banker who later served as president of New York Fed and treasury secretary under President Obama).  Koch-Wieser and Geithner simply went down the list of potential countries, saying, Canada in, Spain out, South Africa in, Nigeria and Egypt out, and so on. As a result, most G20 member states just happen to belong to the transatlantic axis, NATO or its allies, and US free trade agreements.

Initially, then, G7 created G20 in its own image. Consequently, some large economies, such as Spain, Netherlands and Switzerland, were not included because the stated goal was global representativeness. Other motivations may have been geopolitical, which is why Iran was not included.

The only reason why the 2008 abyss was avoided was cooperation between the leading advanced economies and large emerging nations, which recognized their inter-dependency and need for collaboration. In return for cooperation, the major advanced economies pledged they would speed up structural reforms in global governance to make the key organizations more representative of the world they claim to represent.

Nevertheless, as the reforms did not follow (and some were intensely opposed behind the public façade), China and other large emerging economies, particularly Brazil, India, Russia and South Africa began to promote complementary – not substitutionary – inter-governmental multilateral organizations.

Being on the right side of history

In the past two decades, we have witnessed a massive transfer of relative economic power from advanced economies to emerging nations. Yet, economic power is only remotely associated with the size of the population.

Today, the list of the world’s 20 most populous nations includes only three advanced economies; that is, the US, Japan, and Germany. Conversely, several large nations have no voice in the current G20, representing South Asia (Pakistan, Bangladesh), Sub-Saharan Africa (Nigeria, Ethiopia, Democratic Republic of Congo), Southeast Asia (Philippines, Vietnam, Thailand), and the Middle East (Egypt, Iran).

It is thus hardly surprising that, in many low- and middle-income nations, development practitioners see China, given its rising economic and political position in the world economy, as a more credible “broker” to leverage power between advanced, emerging and developing countries, including the least developed countries.

It is time for emerging economies and international multilateral organizations that truly represent their interests to complement the incumbent ones. Why shouldn’t these organizations look like the people they should represent?

That’s why I believe this time is different with G20. Starting in Hangzhou, for the first time, emerging and developing economies may have a bigger voice in the global economy. It is a symbolic start of a long, complex and belated effort to shift global governance to better represent the world itself.