How Regulatory Initiatives Are Driving the Growth of Dim Sum Bonds 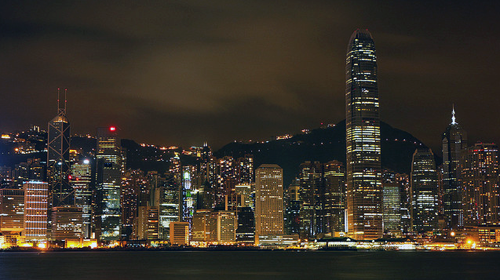 Over the past few years, the development of RMB (Chinese Yuan) denominated bonds issued offshore (generally referred to as “Dim Sum bonds” in the capital markets) has seen exponential growth. We examine the drivers of this growth and how the market has developed and benefitted from regulatory influences and market participation.

Over the past few years, the development of RMB (Chinese Yuan) denominated bonds issued offshore (generally referred to as “Dim Sum bonds” in the capital markets) has seen exponential growth. We examine the drivers of this growth and how the market has developed and benefitted from regulatory influences and market participation.

Of note is that in 2011, particularly in the 2nd half when the debt capital markets and equity markets experienced a significant slowdown, the Dim Sum bond market continued to show resilience.

What has driven this phenomenal growth? The financial regulators of the People’s Republic of China (PRC) and the Hong Kong Special Administrative Region (Hong Kong) have been instrumental in driving and facilitating the growth of the Dim Sum bond market through various cooperative initiatives.

Since 2002, the PRC and Hong Kong governments have introduced a number of regulatory initiatives to facilitate the “internationalization” of the RMB. Such initiatives contributed, in fact, to the remarkable development of Dim Sum bonds, although the regulators may not have predicted how fast it has grown over just a few years.

Two years later, in July 2009 in Hong Kong, a pilot scheme was launched by the Hong Kong Monetary Authority (HKMA) to encourage cross-border trade settlement in RMB, gradually allowing steady development of the offshore RMB market which has in turn led to increased demand for RMB denominated financial services. This has also caused the RMB deposit base in Hong Kong to grow exponentially, hence strengthening the supply-demand dynamic of Dim Sum bonds.

A brief chronology of the key regulatory initiatives and market developments of the Dim Sum bonds market (June 2007 – 2011) is illustrated in the table below:

The rapid growth of the Dim Sum bond market in terms of volume and simultaneous development in RMB-denominated product types support the PRC and Hong Kong regulators’ policy measures to internationalise the RMB.

[quote]The policies of the PRC government and Hong Kong regulators’ concurrent policy initiatives to internationalize the RMB, coupled with expectations of further appreciation in the RMB, have driven the growth of the market.[/quote]

Pioneer investors considered Dim Sum bonds as a currency play expecting that RMB would appreciate against other currencies and did not pay good attention to the bonds’ credit risks. As such, they were more interested in buying bonds with tenors of less than 3 years— the length of time that:

1.     Coincides with a timeframe during which investors in RMB bonds expected the currency to appreciate, and

2.     Reflects investor hesitancy to buy longer tenors in the absence of

Also to the benefit of the issuers, yields were moved to a point where some first-time issuers were able to raise money at lower rates than other funding sources as some of them experimented with synthetic structures to extract the lowest yield with weak covenants to issue the bonds.

As we have discussed, the initial growth rate of the Dim Sum bond market was gradual, from inception up to mid-July 2010 and from that point, RMB deposits and Dim Sum bond volumes experienced exponential growth. Two key regulatory factors have facilitated this growth:

As at December 2011, the market’s new issuance of Dim Sum bonds has accelerated to over RMB 166 billion, with total outstanding issuance standing at RMB 208 billion. The range of Dim Sum bond issuers has also diversified from China and Hong Kong; from McDonald’s (in the United States), to Volkswagen (in Germany), to BP (in the UK), just to name a few.

Looking back how the market has evolved over the past few years, it would seem clear that the two regulators (the PRC regulators on the one hand and the Hong Kong regulators on the other hand) have played critical roles in accelerating the growth and development of the market. We believe this is part of the PRC government’s plan to “internationalize” the RMB and position it as a key global currency, a plan that appears to be working well.

It is also expected that the two regulators will continue working together to grow the Dim Sum market moving forward. Such an expectation is warranted, especially since the PBOC and MOFCOM of the PRC government have recently (October 2011) announced two separate circulars to streamline and clarify RMB repatriation approvals and procedures.

To receive further insight on the Dim Sum Bonds market or any other finance-related topics, visit Standard Chartered’s Website.

View all posts by Jay Lee