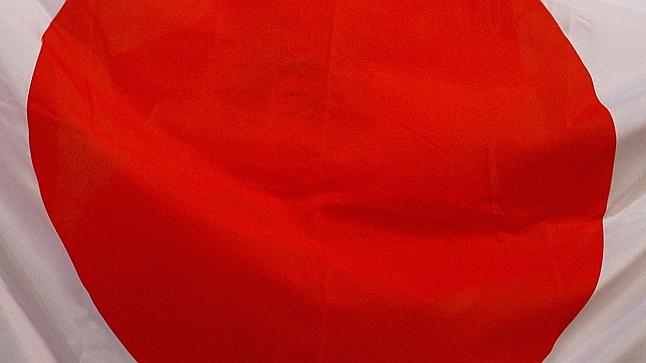 Japan’s economy and its lost decades are no more news to us. When Japan was hit by its first real estate collapse, little did it know that its revival would take forever. Many criticized the reforms that were taken and many critics suggested ways to fix the problem of deflation that faced the country. But the 2008 global collapse changed many rules. The US subprime crisis, the Eurozone collapse combined with the much-debated Abenomics gradually dozed off the economy of Japan. Worse, Japan entered its triple-dip recession this year.

Japan’s economy and its lost decades are no more news to us. When Japan was hit by its first real estate collapse, little did it know that its revival would take forever. Many criticized the reforms that were taken and many critics suggested ways to fix the problem of deflation that faced the country. But the 2008 global collapse changed many rules. The US subprime crisis, the Eurozone collapse combined with the much-debated Abenomics gradually dozed off the economy of Japan. Worse, Japan entered its triple-dip recession this year.

In the 1970s, Japan had a very regulated market and it laid a lot of emphasis on its banking system. The government controlled the financial system with a strong influence on commercial banks. Interest rates and foreign exchange rates were controlled too with very limited financial products in the markets. The changing economic conditions in Japan began posing challenges towards the regulatory controls by the end of the 1970s. Rapid increases in the government deficits and resistance from the financial community to the low fixed interest rates at which government debt was issued led to a gradual freeing of interest rates. Shifts in profitability among different kinds of banks led to lower barriers among the various segments of banking. Foreign exchange controls were also eased a bit in mid 1970s. Japanese financial institutions also used their new freedom to expand rapidly in world markets in the 1980s, only to discover that their highly protected financial system was not well equipped for global competition.

In 1990, Japan faced one of its worst fears. Little did it know that the recession would last for many more years to come. In 1980s, banks in Japan surpassed the American competition and emerged stronger than the American banks. What experts failed to forecast was the burst of the bubble and the loopholes in the banking sector that had already started to become visible. By the time Japan realized it could be heading towards a disaster, it was already too late. There were many issues that went wrong with Japan. Some of them being: Non-Performing Loans, Balance Sheet Disclosures, lack of innovative financial products. All these things caused a slowdown in the banking sector leading to one of the longest recessions of all times.

What were Jusen Companies?

Jusen companies were created by Japanese banks in 1970s and were mortgage-lending institutions that financed housing needs to urban population. Deregulation in 1980s and growing financial industry competition drove jusen companies from mortgage financing to more risky loans to real estate developers. According to Hoshi (2008), ‘ Large exposure to the real estate sector made the jusen the first casualty of the collapse of land prices.’

A rescue plan was put together in 1991 by the Ministry of Finance (MOF), which focused on loan forgiveness & interest concessions. It was more to help the jusen, their borrowers and agricultural co-ops (which were their important lenders). The Jusen Companies, established by banks and financial institutions for real estate lending gathered loans that were 74% non-performing. According to IMF report in 2000, in 1992 concerns on their working arose. Eventually, along with financial institutions, Jusen companies also collapsed and this heavily damaged the reputation of the Japanese banking industry. The financial situation of the jusen, however, did not improve, and the MOF put together the second rescue plan in 1993. Both of these plans were based on the assumption that land prices in Japan would recover soon. The MOF hoped the financial assistance would allow jusen to survive the temporary shock without resorting to fire sales of the properties that backed their loans and without imposing losses to agricultural coops. The land prices did not recover. (Hoshi, 2008). The instability of the banking industry came into public view in early 1995 and by August 1995, four credit cooperatives (Tokyo Kyowa, Anzen, Cosmo and Kizu) collapsed and one of the regional banks was ordered to shut its operations due to loose supervision.

Big Bang Reforms were brought in as a measure to correct the lost decade in Japan. Commencing in 1996, Big Bang reforms were based on three principles: free, fair and global. The reforms were called the Big Bang after a similar exercise in Britain in 1986. It was an ambitious move and many economists criticized it. In 1998, Tokyo was amongst the top three financial hubs and Japan wanted to keep it that way. The reforms were introduced to get the push the stock market value thereby retaining Tokyo in the top 3 financial hubs and rebuilding the Japanese financial markets into international markets comparable to those in New York and London. By 1998, Japan’s population was aging and the government had concerns over the insufficiency of the pensioners’ money. The efficient new regime led Prime Minister Hashimoto wanted to promote the Big Bang reforms, which promised benefits both for Japanese consumers (individuals and businesses) and for foreign firms seeking business in Japan. Some highlights of the big bang reforms were:

3. An upgrade of more efficient market and settlement system.

4. Preparation of fair and transparent disclosure of financial reporting system.

Both popular opinion and academic literature held these reform efforts as a failure. Many argued that these reforms were mere laws in books and not in practice. Japan revived its economy to a certain extent and big bang reforms were not a complete failure as some assumed them to be. It changed its regulatory framework with an increased emphasis on information disclosure by government agencies and the structure of regulatory agencies (an increased independence for the Bank of Japan) got more transparency, and showed a greater reliance on formal rules and market mechanisms. There was an end to administrative guidance practices and institutions such as ‘MOF-tan’ to deal with government agencies, and, in particular, a corresponding rise in the importance of lawyers to advise on rules in the administrative and regulatory processes. It clearly moved towards the rule of law and this itself was an achievement.  However, sadly, Japan never really got a chance to fully revive because of the 2008 financial crisis. It will be unfair to completely call the Big Bang reforms a total failure especially when it successfully addressed some very serious issues.

2008 financial crisis made critics in US and other countries realize that they faced similar situations, which Japan had been dealing with since 1990s. The countries had to take ‘Japan – like’ measures that were both fiscal and monetary in nature.  By 2013, Japan was facing a long stagnant economy, had two decades of inflation, faced weak domestic demand and was the most indebted nation in the world (230% of GDP). Abenomics was introduced in full swing under the name of Prime Minister Shinzo Abe and became one of the most talked about concept, as it sounded very promising.

Abenomics created three special economic zones and focused on three arrows: fiscal, monetary and structural. These aimed at getting Japan out of its macroeconomic problem, reduce deflation and end recession. The main purpose was to weaken the yen and create inflation. On that front, it has been a success. The yen has fallen 23% against the dollar and core inflation, which was running slightly negative in 2012, has now been “successfully” pushed up to 3.1% according to the Statistics Bureau of Japan. The weaker yen was supposed to help Japan’s trade balance by boosting exports but that didn’t happen. In September 2014, the country reported a trade deficit of $9 billion. In 2014, the Japanese government debt is above 240% of GDP and the government continues to run deficits of around 8% of GDP per year. Japan’s economy unexpectedly shrank in the third quarter as housing and business investment declined following a tax hike, dragging the country into a total recession and further clouding the outlook for the global economy. However, completely brushing off the fact that Abenomics has failed is not fair and too early to tell. Abenomics has already boosted Japanese equities. Surveys show household inflation expectations are rising, a sign that the Bank Of Japan’s monetary easing and the weak yen are breaking the back of deflation and creating the incentive to save. There’s even hope for solutions to Japan’s aging society problem: creating incentives for women to join the workforce, widening the productive base and offsetting the drag from retirees who leave it. Japan still leads the world in robotics, medical imaging, fuel cells and solar energy. Having said that, whether Abenomics is failure or success is debatable.

On October 30, 2014 Paul Krugman wrote in New York Times ” Japan used to be a cautionary tale, but the rest of us have messed up so badly that it almost looks like a role model instead.”  Mr. Abe postponed the second tax increase until 2017. Investors applauded his renewed focus on growth, sending stocks rebounding after the biggest one-day drop in six months on 17th November 2014. “The Ministry of Finance is a tough and powerful opponent, but Abe has the guts to fight back,” Mr. Koichi Hamada, a former professor of economics at Yale University who has been an architect of Mr. Abe’s revival policies. On the other hand, Jeff Kingston, a professor of politics at Temple University’s campus in Tokyo considers Abenomics to be a failure since the recession means Abe failed to deliver on growth, and has whiffed the structural reforms.

So far Abenomics has been a bag full of mixed reviews and surprises. The central bank’s very success in curtailing deflation drove prices higher for the first time in nearly two decades. But because wages remained unchanged, and the sales tax pushed prices up further, most Japanese felt poorer and lost confidence. Since it did not deliver what it promised, it will be difficult to say that it has been able to supercharge Japan’s economy. In the same way, since it has addressed some other issues of the economy, terming it a complete failure will be a harsh judgment. Whether Mr. Abe’s magic has evaporated or not will be left for a better judgment in the near future.

View all posts by Deena Zaidi