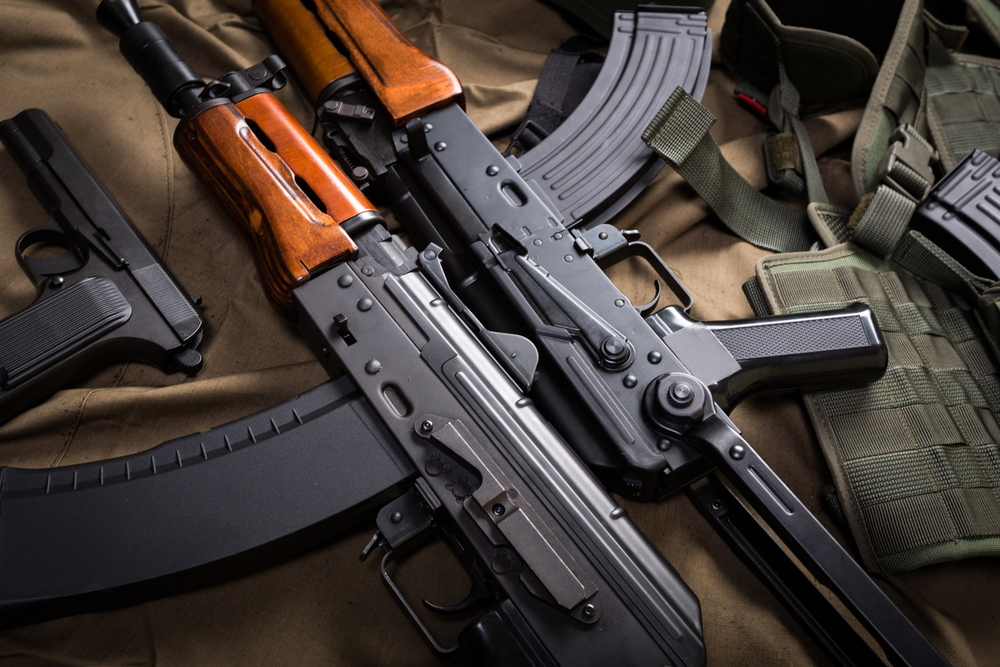 On June 20, lawyers for the gun manufacturers tried to dismiss the suit, arguing that federal law grants them immunity from legal claims arising out of criminal misuse of a weapon.

Although the judge’s decision to allow the case to proceed is not expected for several weeks, the litigation highlights the question of whether the gun industry ought to bear some responsibility for helping stem the epidemic of mass shootings that has been sweeping the country. It’s a question that has surfaced once more in the immediate aftermath of the tragedy in Orlando.

To many, it seems absurd to hold gun makers liable for marketing a legal product that did precisely what it was designed to do. Although the Second Amendment undoubtedly imposes restrictions on the civil liability of gun manufacturers, the idea of holding them liable for carelessness is actually not so far-fetched.

My research on the history of lawsuits against the gun industry has revealed legal marketing practices that most would agree are irresponsible. For example, some gun manufacturers have sold semiautomatic assault weapons in the form of complete parts kits in order to avoid federally mandated background checks that apply to the sale of firearms but not firearm parts. Others continue to supply retail stores that they know sell hundreds of guns traced to crimes every year.

Holding gun makers liable for such negligent practices would discourage them from circumventing background checks and encourage them to police their supply chain to root out rogue dealers. The problem is they enjoy special immunity under federal law.

The Sandy Hook lawsuit, however, seeks to exploit an exception to this law by putting a novel twist on a traditional legal theory. The shooting in Orlando again raises the question of whether gun makers should be liable for gun violence. Carlo Allegri/Reuters

To understand the significance of the Sandy Hook lawsuit, it is helpful to appreciate the history of lawsuits against the gun industry.

Beginning in the 1980s, gun violence victims filed a handful of successful lawsuits against the retail stores that sold the weapons used to injure them under a traditional legal theory called “negligent entrustment.”

Under this theory, a person is subject to liability when he entrusts a dangerous object to another who poses a high risk of causing injury with the object. The standard example of negligent entrustment is handing a loaded gun to a small child. In one such case, a woman obtained a US$12 million verdict from Kmart for selling a firearm to a visibly intoxicated person who subsequently shot her.

In the 1990s, gun violence victims began filing lawsuits against firearms manufacturers under a novel theory called “negligent marketing.” These lawsuits alleged that careless marketing and distribution practices by gun makers increased the risk their weapons would be criminally misused. For example, the families of victims in a mass shooting alleged that the manufacturer of a semiautomatic weapon designed for close combat-style assaults should have limited the promotion and sale of this weapon to the military and law enforcement.

Courts around the country ultimately rejected these claims. All but a handful were dismissed prior to trial. Of the few cases in which plaintiffs obtained a favorable jury verdict, all but one was overturned on appeal. Nevertheless, gun violence victims persisted in their efforts to craft a successful legal theory.

In 2005, Congress stepped in to put an end to this litigation by passing the Protection for Lawful Commerce in Arms Act (PLCAA). Under the PLCAA, no court may hold a seller of a gun – whether a retailer or a manufacturer – liable for an injury arising from the criminal misuse of a weapon.

Congress created a number of exceptions to this grant of immunity. One exception, which is especially relevant to the Sandy Hook lawsuit, allows claims based on the theory of negligent entrustment.

Last October, two Milwaukee police officers were awarded $5.6 million in a lawsuit against a gun store using this exception. They proved that the clerk who sold the weapon had facilitated an obvious straw purchase. That is, the clerk sold the gun to an eligible buyer who was acquiring it to give to an ineligible person, who subsequently used it to shoot the officers in the face.

From retailers to manufacturers

Plaintiffs in the Sandy Hook case are asking the court for the first time to extend the theory of negligent entrustment beyond a retail store to a gun manufacturer.

They argue that the AR-15 is a weapon designed for the military, where soldiers using the gun receive special training and are subject to strict rules regarding appropriate use and safe storage. According to the plaintiffs, facilitating sale of the gun to civilians – who lack the necessary training and rules – is a form of negligent entrustment tantamount to handing the gun to a visibly high-risk individual.

If, as the Sandy Hook plaintiffs argue, marketing the AR-15 to the public is a form of negligent entrustment, then the federal immunity statute does not bar their claims.

Lawyers for Bushmaster, which makes the AR-15, have countered that the plaintiffs are merely dressing up a novel negligent marketing claim in traditional negligent entrustment language to circumvent Congress’ intention to make gun makers immune from civil liability for carelessness in their marketing practices. The case has attracted national media coverage and, in the process, has drawn attention to the role of gun industry marketing and distribution practices in gun violence.

Currently, gun makers do not believe that they bear any responsibility for the lethality of the weapons they sell or for the actions of those who purchase them. A majority of members of Congress appear to agree. It remains to be seen whether the trial judge in the Sandy Hook case holds a different view.

Those who applaud the Sandy Hook lawsuit believe that exposing gun manufacturers to civil liability will encourage them to limit the sale of their most powerful weapons to the military and law enforcement. Critics denounce such efforts as a misuse of the civil justice system – an attempt to promote gun control regulation through private litigation.

The Sandy Hook lawsuit is especially vulnerable to this criticism. Unlike previous attempts to hold gun manufacturers liable for careless marketing practices – such as selling gun kits or supplying weapons to rogue retail dealers – the Sandy Hook plaintiffs’ negligent entrustment theory would require a gun maker to refrain altogether from selling a particular weapon. This looks a lot like a gun ban, which is traditionally the province of legislatures.

By contrast, negligent marketing theories that would allow gun makers to sell legal weapons so long as they avoided loopholes in the background check laws and took reasonable measures to police their supply chains would be less likely to run afoul of the separation of powers.

However, Congress precluded these more measured theories of liability when it granted immunity to gun makers. Any revival of these theories would require the repeal of PLCAA.

If the carnage in Sandy Hook, San Bernardino and Orlando has not been enough to move Congress in this direction, it is hard to imagine anything that will.