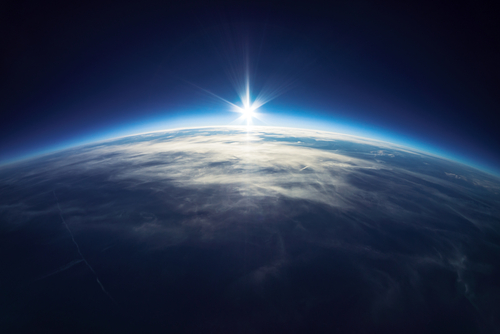 For global governance watchers, this was the big week of the year. Between 7 November and 16 November, the world witnessed an APEC meeting in Yanqi Lake near Beijing complete with a bilateral China–Japan ‘breakthrough’ and a major US–China climate deal; an historic ASEAN and East Asia Summit held in Naypidaw, Myanmar; and a colourful G20 meeting in Brisbane, Australia.

Notwithstanding the chorus of those announcing growing disorder, global order seems better off after these summits.

For global governance watchers, this was the big week of the year. Between 7 November and 16 November, the world witnessed an APEC meeting in Yanqi Lake near Beijing complete with a bilateral China–Japan ‘breakthrough’ and a major US–China climate deal; an historic ASEAN and East Asia Summit held in Naypidaw, Myanmar; and a colourful G20 meeting in Brisbane, Australia.

Notwithstanding the chorus of those announcing growing disorder, global order seems better off after these summits.

The IMF, in its recent World Economic Outlook, points out that the world economy is in a difficult stage: global growth is slowing, trade protectionism remains a problem, inequality is rising and eroding support for globalisation, and environmental challenges appear to be rising faster than the global system appears to have the capacity to cope.

Many pundits predicted a weak post-midterm election period for Obama, tense relations between the West and Russia, uncertainties about a possible handshake between Chinese President Xi Jinping and Japanese Prime Minister Shinzo Abe, and weak institutional outcomes. Against expectations, the series of summits taking place over the last week and culminating with the G20 Leaders’ Summit in Brisbane made a material difference and advanced global governance.

The summits allowed leaders of key countries to arrest the slide toward conflict and zero-sum games, giving them a platform for mutually beneficial cooperation. The surprisingly positive US–China summit in Beijing presented as evidence, which may have given impetus for the modest US–India WTO breakthrough in Naypidaw, in turn setting the stage for a stronger final G20 declaration than expected.

Moreover, despite competition between the US and China on various fronts (such as trade, development, and global institutions), there were healthy signs on global economic architecture. There was reaffirmation of support for a pan-Pacific free trade effort (FTAAP at APEC and RCEP at EAS) and progress on global tax cooperation. More surprisingly, there was progress on anti-corruption efforts. Overall, this means progress in strengthening global institutional architecture and a modest increase in trust for the global economy.

It is also clear that the two players that dominated the global game throughout the sequence were China and the US. Both played stronger cards than expected. They jointly produced the biggest surprise of the week, namely the four main bilateral agreements announced on 12 November. In addition to the climate deal with potential catalytic impact, the two countries reached agreements on IT trade going back to the WTO’s Information Technology Agreement, the strengthening of military-to-military contacts, and a reciprocal visa deal with 10-year visas for businesspeople and students.

By contrast, the voices from Europe, Japan, Russia, and India sounded weaker. It is fascinating to contrast the more multipolar situation in the London G20 in 2009 to the more ‘G2-like’ world of 2014. Likewise, the voice of middle powers such as Australia, Canada, and South Korea also seemed weaker at this summit. Australia as Chair fought against the US (and EU interests) on climate change and lost. It fought against the BRICS on Russia’s participation and lost.

What of the tricky points?

Although word had been that Chinese opposition would preclude agreement on an anti-corruption strategy, in fact the Chinese opposition faded. As a result, the G20 has ratified a 2015–16 G20 Anti-Corruption Action Plan. Importantly in the Plan, there is a call for countries to share information about trusts and shell companies used in tax evasion and money laundering.

In addition, the G20 took further steps to deal with tax avoidance. Though not a surprise, the efforts to advance the Base Erosion and Profit Shifting (BEPS) agenda appear to remain front and centre of G20 action. G20 leaders affirmed the principle of taxing profits in the country where value (and hence profit) is created. They also committed to finalising the BEPS Action Plan in 2015.

One surprise was the rather pointed statement on the failure to implement IMF quota reform. If the reform goes unpassed by the end of the year — that is, if the US Congress fails to pass the legislation to provide for a capital increase — the G20 declared that it would ask the IMF to prepare other options.

The US–China summit and the final G20 declaration with associated pledges for the Climate Green Fund (especially by the US and Japan) generated surprisingly positive momentum on the climate front. This was a strong statement — especially given Australian opposition — urging announcements on G20 countries’ nationally determined contributions to CO2 reductions in advance of the UN Climate Change Conference in Paris next year.

The bottom line on Australian efforts as Chair is that even though the government’s rhetoric far too often appeared better suited for an Australian election than a global summit, the Australians can be pleased that a number of initiatives made significant progress. There was consistent effort to advance the macroeconomic and financial reform agendas. Still, the APEC meeting was where the big agreements were announced.

All of this reveals a combination of advancement in global institutions and competition between the US and China. Overall, the US and China both won and the global public good benefited as well. Competition between China and the US continues, not surprisingly, but the week showed that the major powers could advance collaboration even while remaining competitors, especially in the Asia region.