Home » Fiscal Governance: Can Africa Avoid The Mistakes Of The West?

Fiscal Governance: Can Africa Avoid The Mistakes Of The West? 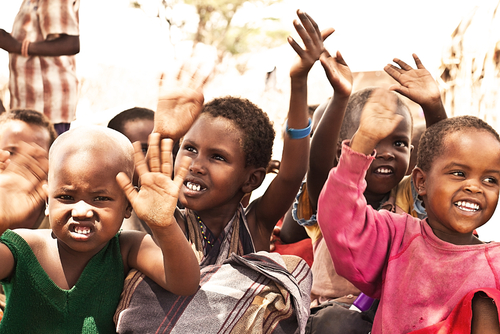 The ongoing debt and financial crises have exposed the dangers of the dysfunctional fiscal governance present in the U.S. and Europe. As African countries prepare to enter sovereign debt markets, they should heed the west’s “warning” – to handle fiscal issues with transparency and accountability or risk heading down the same route.

The ongoing debt and financial crises have exposed the dangers of the dysfunctional fiscal governance present in the U.S. and Europe. As African countries prepare to enter sovereign debt markets, they should heed the west’s “warning” – to handle fiscal issues with transparency and accountability or risk heading down the same route.

The past four decades have been described as the “age of the monetarists.” More than ever, the global economy has come to depend on both conventional and unconventional monetary policies by central banks – especially from advanced economies that have become more aggressive on the mandate of increasing employment against price stability – to drive activities in the financial markets and spur growth.

During this period, we have had one unsustainable financial bubble after the other, stoked by the atmosphere of ultra-low interest rate and liquidity surfeit with poor regulatory practices – From the tech bubble to the subprime real estate bubble, which almost brought the world to its knee, and now to what many analysts now refer to as the “great bond bubble”, which could pop anytime.

But if the increasingly powerful monetary authorities have been doing all within their capacity to stimulate growth, albeit at the risk of creating unsustainable bubbles, the fiscal authorities and the political class have been doing directly the opposite. They have proven over and over again to be petty, unnecessarily divisive, inept and corrupt. Societal values and the interests of their immediate society and the global economy comes only after their pursuit of personal wealth and promotion of their political parties polemical ideologies; even at the risk of creating financial and economic instability.

Altogether, fiscal governance has been below par for far too long, leading to the unjustified focus on monetary policies. And no, I am not talking of the state of fiscal governance in the developing world alone but also the developed world where fiscal authorities in recent times have not been providing the right kind of leadership expected of them.

Politicians in the United States have been involved in no less than four fiscal squabbles in as many years: from the debt ceiling debate in 2011, to the fiscal cliff showdown of 2012 and sequestration debacle earlier this year and more recently, the government shutdown conflict and once again debt ceiling face-off. The recent fiscal concerns could best explain why the Federal Open Market Committee decided to keep its Quantitative Easing program in place even when it had been preparing ground for the eventual phasing off of the program. While some might wonder if the fiscal situation in the U.S. is not getting more attention than necessary, it should be noted that the role the US economy play in the globalised world economy is weighty and as such, if her economic stability is threatened, the global economy will react in accordance.

The U.S. is the world’s largest consumer. The entire consumption of Asia’s over 2 billion people is just 40 percent of that of the United States. If politician in Washington had failed to raise the debt ceiling, and keeps giving financial markets reasons to be cautious, confidence would drain in the economy, which could prompt a selloff in the markets, force households to cut consumption and make investors to sit on their funds rather than invest.

Imagine if this happened while the U.S. government remained shut. Commodities prices would likely fall and the impact would be felt by every significant trading partner of the U.S., which is virtually the whole world! Also, countries where U.S. portfolio investors have substantial holdings might begin to witness substantial outflow, which would have a downside on the value of their currencies and foreign reserves. The mild reaction in the financial markets to the recent fiscal squabble in the U.S. thus far is mainly due to the fact that investors don’t want to sell off their positions yet because of the general belief that defaulting on debt is a line politicians are not expected to cross in the world’s largest economy.

But all that will change if the crisis occurs. Even if the default is avoided, for how long will the US keep testing the waters of crisis and creating fiscal uncertainties in the global economy without expecting consequences? What is the guarantee that the same situation won’t occur in the future and perhaps some loony politicians who want to pass a message will ensure the default takes place then? Whether the crisis is averted or not, one thing is sure; the creditability of the United States and her political class will come out badly tainted.

In another case of dysfunctional fiscal governance, fiscal authorities in Southern Europe for years engaged in reckless borrowing and spending on bogus welfare packages that their economies did not have the capacity to repay. The countries involved are yet to recover from the Sovereign debt crisis that resulted from their actions and inactions. PIIGS (Portugal, Italy, Ireland, Greece and Spain), as the worst hit countries in the region are scornfully referred to, are now regarded as the sick men of Europe, if not the world.

The public have since been engaging the fiscal authorities in an endless battle over the austerity measures adopted to tackle the crisis, leading to mass revolt and public protests. This is as Debt-to-GDP ratio in the EU keeps spiralling out of control, with 12 of the 17 eurozone and 14 of 27 wider EU nations having exceeded the 60 percent debt-to-GDP ratio Maastricht guideline for entering the EU. The Greek government in 2004 even confessed to falsifying key statistics on the country’s debt profile to gain EU entry.

This goes to show how excessive borrowing without commensurate increase in productivity can push even relatively strong economies to the brink and this should signal a warning to African countries in the sovereign debt market of the consequences of defaulting, with fiscal governance in the region probably the worst of all.

In addition to the recent incursions of several African countries into the sovereign debt market, even without strong macroeconomic fundamentals, the high political risk and lack of transparency and accountability in fiscal governance further compounds their problems. In this realm, the taxman is a public enemy and recurrent expenses takes an unwholesome chunk of the government budget, even as public office holders keeps going home with fat pay checks and debt is being accumulated.

President Goodluck Jonathan of Nigeria recently sent the 2014-2016 Medium Term Expenditure Framework (MTEF) and Fiscal Strategy Paper to the National Assembly and in conflict to the Minister of the Finance earlier promise to reduce the percentage of recurrent expenses in the nation’s budget, the document revealed that recurrent spending is being proposed to average 72.2 percent. Budget implementation level, even if measured by the amount released to MDA’s and not the level of implementation of projects budgeted for the fiscal year has persistently been below 75 percent.

Late passage of budget due to endless debate on benchmark crude price for the fiscal year is also a common occurrence In Nigeria and other countries that depend on export of primary commodities for revenue. Government also sometimes dole out huge amount of money to placate striking trade unions, even when provisions aren’t made for such in the fiscal year. One wonders where and how those funds are sourced and appropriated without supplementary budget being passed before the funds are released.

It is not enough to state problems and expected consequences without solutions, which is why this is a call on fiscal authorities the world over to put their acts together and be more responsible when dealing with fiscal issues. The global community is already losing confidence in the ability of politicians in the developed world to resolve polemical ideological differences without hurting the welfare of the global economy.

Ultra low interest rate can only spur real growth and improve employment when the general macroeconomic environment is stable, and not riddled with fiscal inefficiency and uncertainties as we have now. In developing countries, both the private and the public sectors as well as Non Governmental Organizations (NGO’s) need to come up with more initiatives to make fiscal authorities be more effective, transparent and accountable.

Abimbola is the Editor-in-Chief of Economic Insight, the students’ press outfit of the Department of Economics, Obafemi Awolowo University, Ile Ife Nigeria and Vice President/Director of Projects of REP-Africa, an Ile Ife based NGO which seeks to get involved in generation preservation.

Editor-in-Chief of Economic Insight, the students’ press outfit of the Department of Economics, Obafemi Awolowo University, Ile Ife Nigeria and Vice President/Director of Projects of REP-Africa, an Ile Ife based NGO which seeks to get involved in generation preservation.