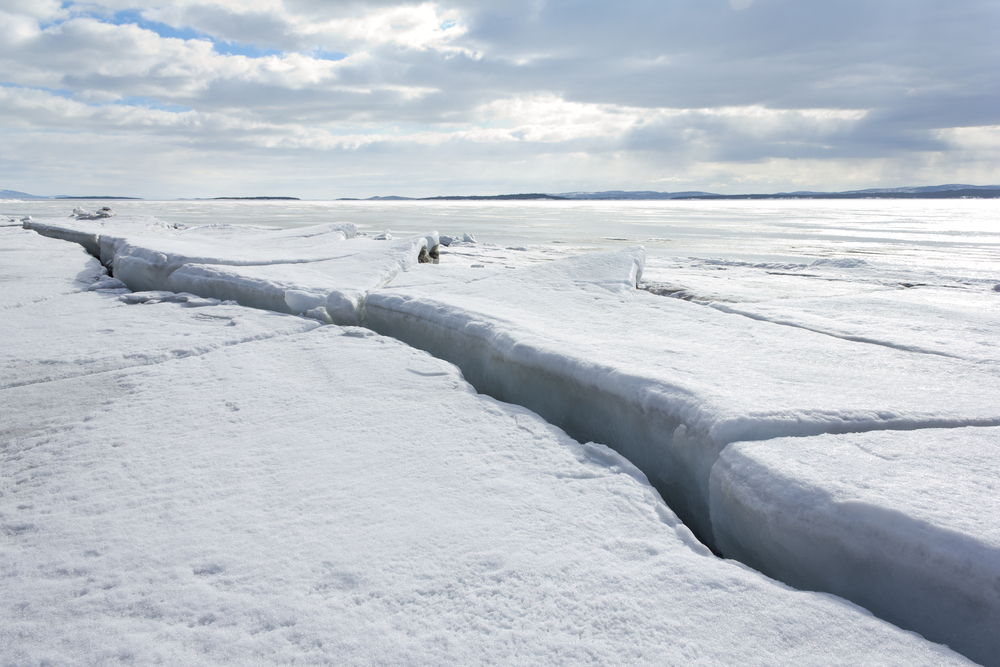 The so-called Panama Papers span thousands of pages, revealing that many of the world’s elite have been hiding their money in offshore accounts in an attempt to shield their income from taxes.  Their release – the biggest data leak in history – depicts a world of rampant tax noncompliance. However, it also reveals just how vulnerable all electronic data in the 21st century are to discovery.

The so-called Panama Papers span thousands of pages, revealing that many of the world’s elite have been hiding their money in offshore accounts in an attempt to shield their income from taxes.  Their release – the biggest data leak in history – depicts a world of rampant tax noncompliance. However, it also reveals just how vulnerable all electronic data in the 21st century are to discovery.

One of the results of the release is greater transparency. In addition, this trend – along with the move toward a cashless society and other economic changes – explains why the U.S. could one day soon close its “tax gap,” or the difference between what taxpayers are legally supposed to pay and what they actually pay. The U.S. Internal Revenue Service (IRS) estimated the tax gap at US$450 billion for 2006.

Just for comparison, the tax gap is roughly equal to the current U.S. budget deficit. If the tax gap were eliminated, then the federal government would be able to balance its books. Everything else constant, the government could borrow less, spend more, cut taxes or some combination of each.

A politician’s dream come true? Believe it or not, over the course of the coming decades, this dream may blossom into reality.

Many tax policy experts – us included – have been searching for years for ways to close the tax gap. Some academics have devoted entire careers to doing so, primarily because so much revenue is at stake, the inequities of some people not paying their fair share of taxes is appalling and closing the tax gap would also lessen many tax-induced distortions.

While our efforts have proven fruitful in curbing tax cheating (e.g., recommending legislation, increasing taxpayer penalties), over the last several decades the size of the tax gap has remained stubbornly large.

In the process of trying to reduce tax evasion, Congress, academics and the IRS have worked hand-in-hand to develop myriad sophisticated strategies to try to keep taxpayers honest.  This includes the use of third-party information returns (such as W-2s and 1099s), computer programming methods that can cull tax returns that are populated with suspicious entries and even psychological appeals designed to prod taxpayers to “do the right thing” and to pay their taxes.

However, solutions to tax evasion are not likely to come from sophisticated strategies like the ones above that academics develop. Instead, tax gap closure will likely be a product of other dynamics that reflect technological and broad economic trends.

This is not the first time that a leak like the Panama Papers has happened.

In 2007, Bradley Birkenfeld contacted the U.S. Department of Justice in the hope of collecting a whistle-blower award and ultimately supplied a flash drive containing the names of thousands of taxpayers with hidden Swiss bank accounts. This led to a series of IRS voluntary disclosure programs in which over 50,000 taxpayers to date have come forward and acknowledged their tax debts, resulting in the collection of over $7 billion.

Going forward, we can anticipate more hackers and whistle-blowers to bring this sort of information to light, raising the following fundamental point: the secrecy of these accounts is no longer sacrosanct and invulnerable.

Taxpayers who think otherwise have to realize that, while their day of reckoning may not be today or tomorrow, it will probably be sometime soon when their entire financial world may come crashing down.

The importance of electronic data does not end with secret and hidden bank accounts. Consider the fact that one of the cornerstones of the underground economy has been the use of cash.

Those who want to cheat on their taxes love cash for the obvious reason that cash leaves no trail, making it extraordinarily challenging to trace. Yet, the use of cash to conduct economic transactions has probably seen its zenith.

Because of technological innovations, cash use is quickly being supplanted with credit card, debit card and smartphone payment applications. All of these latter modes of payment leave an electronic trace that makes cheating on one’s taxes much more difficult – and that makes detecting evaders much more likely. Long ago Congress did away with large bill denominations, largely for this same reason.

Certainly, taxpayers seeking to shortchange the government can still overstate their tax deductions and exaggerate their tax credits, but these sort of derelictions are far easier for tax authorities like the U.S. IRS to identify and stop.

When the U.S. Income Tax Code was first enacted following the passage of the 16th Amendment to the U.S. Constitution in 1913, the nation’s economic driving engine was primarily small businesses and farms. There were of course large businesses and railroads, but these enterprises were not the nation’s dominant employers.

In addition, as small businesses flourished, so did tax evasion. Why? Because collusion is much more readily perpetrated when there are fewer parties involved. In the classic example, a plumber who receives $100 cash for fixing a customer’s sink has to answer only to himself on whether or not he will report it for tax purposes. There’s no other way for the IRS to know about it.

However, those days of small business entrepreneurship are largely over. The vast number of taxpayers in the U.S. now work for much larger business enterprises. Think otherwise? The economic landscape is dominated by mega-businesses like Home Depot, Walmart and Shoprite. In this changed environment, collusion at the individual and enterprise levels is much more difficult to achieve because most of their earnings are subject to reporting.

Implications of closing the gap

These three factors – greater transparency, rising electronic commerce and more large-scale business enterprises – strongly suggest that the end of the tax gap may not be a distant dream.

The closure of the tax gap would have significant implications. It would of course mean more tax revenue that the government could use for public spending, tax cuts and/or deficit reduction.

Imagine $450 billion more in government revenue without politicians having to raise taxes or cut spending – this is 17 percent of total tax liability in 2006. (About $65 billion of that was subsequently collected through enforcement actions or voluntary compliance.) Who knows, but with this sort of revenue in hand, perhaps Congress could use these funds to find a cure to cancer, to build more schools, to repair the nation’s infrastructure. The possibilities are simply innumerable.

However, despite the reasons for cautious optimism, there are still developments that could slow and even reverse these trends. If Congress continues to underfund the IRS, for example, this bodes poorly for tax compliance. The bottom line is that there still needs to be a tax enforcement mechanism lest taxpayers’ derelictions go unchallenged.

In addition, one should never underestimate the efforts that some taxpayers will make to devise new schemes to hide their income, whether in offshore havens or in electronic currency such as bitcoins. Some aggressive taxpayers simply love their money more than they fear that their actions may ultimately land them in jail.

Nevertheless, the biggest boon to tax compliance may ultimately not come down to IRS agents or academics searching for ways to close the tax gap. Instead, it may boil down to the changing nature of our economy and the technological revolutions driving it.

In a world filled with turmoil, it may be refreshing to learn that our fiscal picture may not be as bleak as some might anticipate.

Did you cheat on your taxes? Here’s why your days may be numbered is republished with permission from The Conversation