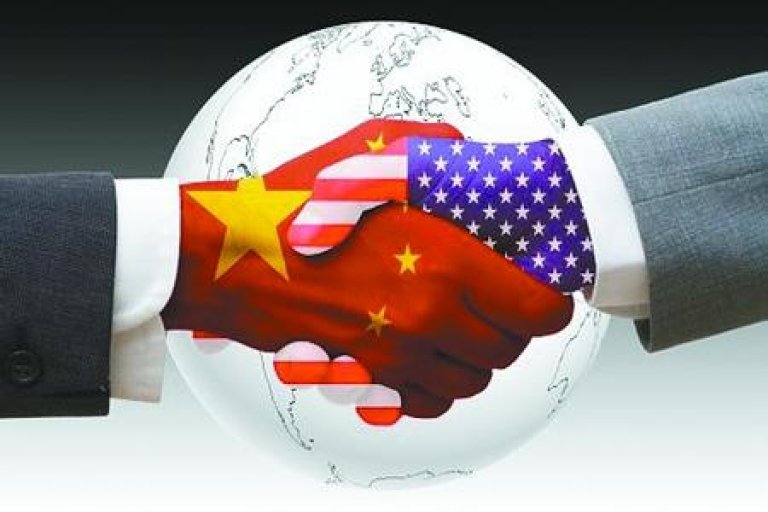 The joint Chinese–American announcement of emissions targets brings the world a big step closer to meaningful post-2020 action on climate change. Barack Obama in his Brisbane speech made it clear where the two superpowers see things going: ‘If China and the United States can agree on this, then the world can agree on this’.

The joint Chinese–American announcement of emissions targets brings the world a big step closer to meaningful post-2020 action on climate change. Barack Obama in his Brisbane speech made it clear where the two superpowers see things going: ‘If China and the United States can agree on this, then the world can agree on this’.

The situation leading into the 2015 Paris climate conference is fundamentally different from Copenhagen in 2009. Then, confusion and suspicion reigned, and while China made a significant unilateral emissions pledge, it upheld the age-old division over climate action between developing and developed countries.

Now, there is a deal between the two major emitters — and as I foreshadowed in October, a China–US deal this year had been on the cards for some time. Other countries can use it as a yardstick, and it will instill confidence.

There are two crucial factors that explain China’s engagement on climate change.

The first is China’s willingness to take a leadership role on matters of global concern. Beijing judges that climate change and climate action will be important strategic and economic issues, and so it wants to lead, not follow.

The second is a new view of the opportunities that climate change action can bring. President Xi Jinping has decried the old model of development as ‘unbalanced, uncoordinated and unsustainable’, and called for emphasis on the quality rather than just the speed of economic growth.

Action to cut emissions is in tune with those objectives. It is not only about limiting future climate change impacts, which could hit China hard.

‘China will lead the world to by providing a blueprint for a new climate economy’, concluded a Tsinghua University report released last week by the New Climate Economy project. Obama called out the ‘false choice’ between development and cutting pollution, and noted that developing countries can ‘leapfrog some of the dirty industries that powered our development’.

The new Chinese and US emissions pledges are meaningful even though they fall short of trajectories that would lead to an even chance of limiting long-term global warming to two degrees.

China committed to stop the rise in its CO2 emissions by 2030, and to increase the share of ‘clean’ energy to 20 per cent of its overall energy supply. This requires expanding the policy effort already underway in China, including through emissions trading and energy market reform.

Many observers consider that a CO2 peak at 2025 or earlier is possible. Reaching an emissions peak by 2030 implies a much earlier peak in coal use, as the consumption of oil and natural gas will keep growing for some time.

China is likely to translate the commitment made last week into a series of more concrete pledges, probably including a date for ‘peak coal use’, as well as a pledge for emissions or emissions intensity after 2020. Previous experience suggests that the Chinese government is serious about keeping its commitments.

The United States committed to a reduction in national greenhouse gas emissions by 26 to 28 per cent at 2025, relative to 2005. This implies roughly twice the rate of annual reductions in the first half of the 2020s, compared to the existing target of a 17 per cent reduction from 2005 to 2020. US emissions reached a plateau in the first half of the 2000s and started falling in 2008, helped by the rise of natural gas. The US also pledged three billion dollars to the UN Green Fund for climate action in developing countries.

The Obama administration is pursuing emissions reductions through regulatory measures, while some states have already implemented market-based mechanisms to reduce emissions.

Despite the obvious potential for a turnaround from Obama’s legacy-building climate policy, especially if there is a Republican administration post-2016, it stands to reason that a future administration would find it difficult to break away from the accord established with China, or indeed to halt the US domestic trend towards a lower-carbon energy system.

Joint leadership by China and America creates pressure for other countries to make meaningful climate commitments, and policies to match. Being out of line would come at a cost.

It will also create a measure of confidence for other countries that policies to cut back on emissions will not damage their economies. Broader action means there is less fear of disadvantage to domestic producers. And the new thinking on economic growth opportunities may catch on. If China does it, many developing countries will try to emulate it.

Agreement among the big two also smoothes the road to a new global climate agreement, to be worked out over the course of 2015 and to be sealed at the December 2015 Paris UN climate conference.

Meanwhile, governments of some fossil fuel exporters like Australia, Canada and Saudi Arabia seem to focus on a narrowly defined self-interest in protecting established high-carbon industries.

The Australian government reportedly fought to downplay climate change in the G20 deliberations and communiqué. Prime Minister Tony Abbott on several recent occasions made statements in support of coal above all other sources of energy. The US President’s reminder in his speech that Australia has much to lose from climate change seems to have had little immediate effect on Australia’s stance.

But with climate change now firmly on the international policy agenda once more, it will be difficult for a small number of countries in an Axis of Carbon to sustain a fundamental opposition against climate policy.

The China-US pact will help focus domestic debate in Australia and elsewhere on the benefits, and the need to get the transition underway rather than perpetuating old industrial structures.

At a minimum, it will drive governments to make climate commitments sufficient to avoid international embarrassment and the risk of alienating allies and key trading partners.