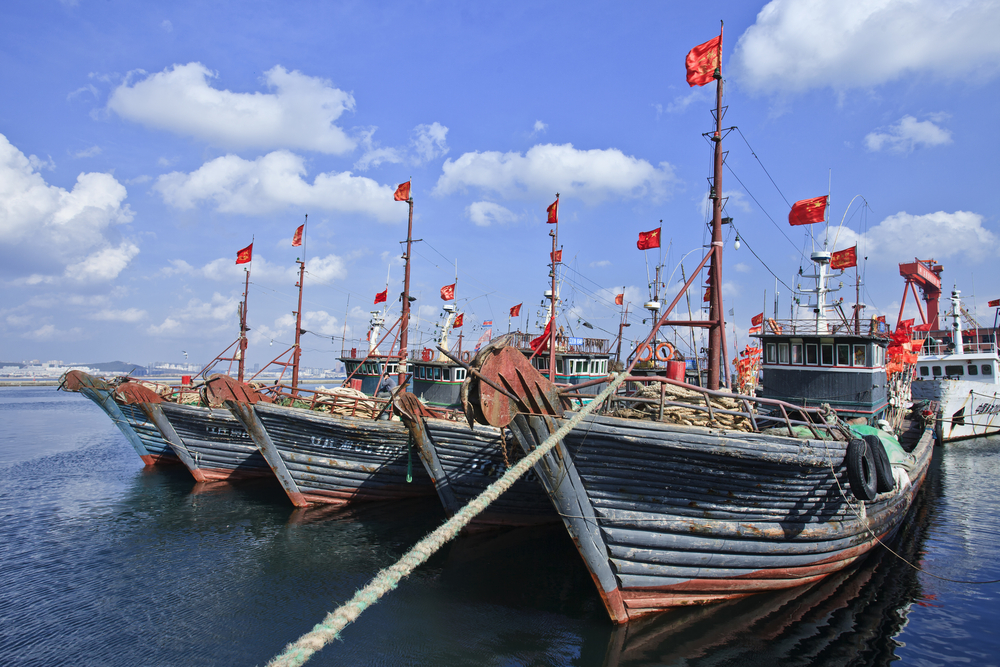 Talks between China and South Korea on boundary delimitation in the Yellow Sea offer a chance to improve bilateral relations and the prospect of extending the agreement to other seas, in particular the South China Sea.

Talks between China and South Korea on boundary delimitation in the Yellow Sea offer a chance to improve bilateral relations and the prospect of extending the agreement to other seas, in particular the South China Sea.

The leaders of China and South Korea agreed in July 2014 to launch a working-level group on boundary delimitation in the Yellow Sea. The first meeting took place on 29 January 2015, discussing Exclusive Economic Zones (EEZs) and continental shelves. Contentious issues, including fisheries, the environment, scientific research and resource development must be resolved in a way that secures the long-term interests of both countries.

Since China and South Korea ratified the UN Convention on the Law of the Sea in 1996, it has been clear that applying it to the semi-enclosed Yellow Sea would be impractical. But it does provide a legal framework that could be adapted. In November 2013, China included the Ieodo area, around the mostly submerged Socotra Rock, in its unilaterally declared air defence identification zone. But both countries have agreed that South Korea’s scientific research station on Ieodo should be considered to be part of the maritime boundaries talks rather than a territorial dispute.

The Yellow Sea represents an essential medium for the future development of the China–South Korea relationship. It is also subject to some serious historical baggage: China and Japan have fought sea battles adjacent to Chinese territory and there have been naval skirmishes between the two Koreas near the Northern Limit Line. The South Korean and US navies also conduct regular joint naval drills, which is a sensitive issue in China since China’s major cities and military installations are concentrated in the area.

These historical and geopolitical legacies often impede economic and social interactions between China and South Korea. For example, the possible US deployment of the Terminal High Altitude Area Defence system on South Korean soil has disrupted the pending ratification of the China–South Korea FTA. There is thus an urgent need to reach agreement on maritime cooperation. This should preferably encompass all of maritime East Asia, rather than being confined to China and South Korea.

Chinese President Xi Jinping has declared he intends China to become a ‘true maritime power’. The realisation of his ‘21st century Maritime Silk Road’ will require the Yellow Sea as its northern avenue. China therefore has an interest in demonstrating its good faith, by entering into comprehensive maritime cooperation with South Korea. For China, the Yellow Sea represents an opportunity to play a constructive role, in contrast to its assertive behaviour in the East and South China Seas.

But illegal fishing in the Yellow Sea by Chinese vessels is not a misdeed by one party. It is a bilateral issue resulting from the depletion of fishery resources and structural problems within the fisheries industry. To ensure stability, China and South Korea have agreed to create the China–South Korea Provisional Measure Zone at the overlap of their EEZs, since the maritime boundary has yet to be delimited, and the South Korea–China Joint Fisheries Committee.

South Korea sees a delimitation agreement for the Yellow Sea as a catalyst to encourage further development and to strengthen its strategic cooperative partnership with China. An agreement might also usefully influence South Korea’s maritime boundary delimitation negotiations with Japan.

The current talks should not simply deal with the long-term preservation of maritime peace and good order, but also address the concerns of China’s neighbours. ASEAN is worried about the South China Sea, where it seems that China is seeking to make its own rules and ignore international norms. An agreement on maritime delimitation in the Yellow Sea would allow China to demonstrate its readiness to respect the international legal framework, which may reassure China’s neighbours.

China has numerous maritime disputes in the East and South China Seas, but its only successful maritime boundary agreement is with Vietnam. China is also blocking agreement on a binding ‘Code of Conduct’ applying to China–ASEAN maritime cooperation. Both ASEAN and Japan have interpreted Chinese claims to East China Sea and South China Sea territories as revealing an intention to restore the regional order that prevailed during the Middle Kingdom era.

The Chinese government acknowledges that the maritime territorial disputes of the South China Sea should be resolved bilaterally, without prejudicing the ultimate resolution of delimitation issues. Progress in the current meetings on the Yellow Sea would therefore imply that China might be willing to work towards compromises with its neighbours in other seas. This would be a very significant change.

China and South Korea must take this opportunity to agree on a definitive delimitation of their maritime boundary. Working meetings on the Yellow Sea are laying the foundations for lasting peace. An agreement could encourage a broader shift in Chinese maritime policy and lead to improved maritime cooperation throughout the region.