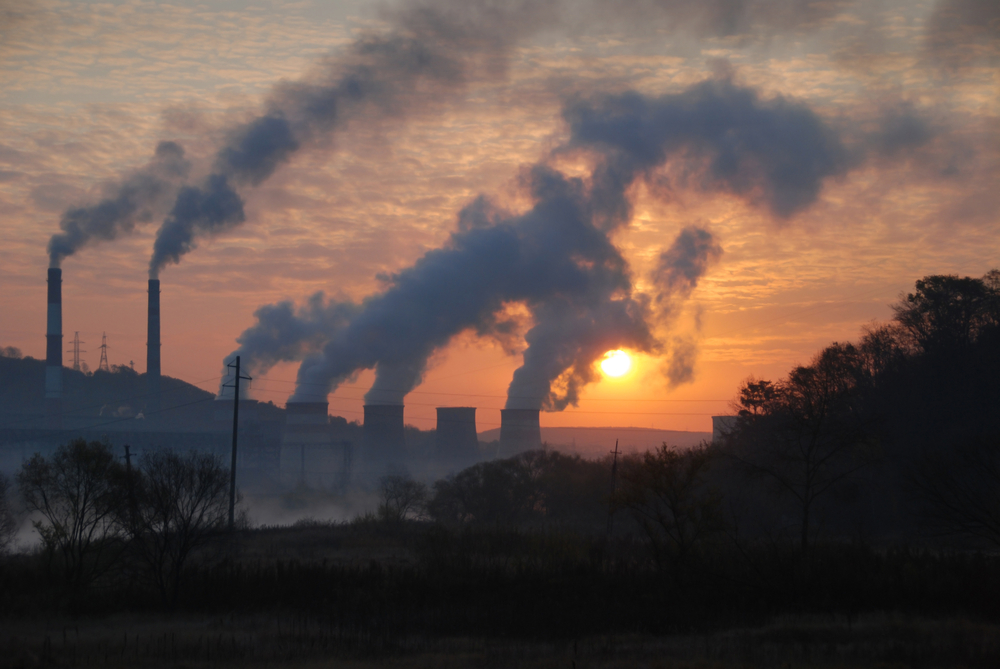 Profound changes in Chinese economic activity and government strategy, increasingly evident since around 2013, caused China’s coal consumption to fall significantly in 2015, and history will likely show that China’s coal use peaked in 2013–14. This marks a crucial turning point in China’s role in both contributing to and responding to global climate change. So what are these underlying changes and what do they mean for climate change mitigation in China?

Consider first the factors affecting energy demand. Chinese GDP growth is slowing for structural reasons. The ‘new normal’ model of Chinese economic growth involves a shift towards economic growth of a higher quality but lower rate. Officially, GDP growth has fallen from an average of 10.5 percent per annum over the period 2000–10 to between 6 and 7 percent in 2015.

Meanwhile, the annual decline in the energy intensity of GDP has actually accelerated over the past two years at the same time as GDP growth has slowed. This is due primarily to the changing structure of Chinese economic activity: energy-intensive industrial activity, such as steel and cement production, has declined, while services sectors, which use less energy, have grown. These structural changes have occurred on top of an ongoing trend of energy efficiency improvement within industries.

The combined effect has been a dramatic slowdown in the growth of China’s total primary energy consumption (PEC) — from a compound annual rate of more than 8 percent per year between 2000 and 2013 to less than 1 percent in 2015.

It is likely that China’s structural transition will continue, reducing the energy requirements of China’s economic activity. Continued improvements in energy efficiency within industries are also likely to continue due to considerable opportunity and a strong policy focus on energy conservation.

Yet there are a number of risks. One is that energy efficiency improvements slow within the heavy industries experiencing structural stagnation or decline, such as steel production. Another is that the fast-growing household and commercial sectors will lead to rapid growth in energy demand for vehicles, buildings and appliances. In each of these cases, there is a critical role for policy to encourage high efficiency standards.

Now consider the changes in China’s energy supply. Coal has long been the dominant source of energy consumed in China, accounting for around two-thirds of PEC in 2014. Over the past decade, China has increasingly sought to diversify its energy supply due to concerns about energy security, air pollution and climate change as well as a desire to develop innovative manufacturing industries in renewable and nuclear energy. This has resulted in a range of measures aimed at expanding the supply of ‘non-fossil’ power generation.

The government has set overall targets for the non–fossil fuel share of PEC of 15 percent by 2020 and 20 percent by 2030, as well as absolute capacity targets for individual energy sources. It has also introduced various support mechanisms to encourage wind and solar power production and nuclear energy. As air pollution reduction has become a more urgent priority, government energy policy has increasingly encompassed direct controls on coal production and consumption. Efforts to reduce coal consumption in industry, which accounts for about half of China’s total coal consumption, are also under way.

China has also introduced a number of measures aimed at reducing greenhouse gas emissions per se, including targets for reducing the carbon dioxide intensity of GDP and carbon emissions trading. Yet despite the intense interest of the international climate policy community, these measures have played very little role in the radical shift in China’s emissions trajectory that has occurred over the past few years. While the importance of these measures is likely to grow over the next decade, they will remain less important than the other factors on both the demand side and the supply side.

China’s expansion of non-coal and non–fossil fuel electricity generation capacity will likely continue apace. But ensuring that China’s growing zero-carbon and low-carbon electricity sources are able to achieve their full potential for reducing the carbon intensity of electricity generation will require China to overcome a number of institutional and political hurdles.

A key set of institutional reform priorities involves marketisation and pricing reforms in the electricity sector. Fossil fuel production and electricity production currently enjoy a range of subsidies and are pervasively undertaxed, putting renewable energy at a competitive disadvantage. It is recommended that China remove subsidies for, and increase taxes on, fossil fuels so that prices more closely reflect their full social costs. Other electricity sector reforms are also needed, including those that would ensure renewable and nuclear energy suppliers are prioritised over fossil fuel generators by electricity network operators.

The outlook for China’s transport sector is more uncertain. Slower GDP growth and sluggish heavy industrial activity will continue to put downward pressure on oil demand growth, as they did in 2014–15. However, oil consumption growth will be driven by rising demand from household and commercial transportation as these sectors grow. The low global oil price will likely increase oil demand, though the government has moved to impose a price floor on crude oil of US$40 a barrel.

Overall, China’s net greenhouse gas emissions over the next decade will likely grow only very slowly — and will peak sometime during this period. China’s carbon dioxide emissions, which appear to have fallen in 2015, may continue to fall gradually. Whether they do will depend on the extent to which the above-mentioned risks can be effectively mitigated.

Ultimately, whatever the exact trajectory turns out to be, it is clear that the outlook for China’s carbon dioxide emissions has changed radically in recent years. This is welcome news for the global effort to mitigate climate change. However, there remains much to be done. The challenge for China now is to avoid a ‘long plateau’ in emissions by implementing reforms that will enable it simultaneously to achieve growing prosperity and rapidly falling emissions. In this regard, China’s enthusiasm to ratify the Paris Agreement is a positive signal.