Home » Calling The Bluff On The Visa & MasterCard Antitrust Settlement

Calling The Bluff On The Visa & MasterCard Antitrust Settlement 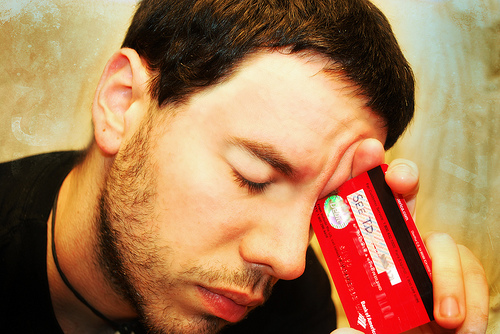 What would have been the largest class-action lawsuit in US history was set to go to trial this month. The defendants, Visa and MasterCard, were being sued by practically every merchant in America for alleged fee-fixing. Some estimates pegged the damages to be in the tens of billions. Instead, the defendants may have averted Armageddon with a settlement proposed back in July. But is it just a “stunning giveaway” as Senator Durbin claims?

What would have been the largest class-action lawsuit in US history was set to go to trial this month. The defendants, Visa and MasterCard, were being sued by practically every merchant in America for alleged fee-fixing. Some estimates pegged the damages to be in the tens of billions. Instead, the defendants may have averted Armageddon with a settlement proposed back in July. But is it just a “stunning giveaway” as Senator Durbin claims?

The whole hoopla is over the costs incurred by merchants for processing credit cards (interchange fees). In the United States, the average is around 2 percent of the purchase price. This is significantly higher than most Westernized nations. For example, nearly a decade ago, the Reserve Bank of Australia reduced their country’s fees from around 0.95 percent to 0.50 percent. In most European countries, a merchant will pay around 1 percent or less.

The Stakes Are High

With such a discrepancy in fees between the US versus the rest of the world, obviously there was a lot riding on this lawsuit. Visa (V) and MasterCard (MA) raked in over $7 and $10 billion, respectively, during the trailing twelve months.

With almost half of that revenue coming from the US credit card market, a permanent reduction in fees would be catastrophic (for shareholders, at least). Lucky for them, they may not have to worry about that if the settlement is approved.

There’s a slap on the wrist for years and years of alleged price fixing, along with a very short-lived reduction:

Aside from that, the settlement also offers what seems like a long-term solution:

·       Merchants will be allowed to negotiate collectively over swipe fees

·       Surcharges for credit cards will be permitted, except in the 10 states which already outlaw them (New York, California, Colorado, Connecticut, Florida, Kansas, Maine, Massachusetts, Oklahoma and Texas)

Is It Just a Bunch of Fluff?

A settlement of $7.25 billion may seem like a lot, but when you dig a little deeper, you discover who the real winners are.

On September 11th, the National Retail Federation announced it would go to court to try and block the settlement from being approved. Their senior vice president and general counsel Mallory Duncan said:

She goes on to say it’s a “drop in the bucket” compared to what merchants were overcharged. In many regards, she’s right.

A plaintiff pool of around 7 million merchants might mean a small slice of pie for the mom and pop merchants (because the compensation for past damages will be awarded proportionately, based on volume). Yet ironically, it’s the mom and pops who suffered the most since they didn’t have the pricing power of say, a Walmart or Amazon, to negotiate more favorable swipe fees.

However the best case to be made against the settlement is that it offers no permanent reduction in fees, nor does it protect against future fee hikes.

Charging a Fee For Credit Cards?

Of course the whole crux of the deal is that it supposedly does offer a permanent remedy, since merchants will now be allowed to tack on a surcharge for credit card payments. But will that actually fly with consumers? Fat chance. And even if it did, retailers with half a brain won’t do it.

Here are the three reasons why surcharges will never catch-on:

Smart consumers will spend the same amount regardless of whether they’re paying with paper or plastic. But of course, not every consumer is smart.

Impulse buyers spend more with credit cards. Almost a decade ago when McDonalds ran their pilot program for accepting card payments, they found that the average transaction size increased from $4.50 to $7.00. That’s over 50 percent higher. As a result, they immediately rolled out card payments nationwide.

The logic here is not much different than advertising: companies pay for ads to increase their sales. In the same way, most savvy businesses know that the cost of credit cards will be worth it, if it means higher sales.

Right now, we’re already paying for credit card processing costs, in the form of slightly higher prices. Anyone who believes otherwise is fooling themselves, because obviously merchants account for these fees when pricing their products and services. The reason consumers are okay with this is because it’s not an added line-item fee they ever see.

The second that changes – and the processing costs turn into an added fee – consumers will throw a fit. Rather than paying, they’ll just shop elsewhere. In this economy, businesses are already pulling all the stops to get people in the door. Will it really make sense for them to adapt a practice that scares away customers? Even this small business owner, quoted in The New York Times, is smart enough to know that trying to squeeze out surcharges from customers just won’t work.

Are consumers going to go back to the days of carrying around a billfold and change purse? Highly unlikely. People like the convenience of plastic and getting them to kick the habit would be an uphill battle. Not to mention, credit cards with cash back and airline miles only further incentivizes their use.

Meanwhile, businesses enjoy other benefits from plastic, whether they like to admit it or not. It can be expensive to process cash and coins. There’s the added labor of counting it, transporting it, and safeguarding it. Not only do card payments speed up the checkout line, but they also save a business from the hassle of handling currency.

Conclusion: It’s Nothing But a Bluff

At first appearance, the settlement may sound like a win for merchants since it gives them the right to charge more for credit cards. But that part of the deal is a bluff, as it will never come to fruition on a widespread scale. You can bet that Visa and MasterCard did their due diligence on this – because if they actually believed it would materially impact their business – they would have instead rolled the dice and gone to court.

However the biggest winners of all are the lawyers from both sides, as one can only imagine the legal fees which were incurred from the largest class action lawsuit in all of history.

Michael Dolan is the founder of CreditCardForum.com, a popular resource where consumers can compare and critique low interest, airline, and cash back credit cards.

Founder of CreditCardForum.com, a popular resource where consumers can compare and critique low interest, airline, and cash back credit cards.

View all posts by Michael Dolen