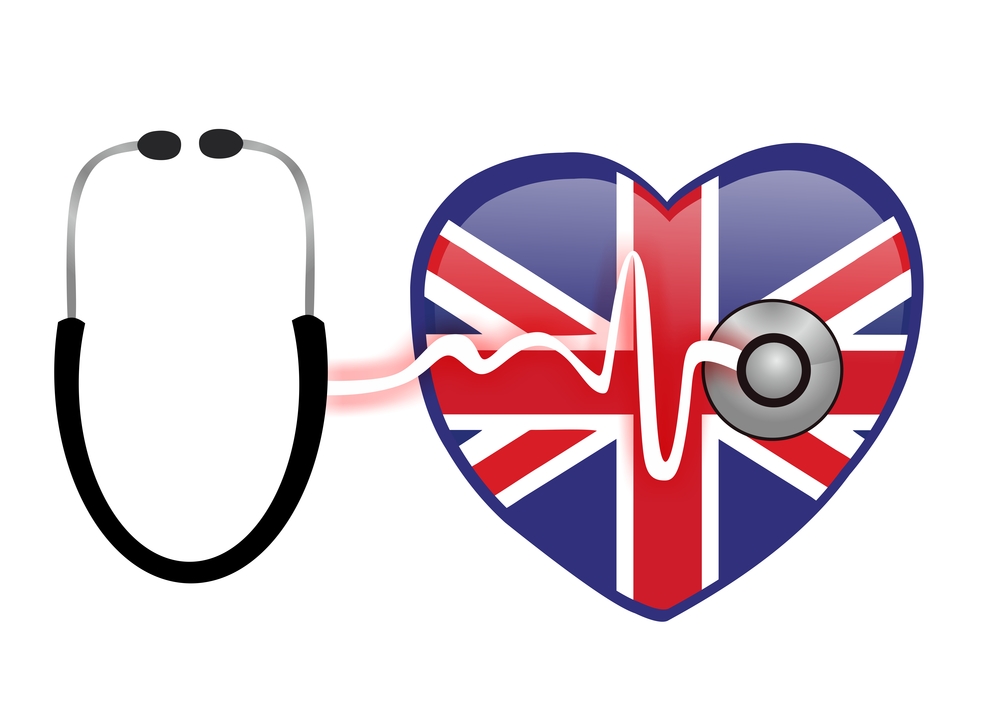 The policies of successive British governments have led to radical changes in the NHS’s structure that have seen private healthcare providers snaffle billions of pounds of contracts. That is just a staging post. It is only a matter of time, critics say, before we see the abolition of the central NHS principle of free healthcare for all citizens at point of delivery.

Aeron Davis, Professor of Political Communication at Goldsmith’s, University of London, said there was a deliberate government strategy to fully privatise the NHS as part of its wider political ideology. “The Conservative Government is hell-bent on privatising everything. It has one policy that goes back to the Margaret Thatcher years and that is to shrink the state and privatise and outsource as much as possible,” he said. “With the NHS, they have taken the steps before full privatisation by setting up structures that enable the swift and easy transition to privatisation. An increasing number of contracts are being outsourced to private providers and these are often US healthcare insurance companies.”

Professor Davis said there were three elements to the covert privatisation strategy. “First you change the structures to enable privatisation, and underfund it drastically and publicise its faults constantly. Second, if you can declare the NHS isn’t working, you can blame inefficient bureaucracies and overpaid, inflexible doctors. It’s easy to make those transitions in a British media dominated by right-wing newspapers. The final step is to say there is no choice but to bring in private healthcare insurance.”

A recent report from the King’s Fund economic think-tank provides evidence of this drastic underfunding despite a 2010 pledge from Prime Minister David Cameron to increase spending in real terms. The King’s Fund research reveals that NHS funding has fallen dramatically and will be £43 billion a year less than the European average by 2020. The report ranked the UK system 13th out of 15 EU members in terms of investment.

A closer look at the US system shows why it should be carefully avoided. For one thing, it is far more costly for everyone, including the state. Contrary to popular perception, a recent study published in the American Journal of Public Health showed that taxpayers fund 64% of US healthcare or US$1.9 trillion a year (2013).

That is actually more per capita than anywhere else, including countries with universal healthcare. The estimated total US health spending for 2013 was US$9,267 per capita, with the government’s share being US$5,960. President Obama’s Affordable Care Act will push that figure even higher by 2024.

“We pay the world’s highest healthcare taxes. But patients are still saddled with unaffordable premiums and deductibles,” said co-author Dr Steffie Woolhandler, a professor at the City University of New York School of Public Health. “Meanwhile, billions are squandered on paperwork, and insurers and drug companies pocket huge profits at taxpayer expense.”

The first was government outlays for public employees’ private health insurance coverage, which amounts to US$188 billion, or 6.4 % of total spending. The second is tax subsidies to healthcare, which costs US$294.9 billion, or 10.1% of the total.

In the UK, the massive involvement of the private sector has already increased administrative costs. Dr Charles Webster in his book A Political History of the NHS said the introduction of the internal market had seen costs rise from 5% to 14% of total expenditure. In the US, administrative costs are even higher, accounting for 25% of hospital spending, according to a study by the Commonwealth Fund.

Immune to the facts, influential figures in the Conservative Government have long favoured the US-style model. David Cameron’s Chief of Policy, Oliver Letwin, penned a document for a think-tank in 1988 entitled ‘Britain’s biggest enterprise: Ideas for radical reform of the NHS’. It called for increased reliance on private companies, but it also advocated scrapping the founding principle of free healthcare at point of use and proposed charging patients for every service. Letwin claims to no longer hold these views, but few believe him. Meanwhile, the Health Secretary, Jeremy Hunt, co-authored a 2005 book Direct Democracy calling for the NHS to be replaced with a privatised service. He has also issued unconvincing denials.

One of the great stepping-stones in the Government’s far-sighted plan was the introduction of the Health and Social Care Act 2012. Although the act did not begin private sector involvement – both the Blair and Brown Labour governments used private providers as part of their reform programme – it extended a market-based ‘competitive’ approach by forcing the tendering of all lucrative contracts. In 2014, £3.54 billion out of £9.63billion worth of NHS deals – around 40% – went to private firms.

However, the structure of the NHS is still evolving inexorably towards the final goal. The Health Act severed the Government’s responsibility for the NHS by devolving it into a series of separate bodies. Although done in the name of localism, the underfunded trusts are forced to sell services to the lowest bidders. Clinical commissioning groups (CCGs) are supported by commissioning support units (CSU) which are likely to be privatised.

“The structure of CCGs is in place to hand over budgetary control to the CSUs, which are led by the big four accountancy firms and UnitedHealth under their subsidiary Optum,” said Dr Bob Gill, an NHS Doctor and campaigner with the National Health Action Party. “Private insurance companies will hold all the funding and be able to commission services.”

Having run down the NHS services, the Government will begin to introduce charging and private healthcare insurance in a few years time. At this point, the resemblance to the US system will be flagrant. “Insurers will get hold of electronic data about medical histories as they have in the US. If an ill person has a minor condition that is cheap to treat, they will settle.

However, if there is a major diagnosis they will look through the medical records with a fine toothcomb to make the claim ineligible. The system corrupts doctors as the best-paid ones make decisions to deny people care,” said Dr Gill.

Within the NHS, there is great anger, but whistleblowers are being bullied into silence, according to Dr Gill. He gives the example of the brilliant cardiologist Doctor Raj Mattu, who criticised overcrowding and was forced out of the NHS. He won £1.22 million in damages for his treatment at the hands of bosses at the University Hospitals Coventry and Warwickshire NHS Trust (formerly Walsgrave Hospital). Nevertheless, Dr Mattu is still out of pocket after a legal battle lasting years. “NHS whistleblowers for 20 years have been systematically destroyed by a campaign of bullying and harassment in order to protect the privatisation project. We see behaviour you would associate with a dictatorship in our most treasured public service,” said Dr Gill.

Dr Mattu was kicked out of the NHS in 2002. His ‘crime’ was to expose publically the policy of cramming five beds into four-bed cardiology bays. The fifth bed was left without crucial emergency equipment, including oxygen, suction and defibrillation. His warnings about a ticking time bomb were ignored and his worst fears came to pass.

A man required emergency treatment, but the cramped position of the bed and the lack of equipment brought about a tragedy. “For raising this concern, he was suspended and had 200 false allegations made by the trust, including one of rape and another of fraud. None were substantiated and the police dismissed them all,” said Dr Gill.

With so many whistleblowers afraid to speak out, the movement to reinstate the NHS as a fully nationalised service requires high-level political support. The leader of the opposition, Jeremy Corbyn, believes the NHS “should be completely publically run”. However, Dr Gill says his leadership on the issue has been weak to date.

Meanwhile, Corbyn’s Shadow Health Secretary, Heidi Alexander is fully supportive of the Government’s privatisation agenda as New Labour’s Tony Blair had been. Worse still, the head of the NHS, Simon Stevens, used to work for UnitedHealth as head of their global division and has a vested interest in supporting his former employer’s industry. “While at UnitedHealth Europe he secured their position as a preferred provider for NHS commissioning and now he’s back to finish the job with his ‘five year plan’,” Dr Gill said.

The future of health care in the UK will look something like Michael Moore’s 2007 film Sicko, an alarming expose of the dark arts of US private healthcare companies, Dr Gill believes. The film opens with the heart-wrenching story of a professional middle-aged American couple who endured financial disaster in their late 50s after the husband had heart attacks and the wife got cancer.

The insurers refused to pay out and the humiliated couple had to sell their home and move into a crowded room in their daughter’s house. Explaining how insurers make billions from denying care, a claims adjuster tells Moore: “You’re not slipping through the cracks. They made the crack and are sweeping you toward it.”

Later in the film, Moore visits the NHS hospital of Hammersmith, in London, and gasps theatrically as a doctor tells him that sick people aren’t charged thousands of dollars for treatment. However, Dr Gill says that situation is about to change. “The film shows what the NHS could look like in a few years time if we can’t oppose it politically. It will be a plague on all our houses,” he said.

View all posts by David Smith